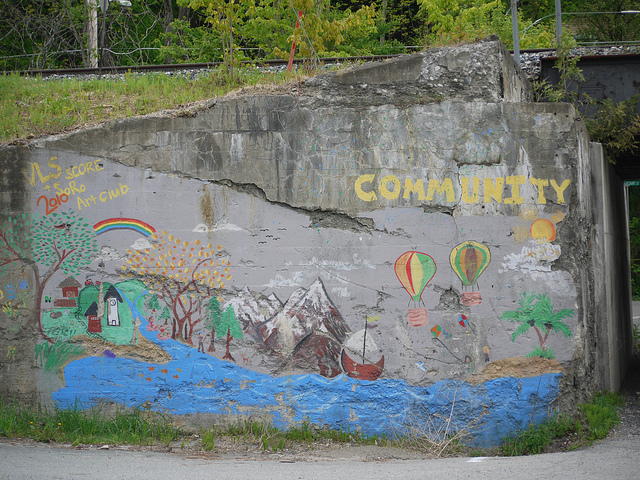 Before joining the Institute for Solidarity Economics recently, I spent the last five years working for rural communities charity the Plunkett Foundation, an organization which supports the establishment of community co-operatives. Community co-operatives are businesses which trade primarily for the benefit of their community. Controlled by the community themselves, they have open and voluntary membership and, crucially, they encourage people to get involved – either by becoming a member, or by volunteering time or getting involved in another way.

By encouraging widespread involvement from their local community members, community co-ops play a really important role in helping to overcome issues like social isolation and loneliness, which can be prevalent, particularly in rural areas. Community co-operatives are set up on a one member, one vote basis, rather than one share, one vote. This is important because it means that all members have an equal say in how the co-operative is run, regardless of how many shares they’ve bought or how much money they've invested. In this way, they are truly democratic forms of business.

People choose to set up community co-ops for a variety of reasons, from safeguarding local services which may be under threat of closure, like the village shop or local pub, to wanting to establish a new service that meets the needs of local people. In all cases, the result is usually a thriving local hub of activity which meets a broad range of social needs.

There are now hundreds of community co-ops thriving all over the U.K. One example is the co-operatively owned George and Dragon pub in Hudswell, North Yorkshire, which recently won the coveted 2017 CAMRA Pub of the Year Award – a brilliant example of a local becoming so much more than a pub. Around 200 people came together when the pub closed nine years ago and reopened it as a co-operative, recognizing that if they were going to save one of the only community spaces left in the area, they’d have to do it themselves. Today it's a busy community hub that contains the village library, a community shop and community allotments, and the pub caters to both locals and visitors alike.

Recently celebrating its 15th birthday is Dalwood Community Shop in Devon. The shop is entirely manned by 45 volunteers and is open 363 days per year. It's one of 31 such community shops in the county, all of which are safeguarding these vital village services and making a real difference to the lives of people who live there.

Here's an outline on how you can set up a community cooperative. Please open the infographic below in a new tab to view a larger version: 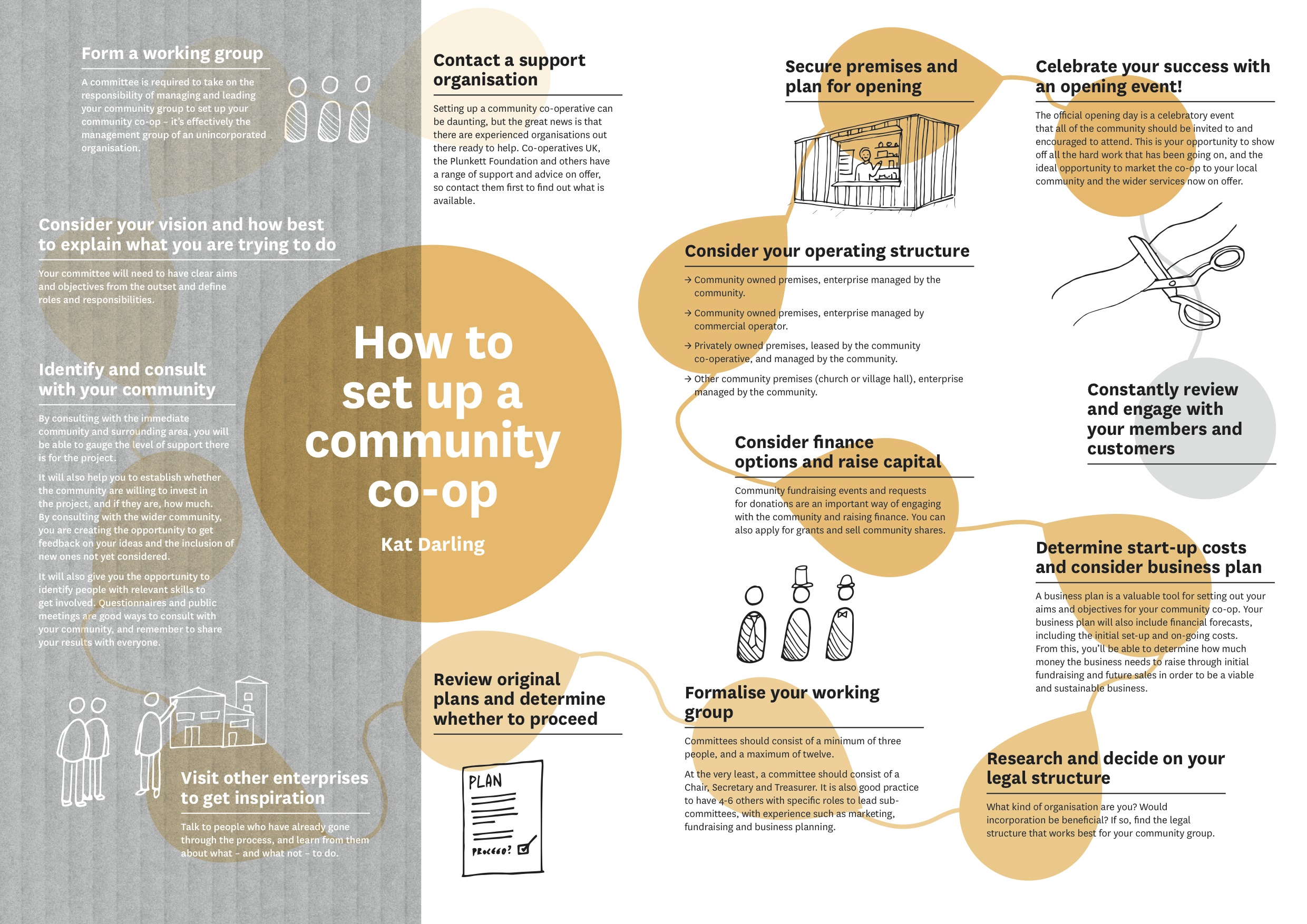 This piece was originally published in STIR to Action Magazine.