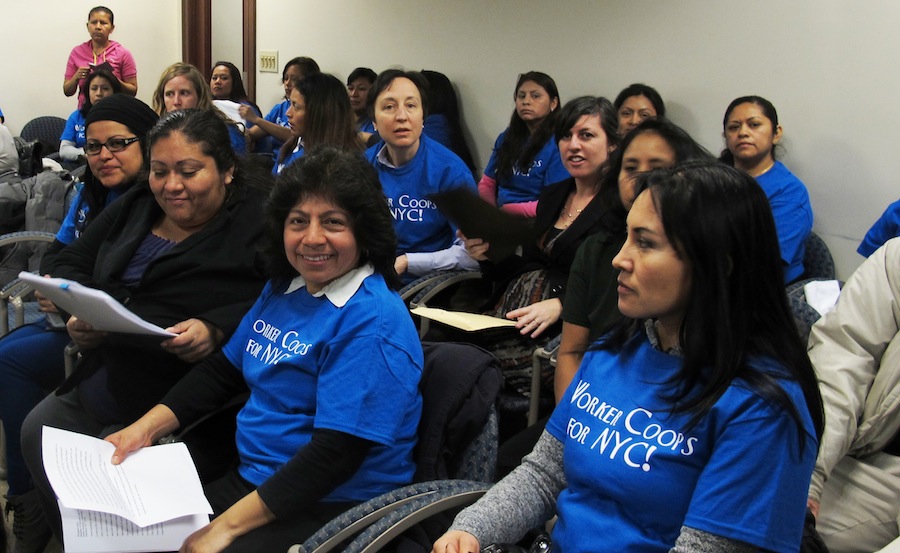 Chris Michael is laying down some hard truths. The founding director of the New York City Network of Worker Cooperatives (NYC NOWC), Michael gives a lot of thought to our collective relationship with work and he doesn’t like what he sees. “For the most part, here in the West,” he says, “we’re under the direct, minute to minute, command and control of the investor class.”

He talks about the “abhorrent condition” wherein our bodies and mental capacity are being rented, on an hourly or annual basis, by rich people. But this isn’t a gloom and doom conversation we’re having. Worker cooperatives—or democratic businesses, as Michael calls them—are demonstrating viable alternatives to this rich-boss-poor-worker model. From the huge Mondragon Corporation — a federation of worker cooperatives in Spain — to small, local shops and services, employee-owned businesses offer a way to get out from under the all-controlling command of a boss, and they’re making a lot of interesting noise lately.

In some municipalities, including New York City, local governments are partnering with worker cooperatives to fulfill government contracts. This means that government dollars, rather than going to top-heavy businesses that sacrifice employee well-being and fair compensation in pursuit of larger profit margins, are going to businesses that prioritize long-term employment, fair wages, and democratic workplaces.

NYC NOWC is also working with the city’s Economic Development Corporation (EDC) which opens the possibility of doing a comprehensive analysis of worker cooperatives within the city leveraging EDC data sets and staff resources. 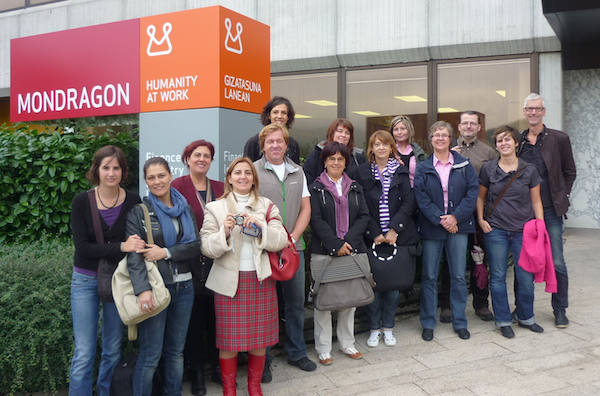 The Mondragon federation of worker cooperatives employs over 80,000 people in Spain

At a recent public hearing, NYC NOWC made several requests of the city: that it recognize worker cooperatives as valuable tools in job creation, promoting living wages, reducing income inequality, and encouraging democratic workplaces; that EDC, SBS, and city workforce funding should be utilized to support and grow worker cooperatives in the city; and that worker cooperatives should be made a preferred contractor for city agencies.

At the hearing, attendees packed two rooms, with a live feed of the hearing shown in the second room. They brought t-shirts and went double their scheduled time. Things went, according to Michael, remarkably well. When all was said and done, the council members on the committee wanted t-shirts and the chairperson said she’d never been at a public hearing where everyone was on the same side.

These organizations advance the notion that we should strategically develop democratic businesses leveraging the procurement power of large institutions. Michael says that he’d build on that notion and “start at home” with government spending.

“We have some theoretical and actual control over the purchasing that our town, city and state does,” he says. “It makes a whole lot of sense of me that we start with an institution that we have some control over, and government is the largest institution around.” 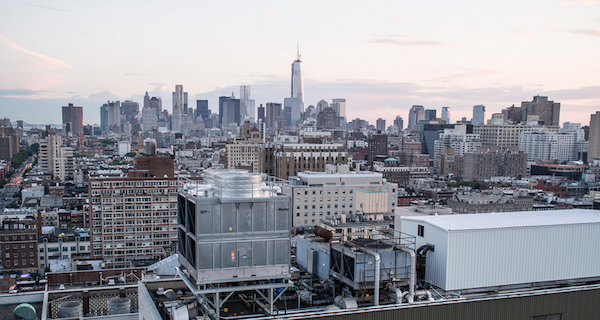 NYC NOWC is spreading the word about worker cooperatives all around the city. Photo by jseliger2 (CC-BY)

Getting the Ball Rolling

When I ask Michael for advice on engaging government officials in supporting and utilizing worker cooperatives he says that NYC NOWC is still figuring some things out but he offers the following steps to get things rolling. 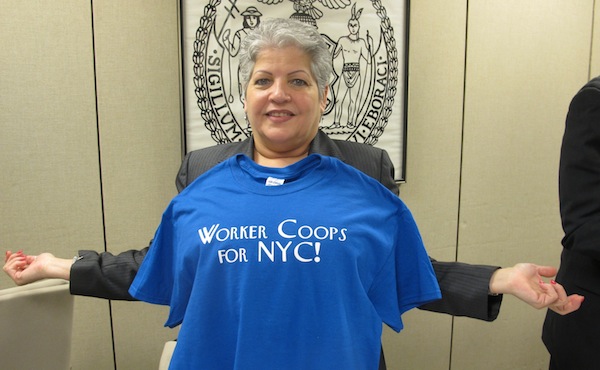 Even the council members got in on the coop love at a recent public hearing. Photo: NYC NOWC

Michael points out that the model that worker cooperatives put forth of working collaboratively is nothing new. “We cooperate at a scale unheard of in history,” he says. “It speaks to the power of humanity to achieve great things in unison.”

But he adds that while we collaborate on a global scale every day, most of it us under the rule of an employer rather than a democratic business. Worker cooperatives spring from the heart of democracy: valuing every voice.

The biggest challenge NYC NOWC faces, at this point, says Michael, is securing funding. The organization is competing with other organizations and programs for limited funds.

“There are lots of great organizations to fund in the city,” says Michael. “The mayor wants to fund food, education, hunger and afterschool care. Who can argue with that?”

He says that right now, the NYC NOWC team is sticking their neck out there and trying to ask for something that council members and the mayor will be interested in funding, and are capable of funding given all the other demands that are being placed on them. Looking forward, the organization will continue working to get the city behind democratic businesses, one step at a time.

“We start where we can,” Michael says. “We fulfill the government contracts that we can fulfill and we progressively demand more until we reach the point, I hope in my lifetime, where we can demand all government procurement be done with worker cooperatives.”

He acknowledges that this may indeed be many years in the future, but hopes that at some point, the idea of sacrificing individual and collective freedom for an employer will be a thing of the past.

“One could imagine a society,” he says, “where it’s unlawful to rent a human being.”