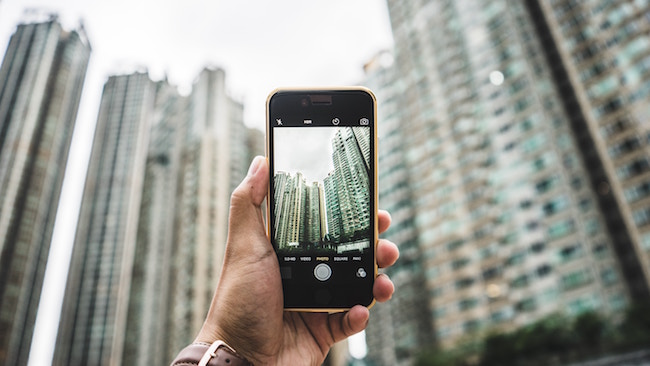 Mobile technologies are reshaping people's civic engagement in a number of ways. Smartphones have now opened up so many avenues for people to report issues and share ideas to improve their cities. They've also enabled local authorities to improve services for their constituents. Before the widespread use of smartphones, a resident who wanted to complain about a pothole would either have to call or write to their local city council. Now, they can report it through SeeClickFix or StreetBump, an app which collects data on road conditions while driving. These apps make it easy to both file requests and track their progress. When a problem submitted by a user has been fixed, they usually receive a notification. Such feedback mechanisms promote engagement because users can see that their input has been taken into account and that they play a significant role in improving their cities.

Cities across the world are also encouraging residents to solve challenges together through app competitions. Developing urban communities is an underlying theme of many of these competitions. Some might believe app competitions are exclusive for people with a background in technology. Undoubtedly, they have a major role in creating the apps. But equally important is the identification and prioritization of issues — here, the knowledge and experiences of city residents is crucial. Technical and real-life knowledge are both immensely valuable for developing civic engagement apps.

For instance, the Täsä mobile app, which helps capture citizens' ideas regarding urban development sites as they pass by them, engages both local authorities and residents. Officials in the city of Turku in Finland ask for input in the form of "missions" — questions or polls, to solicit ideas from residents. In turn, residents can propose their own missions, respond to missions near their location, or post their own ideas, polls, and service requests. Täsä was envisioned as a communicative tool, where local residents and government officials would discuss and build on each other's ideas to develop the city. In a similar vein, the app Neighborland uses mobile technologies, along with other online and offline outreach activities, to engage residents and civic leaders in neighborhood development. Users can suggest development ideas and support ones that resonate with them. They can also discuss how to turn these ideas into tangible projects. And the WideNoise app, a project based in the E.U., lets users monitor and share noise pollution levels at various locations with other users.

Although mobile apps have become a preferred communication channel to promote civic engagement, they are best viewed as part of a multipronged citizen engagement campaign, rather than a single solution. The examples above show different ways of employing mobile technologies to engage the public and improve cities. Fostering a participatory culture needs to be integrated seamlessly with the technologies people use and with the city's daily operations.

The author was part of the research consortium behind the Täsä app. The views and interpretations in this piece are those of the author alone.

Titiana Ertiö is a project researcher and PhD candidate at the University of Turku. She studies the role of mobile technologies for civic engagement. She is interested in the impact

Titiana Ertiö is a project researcher and PhD candidate at the University of Turku. She studies the role of mobile technologies for civic engagement. She is interested in the impact of mobile apps on participation and new forms of participation they enable.