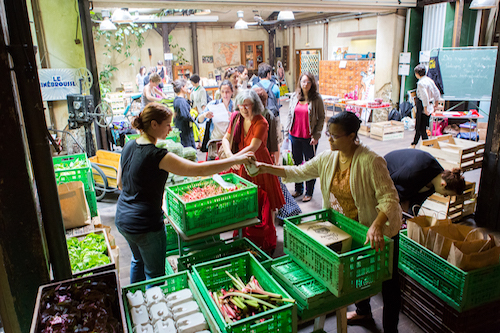 The first "Ruche," or Food Assembly, took place in La Fauga, France, near the city of Toulouse, in September 2011 and took off from there. It was a space where consumers could meet food producers and pick up produce that they had previously ordered online. Since then, it has grown into a robust network of independently operated farmers' markets organized via an online platform. The timing for the launch of Food Assembly was ideal. In France, campaigns against genetically modified food had been simmering for years, and along with a drought and other challenges affecting French farmers, there was a strong desire for new, sustainable alternatives. "I believe we arrived at the right time to market, there was a lot of media coverage of agricultural crisis [in France], and there was a need from consumers and producers to find the right solution," Melissa Martinay, a spokesperson for Food Assembly in Paris, France, says.

What made Food Assembly stand out from other similar projects was that it incorporated the concerns of not just consumers in its platform but also of farmers from the very start. "Other initiatives, they didn't necessarily focus on supporting the farmers first, and this was something that appealed a lot to both farmers, and consumers," Martinay says. In order to maintain that cooperative spirit, in November 2012, Food Assembly obtained a Collaborative and Social Certification (ESS, économie sociale et solidaire) from the French government, the same designation used by most cooperatives. Since then, it has also gotten a B-Corp certification. The organization's growth has been substantial, and today, there are over 900 Assemblies, connecting farmers, producers, and consumers, taking place every week, across Europe. 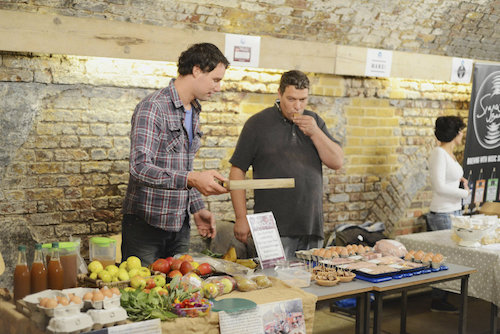 In a modern, urban consumer economy, the gaps between farmers, food producers, and consumers is wide. In Europe, where about 74 percent of the population lives in cities and rarely gets a chance to visit farms, bridging that gap can be challenging. The places where most people get food — grocery stores, restaurants, cafes — are often several degrees removed from farmers and other food producers.

There's a negative financial impact as well. Because farmers are so far away from consumers, they have to rely on middlemen, such as chain supermarkets, to reach consumers. Every link on the chain between farmers, food producers, and consumers is a loss in profit for farmers who only get 15-25 percent of what any product is sold for in most supermarkets, according to Food Assembly. 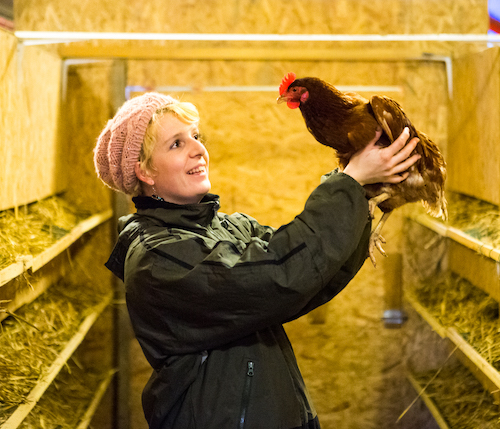 Addressing this problem and creating a more equitable, community-driven food sharing economy was the initial goal of Food Assembly, which was founded as "La Ruche qui dit Oui!" (The hive that says yes!) in 2010, by Guilhem Chéron, Marc-David Choukroun, and Mounir Mahjoubi. The goal was to reduce the number of intermediaries between consumers and food producers. From the get-go, the organization had a technical component, utilizing a web platform as the key tool to connect members and farmer-producers. "We're both a web start-up and social enterprise," Martinay says. "We define ourselves as part of the collaborative economy with a social component."

Each "Assembly" is independently operated, but with plenty of support from both Food Assembly staff, and other Assemblies. You have to be a member of an Assembly to participate, though there is no membership fee. Once you join, you get access to an updated, online catalog of local food products, which you order and pay for through the website. Members then pick up their food at an in-person Assembly, held at a set time in a local venue. This allows members to  not only meet their neighbors, but also the people behind the food they are eating. Key to each Assembly is the host, who works with the Food Assembly network to create the weekly catalog of all the local food products available from producers, and arrange logistics with the venue. It is an important role, and one that is not run by volunteers – hosts are paid a portion of sales, to value the time and effort they put into making the network work.

In fact, everyone gains in the process. For consumers, it's access to fresh, seasonal foods all 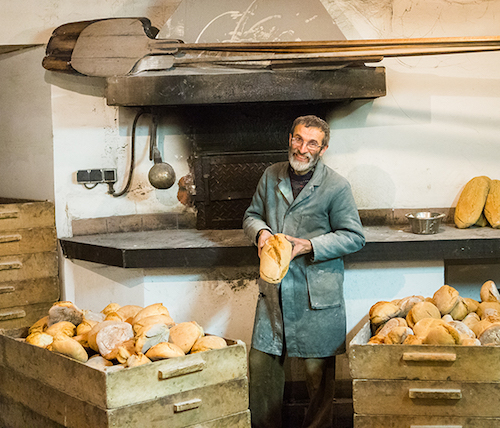 grown or produced within 150 miles or 250 kilometers, depending on the country. For farmers and food producers, it's a bigger cut for their labor, as over 80 percent of the price paid by members goes straight to them — a far higher percentage than they receive from supermarkets. The remainder goes to the host and to Food Assembly itself, to maintain the web platform, provide support, and expand the network.

Growing from a single Assembly in 2011, to over 900 in 2017, makes Food Assembly one of the most successful examples of a sharing economy platform scaling rapidly while maintaining its core values. It was not easy, however, as it encountered several challenges on the way.

For each Assembly to work, you need a mix of the right people: a dedicated host, and certain number of farmers-producers and members. Getting that balance can be a challenge, especially in a certain regions.

"In some regions, there is synergy — it works well, it inspires people, and it spreads," Martinay says. In other places, not so much. For example, Food Assembly found it especially difficult to expand in London due to a scarcity of producers willing to enter the city to distribute their produce.

"The logistics for producers [in London] is hard," Martinay says. "They are not [willing to] spend so many hours and effort to transport goods. The distance between their farms and the consumers is a lot." They are now testing a new model where they allow farmers and producers to drop off goods at an easier location for a slightly higher fee — an optional service, but one that might help bring more producers to Assemblies in cities like London.

Going global was also difficult. Food Assembly grew fast in France, due to timing, complementary logistics, and a dedicated community. In other countries, however, growth has been slower from the get-go. Martinay believes this was due to not fully understanding cross-border and regional differences. 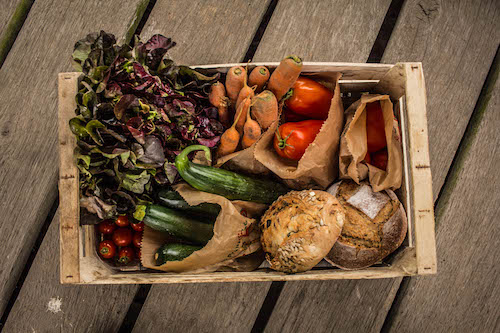 "We underestimated the cost of localizing a project," Martinay says. "But now we've put the right resources in the new countries." And it's paying off, as there are now more than  100 Assemblies in the U.K., Belgium, and Germany.

In the end,what matters most to success and growth is not analysis or ample resources, but the people who form the core of each community. They are the ones who set up, organize, and maintain each Assembly. "Put people first," Martinay says. "We can do a lot of market studies to grow the network, but in the end a platform like ours really relies on people."

It can be a tough balance, especially when it comes to the host of each community. "It is a challenge to identify the right person, and empower them properly, without being forced to control them too much." This means that not every Assembly is run to the standards that they would like — but it's a necessary tradeoff to maintain a truly diverse, open, and welcoming network.

There are now 900 assemblies across Europe, but this is just the start. The main goal going forward for Food Assembly is to grow  that number so more consumers, farmers, and food producers have access to each other and gradually build communities in more and more regions. The key to doing this will require a better understanding of how the platform is creates value. It’s a challenge as Food Assembly focuses on community and connections, not purely finances. Food Assembly knows about how much value is gained through the exchange of food — but that's only part of the story.

"It's hard… we have a lot of anecdotes and stories to tell about producers, but not aggregated data," Martinay says. "We can monitor how much [producers] sell through the network, whether this this allowed them to hire an extra worker on the farm, but to what extent has participating opened up perspectives on what to grow or transport… I'm not sure we will ever be able to collect this kind of information, but it is a big part of the impact."

One of the goals for this year is to incorporate survey tools and other means for members, hosts, and producers to provide feedback. This would help Food Assembly understand how they can assist them in  gaining more value from participating. The rapid growth of Food Assemblies across Europe shows the desire for a more cooperative food system, in which consumers and farmers are more closely connected, and can work together to create a more equitable, sustainable economy. It also shows that sharing can be scaled, if people are central to the network, and the incentives are setup to create positive outcomes for all participants.

This piece was originally published in "The Sharing World" by the Sharing Economy Association of Japan. All images courtesy of Food Assembly