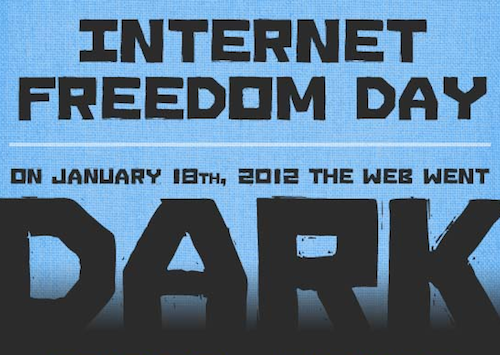 A year ago today, the web went dark. In protest of SOPA and PIPA, two bills that threatened Internet freedom, a massive wave of people signed petitions, tweeted, wrote articles, called representatives and blacked out websites. And it worked. Several sponsors and senators withdrew their support for the bills, SOPA was tabled and PIPA was postponed. It was an inspired moment, the voice of the people had been heard.

To mark the date, January 18 has been declared Internet Freedom Day. In celebration of the new holiday, the folks at Techdirt put together an infographic illustrating the numbers that were involved in the protest and reminding us that the work is not over.