Happiness Without Money? This Irish Community Proves It's Possible - Shareable
Skip to content 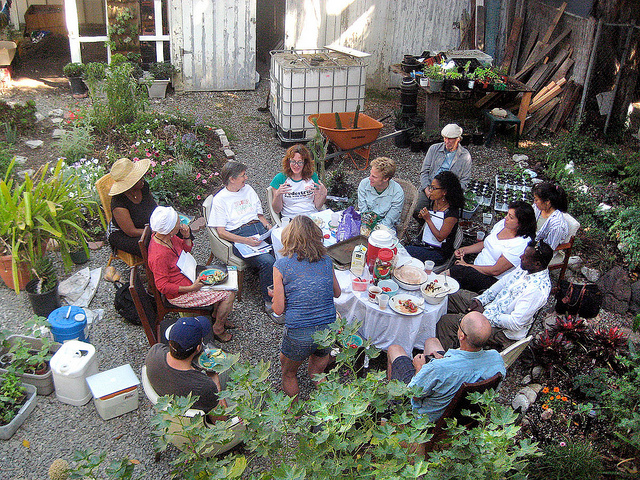 The Bible says "the love of money is the root of all evil," and looking at the world today, it's hard to disagree. The pursuit of money, a thing we use to express value even though it actually has none itself, drives the growth economy that has polluted our planet, created vast inequality, and served as an excuse for countless wars.

Without money mucking up the works, perhaps the world could be a simpler, cleaner, more compassionate place, but at this point, it's hard for most people to understand how we can live without it. Don't we need money to access the goods and services we need? Without money, wouldn't we all be homeless, starving, and naked?

Not quite. There was life before money, and some adventurous souls, like Mark "the Moneyless Man" Boyle, prove that there can be life after it. Yes, even here in the 21st century. Instead of a piece of paper or metal, those who embrace principles of a gift economy realize there are other, better ways of expressing, trading, and storing value. In a moneyless system, time, energy, and skills become the currency. These are things all people posess, removing the traditional barriers to participation and abundance.

Boyle, along with friends Thomas Smith and Jesse Pasteiner, is a living demonstration that people can thrive, not just survive, in a gift economy. In 2013, the trio founded An Teach Saor (Irish for 'The Free House') in County Galway, Ireland. Over the past year, they've turned what had been a neglected, degraded three acre plot into a permaculture demonstration site complete with 700 coppice trees, a nut orchard, a young forest garden, a no-dig vegetable plot, natural beehives, mushroom logs, rainwater harvesting, humanure compost systems, stone cottage and much more. The three have been running it collaboratively, along with whatever visitors, neighbours and WWOOFers may be passing through.

Encouraged by a successful year, the trio recently launched a crowdfunding campaign for an expansion. The plan is to retro-fit a large old pig barn, now dubbed The Happy Pig, and convert it into a dynamic events space, eco-learning center, and moneyless pub where community members can come together to share knowledge, gain a deeper understanding of the gift economy, and yes, share a home brew or two.

Shareable caught up with An Teach Saor co-founder Thomas Smith to learn more about the project, including why those far away from Ireland should care about this demonstration of a moneyless community. 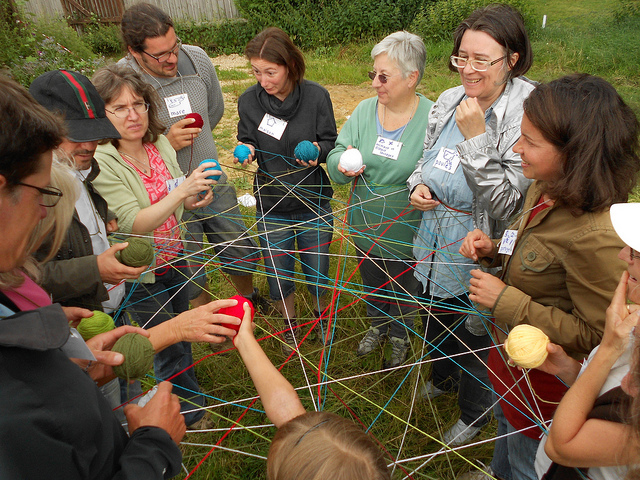 Shareable: It sounds like there are already a number of cool, free services available at "The Free House." Why build the Happy Pig community space?

Smith: "While much of the media has sensationally picked up on the project as a "moneyless pub," it's about far more than just home-brew (though we will have a gift-based bar for relaxation in the evening). We aim to bring some of the world's best teachers and thinkers on sustainable living, gift economics, natural building, permaculture, beekeeping, storytelling, wild food and much more to Ireland and break down some of the financial barriers people face in accessing the skills we'll need to create a more beautiful world and face current and future environmental challenges.

"It's a crucially important addition to our project as we feel the need to merge sustainable living with free education, allowing pioneering thinkers and doers to seed their ideas globally, reaching the scale of change necessary." 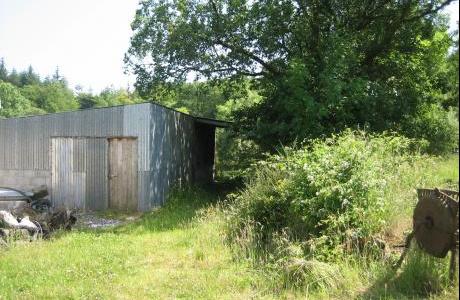 The barn that will become The Happy Pig.

Shareable: Why is it important that things like education, food, and space are available for free?

Smith: "It's important for us to start engaging with a move from a monetary economy to the economy through which people have historically met their needs – the gift economy, or gift culture. Theorists from Marcel Mauss to Charles Eisenstein, David Graeber and Mark Boyle have shown how money is a tool which often deadens social interactions and sends the message that you are disconnected from the environment and those around you. By shifting to gift culture, people can contribute what they can, or indeed nothing, and receive what they need in the form of skills, knowledge, food grown on site and home-brew drinks, brewed from the landbase around you. The Happy Pig will exist for the global community for years to come, as a free space for those who wish to use it and engage with the work we do at An Teach Saor." 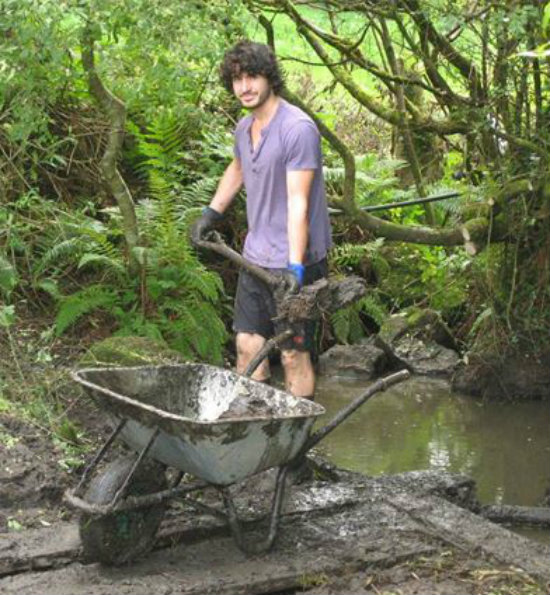 Shareable: Many people think gift economies can only work on communes or in the developing world. What would you like our readers to know about the benefits of moneyless living in modern times?

Smith: "Money has only existed as a medium of exchange for less than 1 percent of human history – it's actually a relatively new and experimental tool. Bringing gift culture, which preceded this period of civilisation, into the modern world is something we're interested in, and which is an unstoppable force these days. Lily Cole, a supermodel, actress and founder of the new gift-based app/social network Impossible.com, has pointed out that today, even as more of our lives are monetized, gift relations far outweigh those elements which are measured in terms of GDP. This is evidenced by communities such as Wikipedia, the 5th largest website in the world, peer-to-peer sharing communities, open source projects such as Ubuntu/Linux, Streetbank, various crowdfunding communities, and much more. Even online content providers like Shareable, who work under the Creative Commons License, can be thought of within this.

"Gift culture works at all levels, from the face-to-face community to the global high-tech environment. Having to even call it gift culture is a symbol of how much depth and richness money has removed from our lives, as in nature generally and in real communities, gift relations simply arise organically without such labels. It's the movement behind the universe, essentially.

"Gifts go beyond exchange-based transactions and while you might not see an immediate return, the spirit of the gift has an amazing tendency to cycle around and meet your needs as and when you need it. This is an experience also shared by Mark in his three years living without money."