Hacking Ikea for Fun And Profit - Shareable
Skip to content 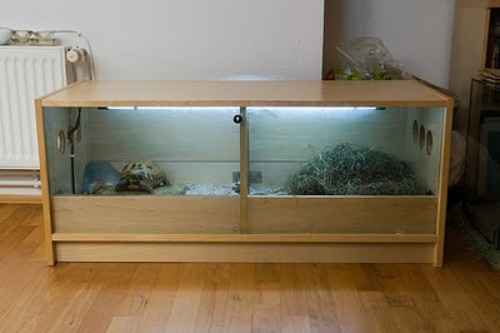 Perhaps no company stands more for upper-middle class American conformity than Ikea. The Swedish furniture company offers the simulation of both thrift and style, the Holy Grail combo of mass-market consumer product qualities. As the same tables and chairs reproduced and filled suburban living rooms across the land, the market revealed itself to be just as generic as the nightmare of "Soviet style" state-mandated conformity. Ikea developed a symbolic meaning associated with dull consumerism, captured perhaps most memorably in David Fincher's film adaptation of Chuck Palahniuk's Fight Club:

I find all of these anti-Ikea sentiments valid and compelling, and nothing quite matches the horror of walking into someone else's house and seeing dismembered parts of your living room, but there remains an inescapable fact: there's a whole bunch of Ikea furniture out there. With pricetags so low that buyers couldn't say no, second-hand stores and auction sites are now full of chairs and beds whose owners were sick of storing their impulse purchases. The biggest auction site, eBay, even has its own Ikea category. For anyone trying to furnish a house or apartment on the cheap, it's often hard to do better for the price than used Ikea, but the aesthetic problem remains. Should everyone without an interior design budget be forced to own the same two plain dressers?

I don't think so, and neither do the people behind Mykea and Ikea Hackers. The first is a company that produces graphic covers for the standardized furniture in an effort to pollute its sterile uniformity. The vinyl stickers come pre-sized for a number of common table, bookcase, and wardrobe models, which is a smart way of using standardization as the basis for spreading originality. But what I find even more interesting is the way Mykea generates its designs. Anyone can submit a design to Mykea, and if it's accepted, the artist receives 10 percent of the sales of his or her design. In contrast to the top-down Ikea paradigm, Mykea uses a bottom-up art network. With new designs coming in all the time, they have created an internal guard against the standardization rut.

Remember the pictures on the back of Lego boxes of different things you could build with the same parts, for kids who were bored with the normal instructions? Ikea Hackers is sort of like that, but for furniture. The site is a collection of different pieces people have built with their Ikea parts, from differently styled desks to hamster habitats. In a world full of cast-off components, it is left to us hackers and salvagers to make original use of them. The folks at Ikea Hackers are not always the most explicit on replication instructions, but as inspiration, it's a good way to waste a few hours and a visit just might make you take apart your couch to build a desk.