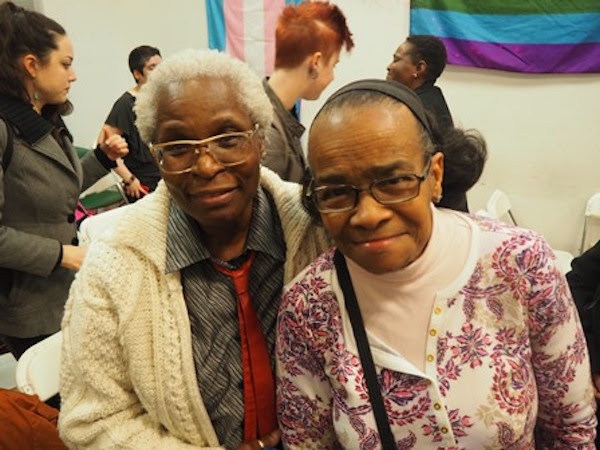 At last year's Brooklyn Gay Pride celebration, members of GRIOT Circle, a Brooklyn-based community organization that serves LGBTQ seniors of color, were grand marshals of the parade. They wore rainbow sashes as they marched and waved to the crowd. What happened after the parade, however, left a lasting imprint on Aundaray Guess, the group's director of programs. Guess said that one of the organization's members took off her rainbow sash and put it away in her purse when she entered the subway station with him.

"Some of our members have two lives," Guess says, explaining that it's not always safe for seniors to be out of the closet. "Some of that is for safety and some of it is the stigma that still exists."

That moment illustrates why the existence of GRIOT Circle is so important. The organization gives people a space where they can simply be themselves, without fear.

GRIOT Circle, which was founded as a nonprofit in 1996, offers support groups, book clubs, nutritional education, and an array of classes, including wood carving, tai-chi, and self-defense, five days a week. It also provides social events. 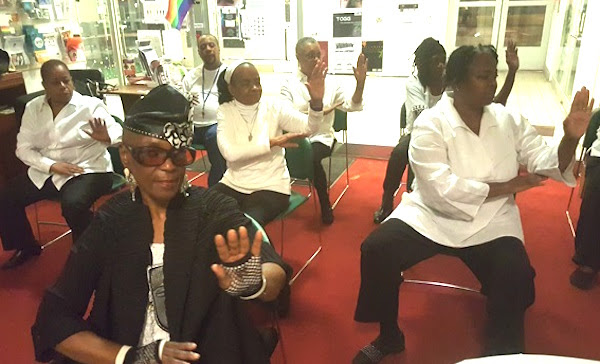 Robert Waldron, who moved from Jamaica to New York when he was 26, is a member and volunteer at GRIOT Circle. Now 77, Waldron plays a vital role in organizing programs and community building at the center. He facilitates "Still Standing," a group for HIV positive men over 50.

Beyond programs, GRIOT Circle works to educate the broader community, including health care professionals, about the unique experiences and needs of LGBTQ seniors. The group does outreach to health care providers to encourage them to ask the right questions and provide the necessary services, including HIV testing for seniors.

"There's still this assumption that elders are not having sex," Guess says. "So they're not getting the prevention messages. They're not being offered condoms. They're not being informed what's happening. There are a lot of elders are walking around not knowing their status. Some are HIV positive and they could be getting treatment instead of going untreated."

GRIOT Circle is funded primarily through grants from foundations, but funding remains one of the big challenges the organization faces. Other challenges include ensuring that it stays relevant and fighting the effects of gentrification, which forces groups to move further away from their constituents. 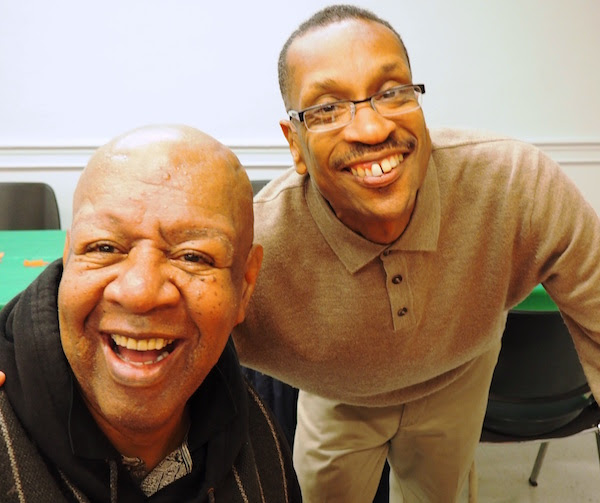 GRIOT Circle taps into the unique experiences of its members when designing programs.

"Bingo is one of the easiest ways to program and it's also one of the most isolating things I can think of," he says. "It's just you and a card and somebody calling numbers. Even though you're in a room full of people, you're still by yourself."

Rather than offering Bingo, GRIOT Circle creates programs based on the things members have done and the communities they've been part of in the past.

In addition to outreach and education, the most important aspect of GRIOT Circle, explains Guess, is the community piece. In addition to in-house programs, there's also a Buddy-to-Buddy system that connects people who need more social interaction with volunteers who visit and spend time with them socially, both in the space and beyond.

"Some of our members don't have a support system. They don't have people checking up on them," says Guess. "Just knowing that there is a constant space — that you can come in and be affirmed, is important. That doesn't mean you always have to wave your flag around, but you can find people who accept you as you are."

All photos courtesy of GRIOT Circle. Follow@CatJohnson on Twitter