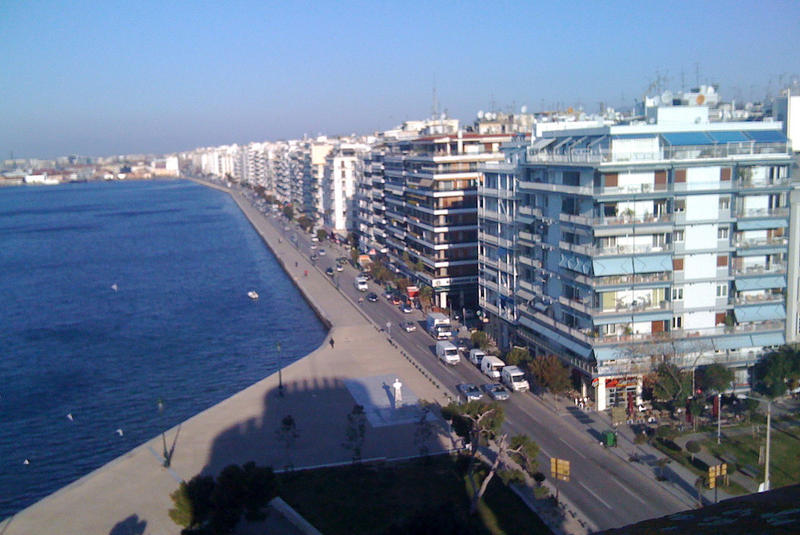 News out of Greece these days tends towards the drastic, but it is one of the discordant facts of economic crises, even those spiraling out of control like that in Greece, that many basic facets of life under normal conditions continue. Those who have jobs continue to go to work, and their transportation needs continue to require improvement. So municipalities like Thessaloniki, Greece's second largest city, push forward with urban transformation projects to ease congestion and improve the commutes and daily lives of those moving through the center.

Thessaloniki has one of the most important ports on the Aegean sea, and much of Balkan trade moves through the city. Home to 800,000 residents in its urban area, it is a cultural and intellectual hub, and has a huge student community, the largest in Greece.

While a metro has been under construction since 2006 (with a projected completion date of 2018), public transit in the city means buses, and many residents use private cars to travel through the city, resulting in the problems of traffic gridlock and pollution that face so many cities throughout the world.

But an ambitious new plan has been put into place by the city's otherwise austerity-friendly mayor, Yiannis Boutaris. Thessaloniki's Intelligent Urban Mobility Management System hopes to ease both the ecological and economic costs of travelling through the city. The plan has three major components.

The second component is a general publicity campaign advocating bicycling and walking through the city, getting citizens to transfer transportation burden away from cars and buses and into more sustainable modes of transit.

The third, and most exciting and innovative, is the Thessaloniki Urban Mobility Center. The Thessaloniki Urban Mobility Center is a web-platform designed for residents and visitors alike to plan their travel in the city. Using both mapping applications, travel data collected by the city, and the live traffic information from the Traffic Control Center, the Mobility Center can suggest not only the fastest route, but also the most environmentally friendly route or the most fuel efficient one. It also features a "combined routing" feature, showing trips that feature a transfer from bus to car (or vice versa), and a totally open ride sharing board (provided by Carpooling.com), available to the whole city. 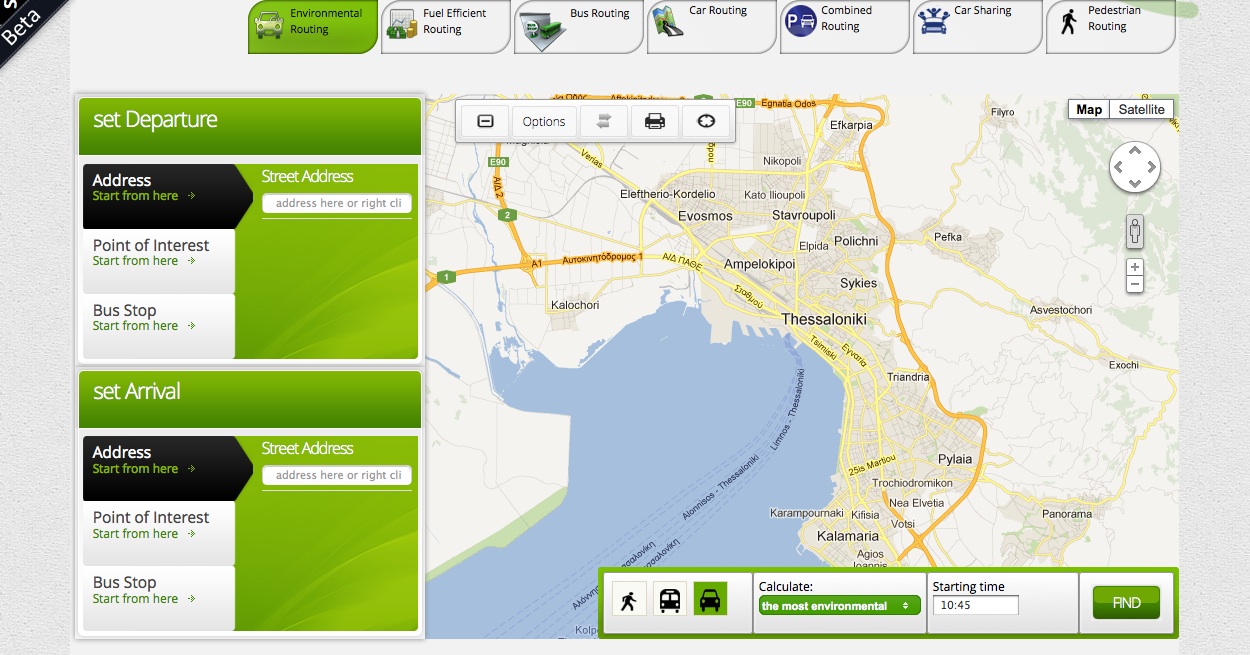 All of this is maintained by the city (with financial support from Iceland, Lichtenstein and Norway, through the European Economic Association) and while the project is still in beta, it points to the power of a municipally constructed, citizen-friendly model for improving transportation. A combination of ease of use, centralized data management, and advocacy may help to produce the transportation changes the city needs.

The continuing economic and political catastrophes in Greece–25% unemployment, 50% youth unemployment, a debt forecasted to reach 173% of the GDP this year, collapsing public services, rampant corruption, and a government driven by the Troika to ever more disastrous austerity–cannot be resolved by projects like the Thessaloniki Urban Mobility Center. But even in the heat of the crisis, innovative new solutions are emerging to address everyday concerns of the city.