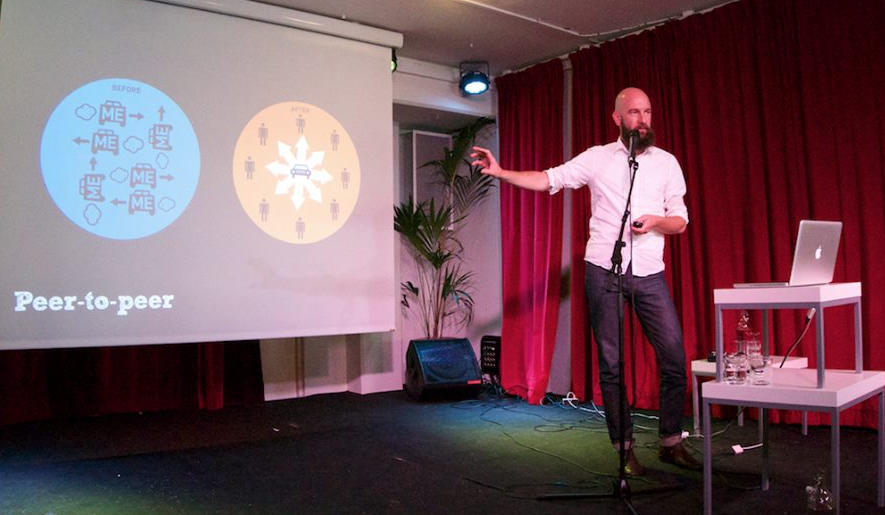 One of the beautiful things about the sharing movement is that it is both hyper-local and global, spanning across cultures and geography. It also spans the age spectrum—something that has been made very clear this #SharingSpring at various ShareFests. Participants in the fests range from community elders who share a lifetime of experience and knowledge, down to toddlers swapping toys for the first time.

At the recent ShareFest in Gothenburg, Sweden, this point was made abundantly clear when a three-year old boy named Sebastian got on stage and told the audience that he would gladly share his toys with someone. 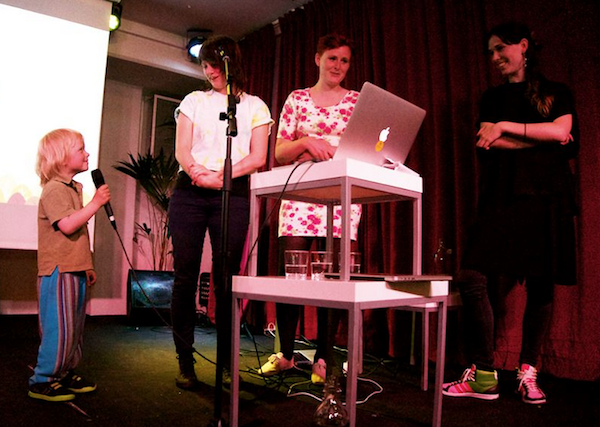 Sebastian tells the audience that he'll gladly share his toys

A three-event celebration of sharing hosted by DIY sharing platform Omställningsverkstan and the newlyformed Kollaborativ Ekonomi Göteborg, the ShareFest featured presentations on topics including the circular economy, the peer-to-peer movement, and gift economy; a pub dinner for speakers and attendees; a swap on Global Sharing Day that included everything from edible plants to clothing; and an online event titled "Education is a Commons" which was the first global and interconnected event organized by Near Future of Education Lab in collaboration with the P2P Foundation and a network of partners and supporters around the globe.

The focus of “Education is a Commons” was to spread the collaborative economy and gather people from various fields to talk, connect, learn and get inspired about it. A whopping 500 people participated in the online hangout.

Participants in the events included students, business people, NGOs educators, startups and more. Some of the organizations and companies represented at the ShareFest were: Studiefrämjandet, Naturskyddsföreningen, Circulareconomy, MIKU, Chalmers Challenge Lab, Skjutsgruppen, Tikitut, Delamer, and Soprum. 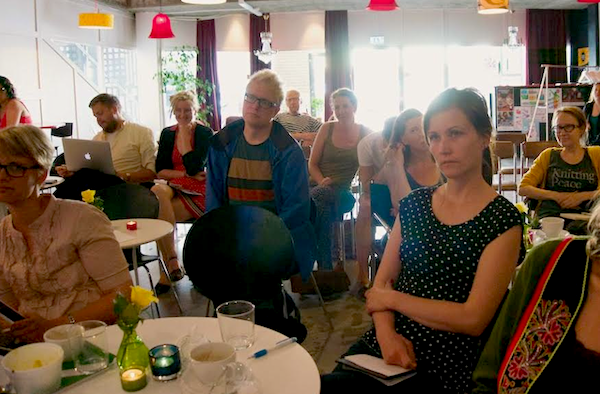 ShareFest participants gather to share information and learn from one another

One of the positive outcomes of the ShareFest was the creation of Kollaborativ Ekonomi Göteborg, a network to promote the collaborative economy locally. Some of the surprises of the event, according to organizers, was the fact that the municipal administration was interested in talking with organizers about supporting the network, the imprompti collaborations between speakers, and the amount of volunteer support.

“Everybody was willing to be a part of this day without any money involved,” was the sentiment expressed by “enablers” including Emma Öhrwall and Jonathan Mattebo Persson who also received help from the studio 2Lång and numerous other volunteers.

One challenge for organizers was the fact that there were many other events taking place that day so they weren’t sure how many people would show up. There was also the technical issue of speakers using different programs for their presentation. They addressed these by having a countdown to the event on social media to keep it fresh in peoples’ minds and planning to have people use their own laptops or send the presentations ahead of time for the next event. 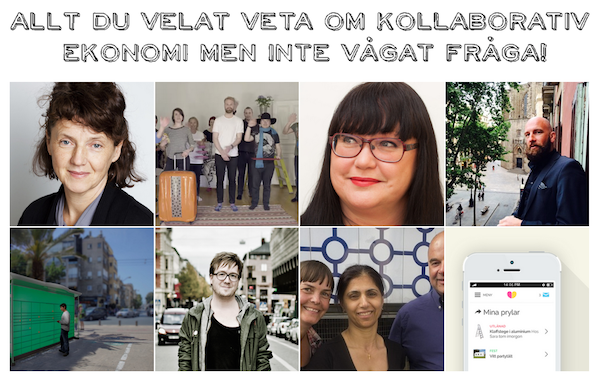 For those interested in hosting similar events, organizers offer the following advice:

As Mattias Jägerskog, founder of Skjutsgruppen and OuiShare Connector Sweden said, "In a time when some would like to divide people from each other, the collaborative movement goes the other way around. We want to come closer to each other. We're opening up our homes, our things and our lives to people we don't know. Because we believe that it's good for us. All of us.”