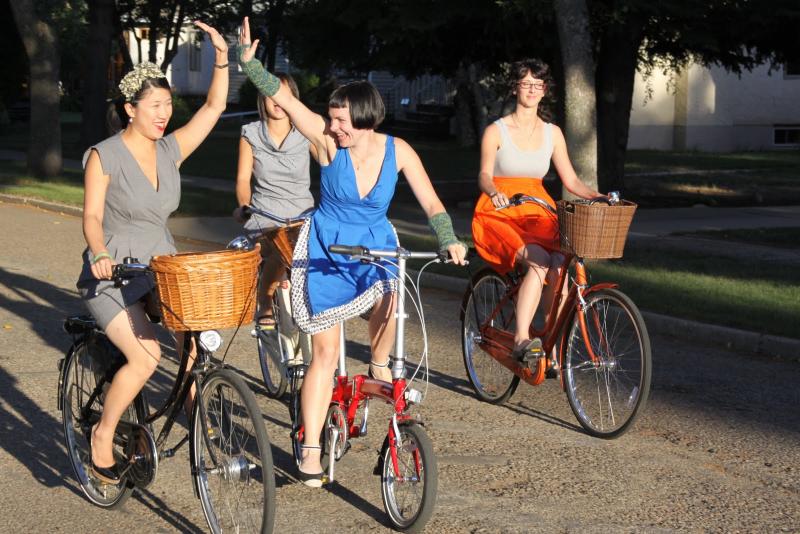 When people think about pretty girls riding bikes in dresses and heels, young families taking their babies to get groceries by bike, or arriving at the opera on a bike… they do not think of the citizens of Edmonton, Alberta (that would be in Canada, for those who don't know).

It would be accurate to assume that most trips are taken by car in this city, where the precedent up until recently has been to pave more roads, widen and increase lanes, and concentrate on infrastructure that encourages the continued use of motor vehicles.

It doesn’t make a lot of sense then, for a young couple such as my husband and I to make the choice to stay in a city like this one when we crave public transit, walkable communities, local businesses, bicycle lanes, mixed-use residential developments, and community gardens (just to name a few wish-list items). More than once we’ve been classified as socialists or hippies, and I suppose it would be fair to say we’re different from a lot of Edmontonians.

Then why a town like Edmonton, when most of our friends had moved to bigger cities like Vancouver or Toronto? We decided we wanted to get married and that we would some day have kids together. Since both our families live in Edmonton, the housing market was much more reasonable, and the Edmonton Public School system is actually quite exceptional.

So we chose to stay in Edmonton, with the caveat that if we were going to remain in our hometown, we were going to do our best to have the vibrant lifestyle and active transportation we dreamed awaited us in a bigger Canadian city.

Fast forward, and we’re deep in the trenches. We chose to buy a house that was located in a neighborhood well connected to transit and the LRT (light rail train) — and to bike paths and arteries. Good cycling friends of mine suggested I take up biking, but I hesitated at the thought of putting on spandex and special gear, to hunch over a pair of handlebars for extended periods of time. 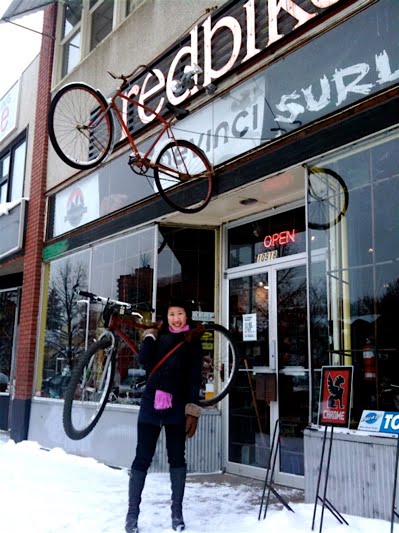 But I shopped at a few local bike shops, and I found the right bicycle. And it revolutionized the way I get around the city. My bicycle has given me a new lease on life in Edmonton now that I leave the car key at home when I go out to visit my favorite haunts.

Shopping, groceries, movies, drinks, pools, schools… basically any amenity you can imagine, is accessible to our family by transit, bike, or on foot. Nothing brings me more gratification than going on an excursion via bicycle and having a great community experience simply doing ordinary, everyday things.

Life with a bicycle has changed the way I live in the city of Edmonton. You know that feeling people get when they’re on vacation in Paris? When they come back and marvel about how fun it was because they didn’t drive around all the time, how they got to see so much of the local life since they were on foot, or how fast it was to get across the city on the metro?

That is the feeling I have now that I’ve started using a bicycle as a mode of transportation. It is one of the most civilized and lovely activities I partake in.

Here's a film I made for the Edmonton Stories video contest, featuring music by my good friend Bryce Kulak, which pretty much expresses how I feel about biking Edmonton:

I now have a blog about my cycling exploits. I want more people in cities like mine to know that cycling is easy, stylish, and fun. It’s not just for socialists and hippies. There is a new demographic of young professionals and creative, dynamic people who want Edmonton to be a bustling, vibrant city with active transportation. 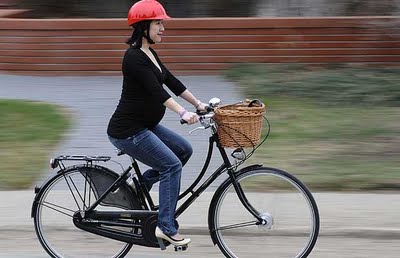 Every time I leave the house by bicycle I get exercise (even pregnant, as I am in the above picture). I often meet new people and almost always have some chat with a neighbor while I’m coming and going. As a result I actually know the people in my neighborhood and the business owners in the surrounding areas. I save time by not having to go to the gym. I sleep well at night because my body is getting a lot of activity. I can eat whatever I want without feeling guilty. 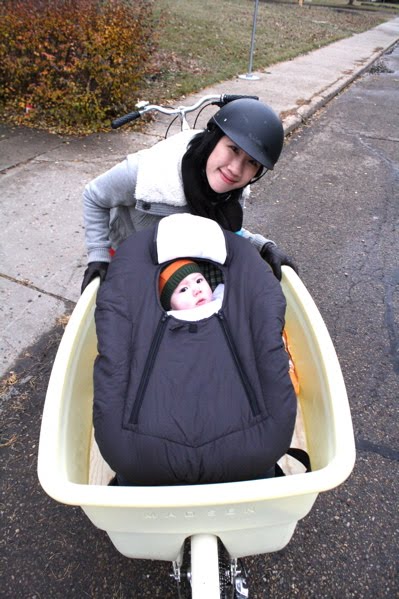 There are numerous delightful things about Edmonton, but there's an old guard advocating for more roads and more cars, and there are the people who want everything to stay the same because nothing other than the status quo makes them comfortable. They need to think about what Edmonton is going to look like in 25-50 years.

I imagine an Edmonton where people live actively and happily. I want a city with strong communities and efficient public transportation. It’s a long time coming, but I like to think I’m helping in my own small way by riding my bike as an ordinary girl who doesn’t personally enjoy the aesthetic of spandex shorts.

Ordinary people riding bikes as a viable mode of transportation isn’t crazy talk. I believe it can happen, and I’m pedalling towards that future, one ride at a time.

I am a piano teacher here in Edmonton. Married to a guy named Don. Have a baby named Dexter and a border terrier named Dougal. Riding a bike is healthy,

I am a piano teacher here in Edmonton. Married to a guy named Don. Have a baby named Dexter and a border terrier named Dougal. Riding a bike is healthy, sensible, social, and fun! I want to encourage stylish ladies in cities like mine to hop on a bicycle without outdoor performance wear. If I can do it, anyone can.