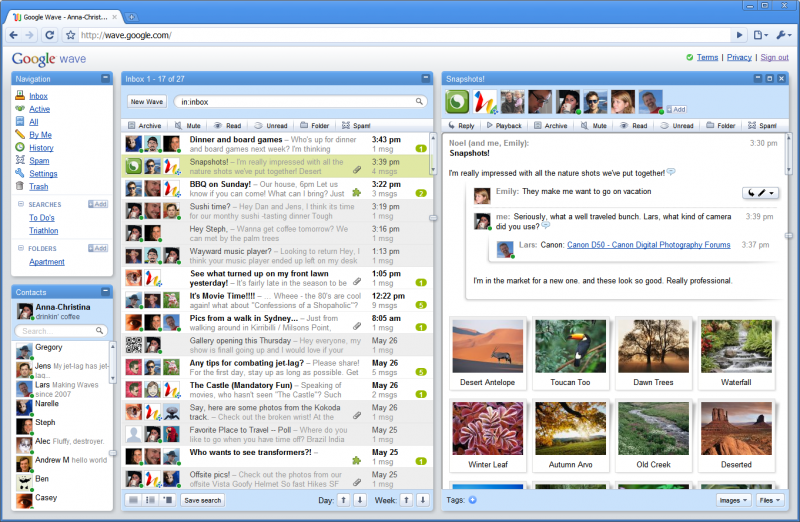 Geeks are trying the hugely hyped social media tool Google Wave–and the reviews are mixed. I am particularly struck by this comment from Steve Rubel:

I have had a Google Wave sandbox account since late July. It’s slick to be sure. However, what I keep asking myself is this: what problem does it solve? In many ways it’s overly complex. In fact it’s too complex for the era of the Attention Crash where all of us, especially knowledge workers, are crying for simplicity.

Part of the problem might be the Google Wave is hard to succinctly describe. It’s a real-time chat room, it’s a platform for collaborative editing, it’s a social networker, it’s a Wiki, and more.

But who knows? If Google can refine the concept and package it as a way to solve a particular problem, the Wave may find a niche. In the meantime, Mashable argues that Facebook should clone Google Wave.

In other shareable tech news: Augmented Wikipedia reality arrives for the iPhone!