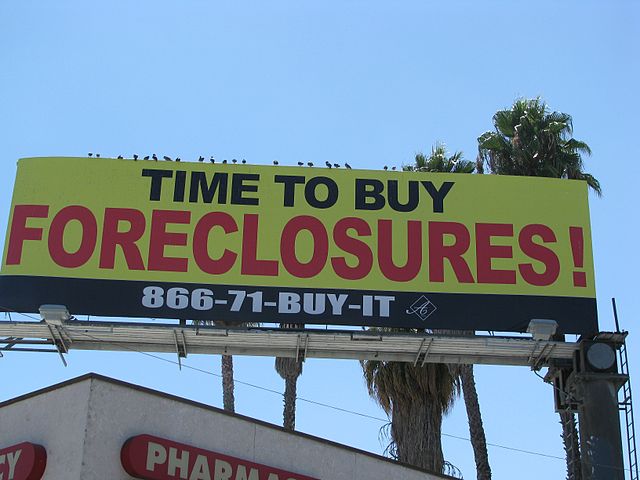 A group of low-income San Franciscans has come up with a positive, long term solution to the housing crisis that is causing millions of Americans to be evicted and some to embrace the "Occupy Homes" movement: buy the buildings. In October 2011, residents of the Columbus United Cooperative (CUC) in San Francisco celebrated final approval of the ownership of their building as a permanently affordable, resident-owned limited-equity housing cooperative. The residents can now purchase “shares” in the co-op for only $10,000 in the heart of San Francisco (where housing starts at $500,000) to become cooperative homeowners, though most earn less than 50 percent of the area's median income.

According to Lender Processing Services' report on November 18, “just under 6.3 million properties nationwide are either 30 or more days delinquent or in foreclosure.” According to a study published in June by Templeton LPA, the number of court orders to evict tenants have risen by 9% over the last year, and the number of tenants in serious arrears with their rental payments is up by 13%, with 2.1% of all tenancies in arrears nationwide. Long waiting lists for public housing mean that people remain homeless or in shelters longer. In 2007, before the economy went into full recession, the average stay in homeless shelters for households with children was reported at 5.7 months by the National Coalition for the Homeless.

Rising foreclosures and tenant evictions have been helping to fuel the fire of the Occupy movement. Occupy Homes is a new offshoot of Occupy Wall Street that links homeowners with activists in direct action to halt foreclosures in some of the local strongholds across the country of the Occupy movement. Occupy Oakland has announced it will start occupying vacant homes starting in December and Occupy Portland is already starting to move into foreclosed homes. Homeless advocacy group Homes Not Jails is teaming up with Occupy San Francisco and have begun to turn abandoned hotels into homeless shelters. After Occupy L.A. organized a vigil and camp at her home and occupied the local Fannie Mae office, Rose Gudiel was able to keep her and her disabled mother's home from which they were being evicted, as the bank opened up to renegotiating their mortgage.

Chicago, New York and Minneapolis have branches of Occupy Homes, too. Ohio Congresswoman Kaptur is calling on homeowners being foreclosed on to squat in their own homes. Max Rameau, an organizer for Take Back the Land, who began this work five years ago says, "The banks are actually occupying our homes." But in the US, squatters have few rights and face an steep uphill battle to stay in the homes they've claimed. Owners of foreclosed homes might have some ability to bargain with banks if they can afford to, but many can't and other poor people are being kicked out of rentals, especially as former homeowners are moving down the housing chain and renting now. The National Low Income Housing Coalition estimates that “40 percent of families facing eviction due to foreclosure are renters and 7 million households living on very low incomes are at risk of foreclosure.” Squatting isn't for everyone – in particular the sick, disabled, elderly and children – and living in substandard housing under threat of the police isn't exactly ideal. Unless the mainstream joins Occupy Homes and the government starts recognizing squats of vacant and foreclosed properties, the movement will likely remain on the fringe.

Tenant-owned, cooperative housing can provide a more stable solution to the housing crisis. When the residents of the 21-unit Columbus United Cooperative (CUC) in San Francisco converted the building to a limited-equity housing cooperative, the low income, Chinese-speaking resident families were able to stay in their homes.

The San Francisco Community Land Trust (SFCLT) used the limited-equity housing cooperative model to prevent eviction, which Director Tracy Parent says is a first. Longtime resident Miao Yan Wen commented on the coop conversion, “This building represents the community. It is important to take care of the low-income people who live here. There are many seniors who live in this building. If the building were torn down, they would have to move out of the neighborhood and lose their access to doctors, stores, services…” Now that the building is a cooperative, she says “I feel stable and safe.”

SFCLT Director Tracy Parent remarked, “This is a victory not just for these 21 families but for the greater community of San Francisco. Limited equity housing cooperatives ensure that other families can buy these homes for an affordable price in the future.”

SFCLT has several of buildings in the queue at various stages to become new housing cooperatives, including a rental coop with an income cap and a 139 rental unit that will be converted to tenant-owned housing – both in a rapidly gentrifying, African-American community. These coop conversions can take many years to complete, although they make a long term impact, particularly in the case of families are being evicted and they can buy their homes for only slightly more than than their rent controlled rent.

Community land trusts are local non-profit organizations that retain ownership of the land under the coop housing and separate it from the ownership of residential buildings. Residents control their buildings by owning one share in the housing cooperative, which allows each household one vote in the affairs of the co-op. By separating the ownership of the land from the buildings, using permanent deed restrictions to restrict maximum resale increases (limited equity), and receiving government and private grant money, the CLT can drastically reduce the cost of owning to slightly more than the cost of a rent controlled unit. Other nonprofits which are not land trusts, like Alliance to Develop Power in Massachusetts, are developing new housing coops (1,200 units so far) run by their low income members as part of their social justice mission.


This is not an entirely new concept, a housing advocacy group called the Urban Homesteading Assistance Board in New York City, has since 1974 enabled the conversion of over 1,600 foreclosed, city-held rentals into limited-equity, resident-controlled co-ops, preserving over 30,000 units of affordable housing. In 1977, while many NYC landlords were failing to maintain and pay taxes on their properties, the city passed Local Law #45. This law allowed the city to begin foreclosure proceedings after just one year of non-payment of taxes, resulting in thousands of buildings, some of them occupied, to be confiscated by the city of New York through in rem foreclosure. In 1978, the city’s housing agency created new housing programs that gave residents and community groups control and eventual ownership of in rem buildings.

Pressure for housing will likely only continue to grow at current unemployment rates. Local governments and police will have to spend more and more money and time on evictions and property security and on shelters and subsidized housing. Or they can proactively support permanently affordable, limited equity, tenant-owned housing development, which is a much more cost effective, humane and safe plan for everyone in the long run. For more more info on how to start a tenant-owned housing cooperative see my earlier article.