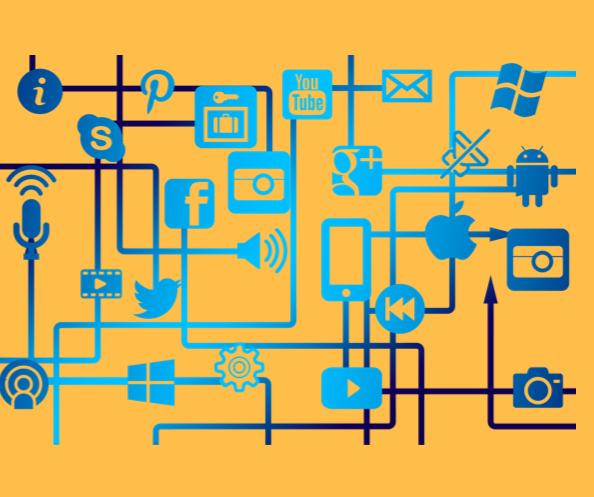 In a small family den at home — with just a school-issued laptop, notebook, and pen — seventh grader Allyssia Rios-Gonzalez begins her day. Her first class, social studies, is one of her favorites.

It’s also a class her mother, Kimberly, says Allyssia risked missing during the first two weeks of the new school year. The family’s Internet service had been cut off in late August because Kimberly could no longer afford the $9.95 monthly cost.

That all swiftly changed when the Electric Power Board of Chattanooga, Tenn., in partnership with the Hamilton County School District, stepped in to install free Internet access for the Rios-Gonzalez family. With full and free broadband in her home, Kimberly says a weight in the midst of the COVID-19 pandemic was lifted.

Digital divide, by the numbers

Bridging the digital divide is a strategic priority in the Chattanooga metropolitan area, where 28,500 students come from low-income households, and the COVID-19 pandemic has placed a spotlight on the gaping holes within our social safety nets.

The program that benefits the Rios-Gonzalez family, known as HCS EdConnect, ensures these students will have full and free internet access throughout a school year that has been restructured to meet parents’ needs and comfort levels amid the pandemic.

Nationwide, grade schools, colleges and universities set off on a race to launch full remote-learning programs to keep students from falling behind. The shift has resulted in many local city leaders and education officials to confront a stark reality about our educational system: Not all students, particularly those living within low-income households, have equal access to the internet.

“With the pandemic, it’s been brutal for families that don’t have broadband access in the home,” said Christopher Mitchell, director of the community broadband networks initiative at the Institute for Local Self-Reliance.

A Pew Research Center analysis of 2015 Census Bureau data showed that about 15 percent of U.S. households with school-age children (ages six to 17) don’t have high-speed internet in the home. When broken down by income, nearly a third (35 percent) of households with school-age children earning below $30,000 a year don’t have WiFi at home, compared with six percent of similar households earning $75,000 or more a year.

That gap becomes even more pronounced when viewed through the lens of race.

Among Black teens alone, about 25 percent said they often or sometimes cannot do homework assignments because they didn’t have reliable access to a computer or internet connection, compared with 13 percent of white teens and 17 percent of Hispanic teens, the Center report showed.

And about one in five Black teens said they opted to use public WiFi due to the lack of a home connection.

Once the pandemic took hold, parents did what they could. They opted to sit outside the doors of closed public libraries, or sometimes in parking lots, to access an internet connection. For those without computers, they took class via their smartphones; and some even completed homework assignments on their cell phones.

And yet, said Angela Siefer, executive director at the National Digital Inclusion Alliance (NDIA), no family or child should have to rely on public WiFi or cellular hotspots to access the Internet.

“There’s growing awareness around the need, but are we at enough awareness to get us to a broader solution?” said Siefer. “Those solutions need to include a federal measure.”

NDIA has maintained a list of initiatives spearheaded by local and state governments to narrow the digital divide. However, most of the efforts to address the needs during this crisis have been on the local level, Siefer said.

In Chicago, about one in five children under age 18 lack broadband Internet access, according to an April report by Kids First Chicago and the Metropolitan Planning Council.

That equates to more than 110,000 kids; and when broken down by neighborhood, Black and Latino communities are impacted at a disproportionate level.

With a $50 million budget, the program is a partnership between Chicago Public Schools, local community-based organizations, nonprofits, and Internet service providers like Comcast Corp. The city’s goal is to provide free high-speed internet access and digital training to more than 100,000 local students and their families.

Chicago Connected isn’t just ambitious — it also has staying power: It’s been fully funded for the next four years. Along with funds from the CARES Act, the city’s philanthropic community stepped up as major financial backers, including hedge-fund manager Ken Griffin, and former President Barack Obama and First Lady Michelle Obama.

“It was very important for those in philanthropy to provide that level of support and that this was not going to be a six-month or one-year thing,” said Hal Woods, chief of policy at Kids First Chicago, which is helping the school district to facilitate the program. “They wanted to see a sustained public-policy initiative for both the city and the district as well.”

By building its own fiber municipal network in 2010, the Chattanooga area has become the poster child for digital inclusion. The city’s ultra-high-speed internet, offered to all of its residents at an affordable price, has been hailed as the fastest service in the United States.

But the city offers more than just access: Families can also build their tech knowledge through digital literacy courses provided by Tech Goes Home Chattanooga. The program, run by the Enterprise Center, offers 15 hours of digital-skills training. Once completed, participants can also buy a new Chromebook and access internet service at their home at a low cost.

For the new school year, the city’s Electric Power Board has made a standard 100 Mbps fiber internet connection with no data caps available for free to the students and their families, if they qualify for the federal free or reduced-priced school lunch program.

That accounts for about two-thirds of the students in Hamilton County.

To fund these programs, the district pulled in partners across the city including local foundations, Hamilton County and the city of Chattanooga, raising $6 million for the initial infrastructure.

Through these partnerships, the county is pushing to raise an additional $2.2 million for equipment and infrastructure needs, to provide services to families for the next 10 years.

“The work we have been doing has taken on a sense of urgency due to the pandemic,” said Chattanooga Mayor Andy Berke. “And people understand that the future of our families and children in this city are at stake.”

Fight for the future

Building its own fiber network didn’t come without a legal fight: Comcast sued the city in an attempt to stop the city’s fiber network project altogether. The cable TV and data-services giant argued that it wasn’t fair for a government entity to compete with private enterprise.

Chattanooga won the battle over development of its network, but the telecom lobby succeeded in getting Tennessee to bar the city from expanding its fiber-optic system beyond its electric footprint. The Federal Communications Commission tried to step in and block the state from doing that but ultimately lost in court.

Even within the region it can service, Chattanooga’s municipal internet service is having an impact. In the depths of the pandemic, the electrical board has set up at least 130 WiFi hotspots outside of its direct service area, to help the larger community remain connected.

Many other states have found themselves in the middle of similar legal battles over the years, which requires a greater and solid political response to truly close the gap in our digital world.

“What is missing is the political will to do large broadband expansions,” said Mayor Berke. “We face a critical question at this point, and that is — is high-speed broadband a part of our infrastructure? We don’t expect the private market to provide infrastructure. Right now, COVID is exposing the fact that broadband is looking a lot like infrastructure.”

Check out this related Shareable article: How the sharing economy may close the digital divide