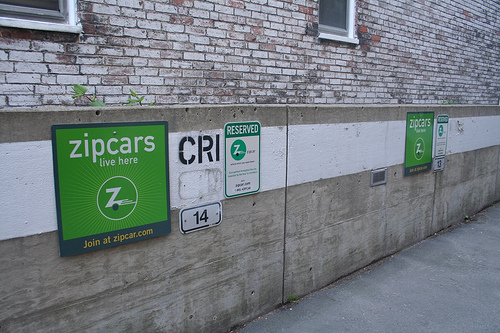 Joining the fray that already consists of several European car makers creating their own car-sharing services, Ford has teamed up with Zipcar to provide shared wheels on more than 250 college campuses across the U.S. including Harvard, Stanford, Michigan State, and others. The two-year partnership makes Ford the largest source of vehicles for Zipcar's college program with some 650 Fords to be added to its fleet in the 2011-12 academic year, most of which will be new Ford Focus and Ford Escapes. All told, Ford will add about 1,000 vehicles doubling the number of cars offered to college students through Zipcar.

On top of the new cars, the Ford alliance allows Zipcar to also offer a $10 discount off the annual $35 membership fee to the first 100,000 students who sign up. Additional discounts off the hourly rate will be offered on select campuses for a total of $2 million in savings passed through to members courtesy of Ford. Vehicles and subsidies combined, the total out-of-pocket cost for Ford still amounts to a tiny fraction of the auto giant's $2.5 billion annual advertising budget while providing a big bang for those ad bucks.

This massive marketing ploy in the guise of an expansion of fleet vehicles will give Ford early access to the next generation of drivers while also helping keep Zipcar out front. The partnership comes on the heels of Zipcar losing a deal with Duke University to car-sharing upstart WeCar, which is Enterprise's attempt to get a horse in the race that Zipcar has been leading for over a decade.

Zipcar's CEO, Scott Griffith, explained, "We've had Zipcars on campuses for more than eight years and as a result we've learned a lot from the next generation of drivers. We're targeting a generation that only knows how to buy music by the song so paying for a car by the hour is a natural for them. Students are smart consumers who appreciate Zipcar's 'Wheels when you want them' approach. We believe this alliance will drive home the value of using Zipcar and the fun of driving a Ford when students need a ride. With reduced membership fees and hourly rates sponsored by Ford, they can save even more money on sustainable transportation, without sacrificing the freedom – and fun – of having a car on campus." 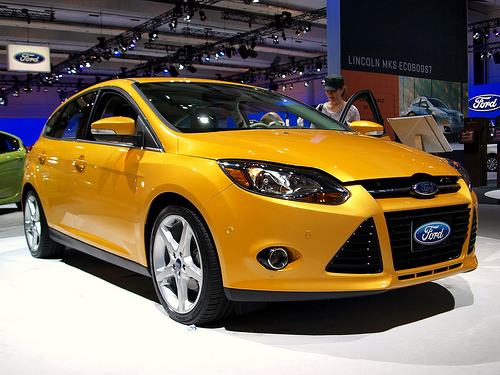 In typical American better-late-than-never fashion, this latest entry by Ford comes in the wake of numerous other car-sharing programs that have been previously test driven by carmakers in Europe. About six months ago, BMW unveiled its DriveNow program in Germany which followed Peugeot's expansion of their Mu pay-as-you-go scheme to eight European cities including Paris, Berlin, London, and Madrid. Not to be outdone, Volkswagen announced their Quicar service for Hannover, Germany, in May. Of course, all of these ventures fall in the shadow of Daimler's Car2go which was launched back in 2009 in Ulm, Germany, and Austin, Texas.

Zipcar stands as the undisputed champ in the U.S. car-sharing market. Providing sustainable and accessible transportation options is a cornerstone of Zipcar's business plan, and a solid driver of their growth (pun intended). However, they remain unprofitably because of the high cost of the cars they offer, raising a question about whether the Ford deal can help Zipcar become profitable. Aside from the important question of profitability, a ready market awaits. A study the company commissioned last year found that about half of the drivers between the ages of 18 and 34 (known as “Millenials”) consciously drive less than they used to, and 64 percent of them woud reduce that even further if alternative options – public transportation, carpools, and car sharing – were readily available to them.

From that, Griffith concluded, "Millennials appear to have developed a very different view of the automobile. Access and convenience are their top priorities, meaning that Zipcar and its alliances with companies such as Ford can deliver what they want easily, affordably and with the technology and sustainability they truly value."

Basically, Ford spied an opening in the field and hitched its wagon to the obvious choice. In the official announcement, executive chairman Bill Ford acknowledged, "Today's students are thinking differently about driving and transportation than they have in the past." He also made sure to throw in all the right buzz words, including "fuel-efficient vehicles," "reduce their cost of living," and "relieve congestion on campus." Still, Ford revealed a hint of the company's endgame: "We're looking forward to making Ford a staple of their college experience." Presumably, Ford believes that they can bond these future car buyers to their brand. Zipcar is likely operating under a similar assumption, hoping to raise a whole generation of shareable drivers. So, who will be right – the car seller or the car sharer? And can a deal with a carmaker help Zipcar turn the corner to profitability?