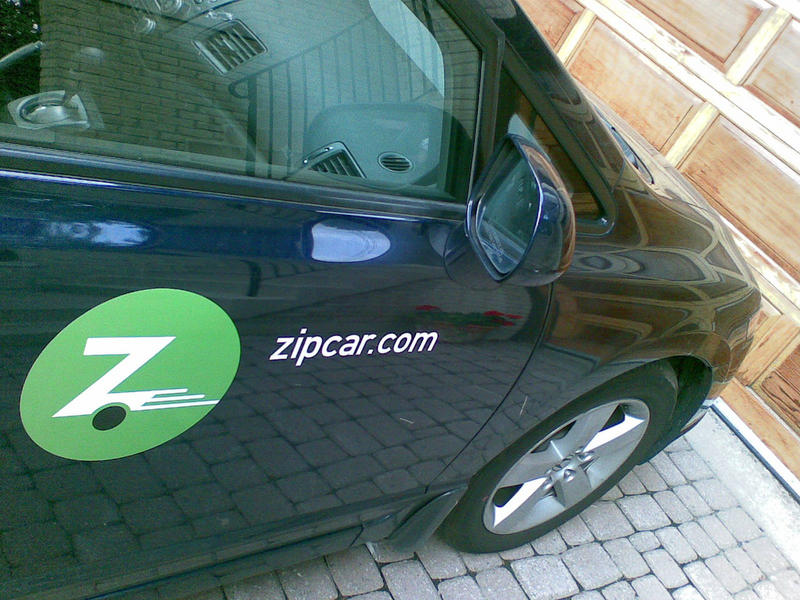 With 673,000 members sharing a fleet of 8,900 vehicles, Zipcar has quickly grown to be one of the largest car sharing networks in the world. But owning and maintaining this vast collection of vehicles is expensive, and can act as a roadblock to growth. That may be why Zipcar recently hinted at plans to explore the peer-to-peer model of car sharing.

Late last week, Zipcar announced that it would lead a $13.7 million round of funding for a peer-to-peer car rental startup called Wheelz. Unlike Zipcar, Wheelz specifically designed its car sharing platform specifically to meet the needs of campus communities by connecting students who own cars with students who need them.

Wheelz provides an opportunity for its members to earn some extra income (and what college student doesn't love that?) while also helping to reduce parking congestion and campus carbon emissions.

As this Mashable's Sarah Kessler points out, although Zipcar had no problem bringing in revenue during 2011, its net income was significantly less. "A peer-to-peer model like Wheelz’s, however, could help it scale more quickly and with much less capital by relying on other people’s vehicles." It could also allow Zipcar to expand in smaller, more rural markets that are not otherwise viable due to its business model.

“This investment is our first step in the direction of potentially offering a broader array of mobility services,” said Zipcar Chairman and CEO Scott Griffith, who will join Wheelz’s board of directors, in a statement. “We believe our strong brand and first to scale advantage put us in a unique position to exploit the network effects and business synergies Zipcar can bring to the broader mobility space.”

While, as Griffith implies, the investment could help Zipcar explore potential offerings, it could have multiple benefits for Wheelz as well. "Building a marketplace doesn’t do much good if nobody uses it, and Wheelz has plenty of competition," continued Kessler. "Zipcar’s cash and brand could help it beat similar services to new areas."