For The Future Of Car Sharing, Look Inside The Box - Shareable
Skip to content 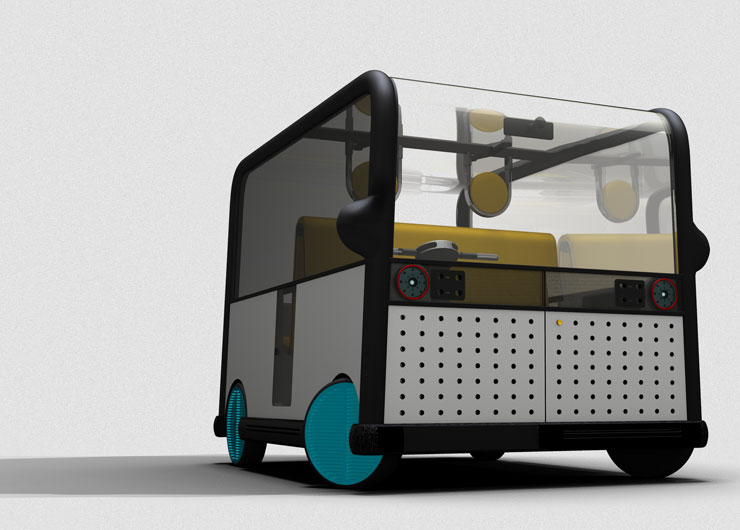 When two recent graduates from the Royal College of Art surveyed the cars and trucks swirling about the streets of London, all they could think was "dirty and anti-social."

Car-sharing is a way to access urban transportation without sacrificing the flexibility of a personal vehicle. But car-sharing services simply spread the consequences of dirty, anti-social cars between more people, so the relative cost and waste are reduced.

James Brooks and Richard Bone decided that what the car-sharing industry really needed was a personal car designed specifically for inner-city shared use. And so they designed one.

The Box (above) is a quadracycle powered by a small, flat battery with a 25-mile range and a top speed of 35 mph. The four-passenger Box is similar in size to the Smart Fortwo and is specifically envisioned as a car-sharing vehicle.

To make the Box more social and easier to share, Brooks and Bone did away with the low, sleek design we've come to expect in modern cars. An aerodynamic shape makes almost no difference when you're crawling along in urban traffic, and all those sexy lines actually reduce the amount of space available for passengers and parcels. 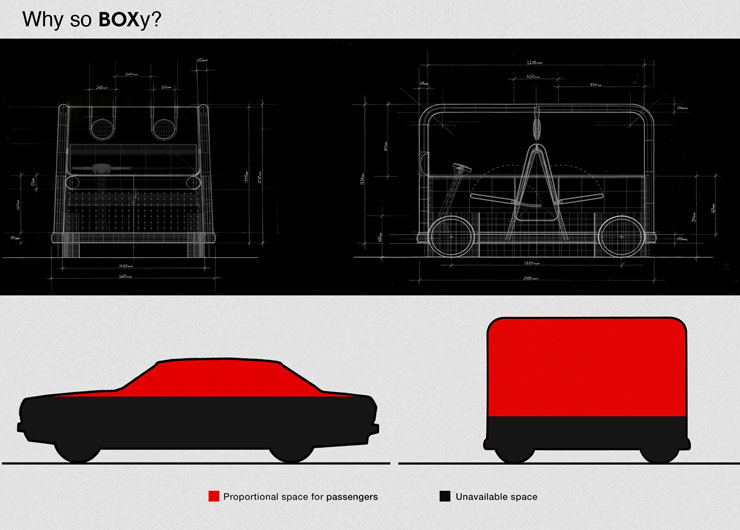 Although it has a carbon footprint that's identical to the two-seater smart car, the Box's boxy shape allows 4 passengers, even those with physical disabilities, to ride comfortably.

With an emphasis on utility and efficiency, Brooks and Bone also decided to strip the car of all unecessary electronics, and instead designed the car to interface with the smart phones that almost everyone is carrying in their pockets these days. 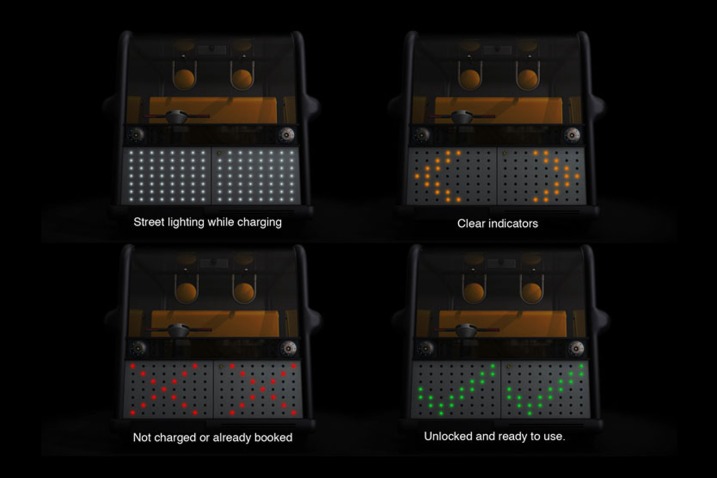 According to the designers, these changes mean the Box will be cheaper to produce, maintain, and insure than current shared vehicles. This will in-turn reduce operating costs for car-sharing companies like Zipcar, which has never been profitable primarily due to the cost of conventional cars.  Car designed specifically for carsharing could dramatically boost profitability and growth, thus help bring carsharing into the mainstream. 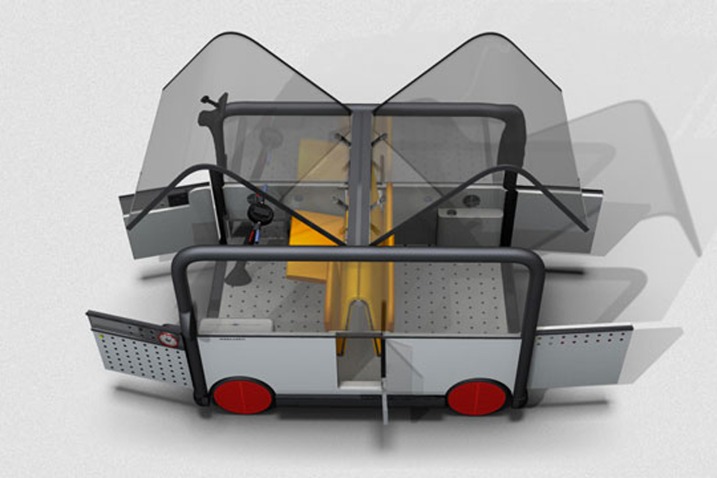 Even though the Box only exists in digital form (Brooks and Bone are constructing a non-working prototype for display at the London Transit Museum starting in September), the concept marks a significant shift in the way people are thinking about the shareable economy.

Instead of trying to make conventional products fit into the sharing model, designers are thinking outside the box by creating products for which sharing is the primary purpose.

And in this case, they're just redesigning the Box altogether.

What do you think–does the Box represent the future of the car-sharing industry?