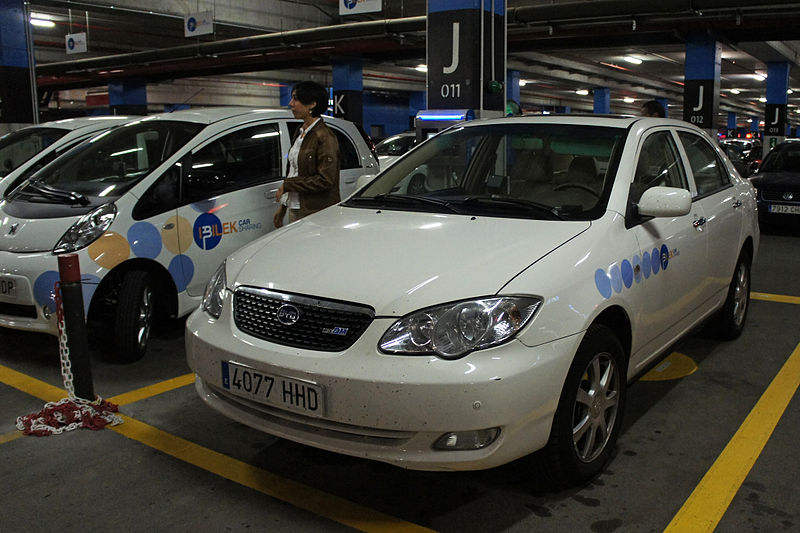 Car ownership is down, public tranportation and car sharing is up, and people (especially young people) are working out collaborative consumption solutions to their transportation needs. While biking, walking and public transit can take you a long way, in most places in America, regular access to cars is still vitally important.

A new report on car sharing by Susan Shaheen, Mark Mallery and Karla Kingsley has investigated the possibilites and boundaries to direct, P2P car sharing, which has different business modeling and planning from “traditional carsharing” (ie: Zipcar, Flexcar, etc.)

As they write, since 2009, car ownership has gone down for the first time since recordkeeping began (in 1960). This signifies an epochal shift in attitudes towards car ownership and transportation. While many factors are at play (increasing urbanization of the American population, the recession, etc.) it also correlates with a growing prevelance of car sharing organizations.

Traditional car sharing companies provide 24 hour access to a fleet of cars for short trips or errands. These companies rely on a large outlay of capital to build the fleet of cars that will be available, and complex technological set ups to organize insurance and car availability. Still, even for major multi-city car sharing businesses like ZipCar and Flexcar, car sharing relies on an intensely local economy of scale: “a carsharing business is contingent upon gaining approximately 25 active members living within 0.40 km/0.25 miles of each point of departure (POD)”.

Another major difference, and perhaps one that has the most potential for the transformative power of P2P car sharing, is that while traditional car sharing requires high population density to be profitable, personal car sharing can work even in the suburbs. The need of traditional car sharing companies to find a parking spot and maintain it, and to distribute their fleet, makes large, distributed neighborhoods in the suburbs very hard for them to enter: the cost is too high, and there are not enough people within close range of the vehicle. But with personal car sharing, the car’s owner already lives in the neighborhood and already keeps it there. Even if they have potentially fewer customers, that does not hurt their ability to offer the service.

Shaheen et. al. discovered some major barriers to personal car sharing however. The major problems were insurance questions and fear of sharing personal vehicles. Because it’s a new model of car ownership that fits into neither standard commercial insurance regimes or basic personal ones, insurance is very expensive for personal car sharing- improvements in risk assessment are needed to make it cheaper and more reliable. For more about the insurance issue, see Cat Johnson's excellent report here on Shareable

The other major problem to overcome with personal car sharing is less tangible. It's lack of trust: people’s cars are very valuable to them, and it is difficult to share that with strangers. A number of solutions are available, but the most reliable so far has been careful vetting and indentifying of users’ age, identity and driving records. The need for the owner to deliver the key to renters—called attended access—can be another great hindrance to development of easy car sharing. That’s why “unattended access mechanisms such as lockboxes, key fobs, smart cards, or smart phone applications become so important.” But much of the technology needed to make a car available for ‘unattended access’ is expensive to produce and install, and is often aftermarket and can void warranties or decrease the resale value of cars.

Still, as car sharing technologies improve and become cheaper, it seems likely many of these problems will be overcome. And the benefits of car sharing that Shaheen et. al. revealed are powerful: “A 2008 survey of more than 6281 carsharing members in North America found car ownership among the survey population dropped by approximately 50% due to carsharing participation.” Average monthly transportation costs also decreased dramatically, as did environmental impact. Americans in car sharing programs save $154-435 a month on transportation costs!

While there are many challenges facing the car sharing industry, in order to expand across the country some combination of personal and traditional car sharing methods will probably mark the way forward.