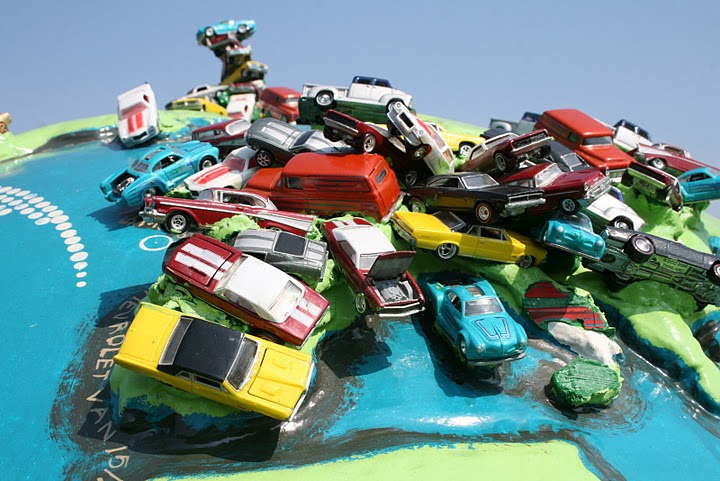 The new law could accelerate the growth of an already fast growing car-sharing industry, at first in California and later across the US as the legislation is adopted in other states. Existing car-sharing services could expand their fleets by allowing car owners to share their cars through their services.

The new law will also remove the biggest barrier to the growth of next generation car-sharing services in California like Spride Share, RelayRides, and Getaround that enable neighbors to rent cars directly to and from each other.

While a significant advance in the car-sharing industry, Shareable agrees with Alex Steffen of Worldchanging that we need to think beyond the car in re-patterning society for health and sustainability. Below is Assemblymember Dave Jones' press release about the new law.

(SACRAMENTO) – First-in-the-nation legislation allowing Californians to share their personal cars in car-sharing pools without risking the loss of their personal auto insurance coverage was signed into law by Gov. Arnold Schwarzenegger’s on September 29, 2010.

Assemblymember Dave Jones (D-Sacramento) authored Assembly Bill 1871 to allow personal car sharing by ensuring that individuals who allow their cars to be used in vehicle sharing pools do not risk losing their own automobile insurance coverage. Currently, receiving even a small amount of money for the use of one’s vehicle is treated by insurance companies as a commercial use of the vehicle, thereby invalidating the individual’s personal insurance coverage.
The new law makes clear that personal vehicle sharing does not constitute a commercial use of the vehicle. The law also makes sure that the individual car owner is not held liable for losses that arise when the vehicle is used for personal vehicle sharing.
”Owning a car can be expensive and vehicle sharing programs are a great way to help connect people with cars when they need them,” said Assemblymember Dave Jones. “The new law will help car owners shrink the cost of owing their vehicles, reduce the need for some people to buy cars, improving parking and traffic congestion, and help the environment.”
AB 1871 enjoyed widespread support from environmental groups such as the Environmental Defense Fund and the Sierra Club of California, transit districts like BART, and car sharing and personal vehicle sharing organizations across the nation such as City CarShare, Spride, Gettaround, RelayRides, Go-op Inc. and Divvy.com.
The new law received unanimous support in the legislature, and takes effect Jan. 1, 2011.
Teaser image credit: Javier