Five Benefits of the Crowd-Sourced City - Shareable
Skip to content 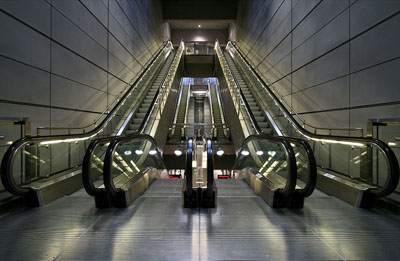 With the rise of affordable consumer electronics and the explosion of the information age, the gap between professionals and amateurs has narrowed. In nearly every sector, the average Joe may have ideas and talents that are as good — or better — than those of the “powers that be.” When professionals give an open call to an undefined crowd, opening up policies and plans to receive their ideas and talents, the concept of “crowd-sourcing” is being utilized. Crowd-sourcing can involve collaboration by the public on any number of tasks, and the term has drawn both criticism and controversy. However, a large representation of professionals have found it very helpful.

When private businesses began to discover the untapped resource of collective intelligence that lay within their customer base and to draw on that intelligence through tech solutions, a new way of doing business was born. Suddenly, through the power of the Internet and mobile applications, companies and organizations could crowd-source everything from customer service to ideation. It was a novel idea — saving time and money while making the consumer a real and valued part of the business. The concept of crowd-sourcing garnered a significant following, and like all good ideas… it spread. 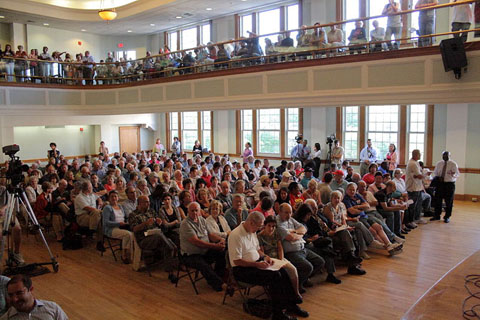 Forward-thinking communities and cities have begun to adopt the “new way of doing business,” examining areas in which they can invite the participation of citizens. “Open government” developed as a term to describe the process of making civic data accessible and usable to residents. More recently, place-based technologies — which allow people to geographically reference, track, discuss, and develop ideas about specific locations — have moved the crowd-sourcing concept beyond mere public participation. Some cities have broken new ground by using these and other technologies to allow for collaboration or “co-design” — actually working with citizens through the whole development process. This relates to the planning of public spaces, the resolution of local social issues, and much more.

There are significant challenges to implementing this boldly engaging approach. Cities must be committed to fostering a culture of openness and transparency which, let’s face it, doesn’t always come naturally to administration. But the rewards are worth the effort. The engaging city that works to create an environment of “publicness” and reaches to draw a continuous flow of ideas from the entire citizen base will discover:

1. Increased efficiency and lowered costs
Crowd-sourcing has been touted as a cost-reducer, which certainly appeals to policy makers as cities struggle to balance unstable budgets. Governments are turning to citizens for ideas on how to trim or maintain city services instead of spending huge sums on solution development. This works because many citizens are thinkers, artists, accountants, businessmen, and developers — many with the creativity and ability to build valuable systems that solve civic problems or improve services. These systems are non-traditional; they are web-based and publicly accessible, which is what makes them affordable and valuable to communities.

One example is Trein, an iPhone app developed by a student which brings real-time train-tracking information to mobile devices in the Netherlands. The Dutch Railways have been spending money for years in attempts to create a workable tracking system. A private individual was able to do it on his own! If the Dutch Railways had embraced his work (which they unfortunately did not), they would have saved time and money, gaining a tool to keep citizens up-to-date and informed. 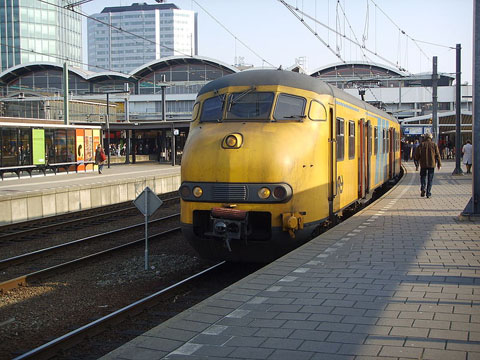 2. Management of community and infrastructure problems
Place-based technology and the Open311 movement, which strives to create an open standard for city services, have been influential in unleashing the power of crowd-sourcing to track community problems. Platforms like SeeClickFix and CitySourced have emerged to offer citizens the chance to report potholes, graffiti, overgrown intersections, and other quality-of-life issues to local authorities. People can use their mobile devices to report issues, leave comments, and view reports that have been made anywhere in the world. Smart cities will embrace such technologies as an organic way to come alongside citizens in managing community and infrastructure issues.

3. Collective resolution of social issues
Gaining a citizen perspective is key for policy makers when developing any type of public solution, but town hall meetings or letters to the editor often fall short of giving adequate representation of what the general public thinks about an issue. In order to combat the pitfalls of these traditional methods, engaging cities are reaching out in new ways, inviting public collaboration in problem-solving.

MindLab, based in Copenhagen, Denmark, is a cross-ministerial unit that helps develop the public sector “from within.” The organization provides neutral spaces (intentionally located apart from ministerial buildings) to allow for free development of ideas and solutions. MindLab projects have provided input on a variety of social issues, from enhancing young people’s understanding of finances to generating a debate around gender equality. Citizens work side-by-side with civil servants, creating and innovating. And the city reaps the benefits.

4. Creation and maintenance of public datasets
Despite all the possibilities inherent in open data, cities are often unable, due to time and money constraints, to develop and maintain the datasets that could provide valuable information for cities and citizens alike. By enlisting the time and talents of residents, communities are finding new ways of collecting data that don’t require manpower from the city, often using geographic information system (GIS) technologies that allow for interactive, real-time mapping of data.

In Los Angeles, the city’s Office of Historic Resources has launched SurveyLA, a comprehensive program to identify important historical resources throughout the city. Citizens are actively invited to participate in the process through surveys and online submission of historical resources or to search for a particular site using the city’s GIS-powered map of historical structures. Similarly, the city of San Francisco is turning residents into urban foresters by instituting collaboration on a map of the trees in the area. The Urban Forest Map allows people to browse or add information about trees in their neighborhoods, recording species, location, trunk diameter, and height. The data will help planners manage existing trees and plan for new ones, while combating tree pests and diseases; over time, a better and healthier urban forest will emerge in San Francisco. 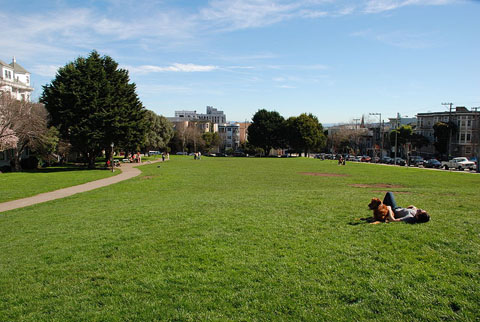 5. Development of people-planned, people-focused spaces
Perhaps the most valuable application of co-design is that of involving the public in long-term projects and community plans. Citizens themselves often hold the most intimate knowledge of the needs in their area. One bold experiment in engaging planning is the neighborhood wiki in the Netherlands, a collaborative site that is drawing on the everyday knowledge and experience of citizens to form long-range plans for the area. For cities wishing to implement an engaging approach throughout community development projects, there are helpful tools for facilitating public involvement. One of these is Engaging Plans, which provides a website package tailored to a specific plan or project. Through the custom site, citizens can participate in online dialogues, map and comment on ideas, and stay up-to-date on developments. Meanwhile, cities collect valuable feedback.

Crowd-sourced cities are strong cities
Collaboration between citizens and governments is an evolving concept; there will be new advances to watch as cities and developers work together toward an engaged public. Challenges of crowd-sourcing — such as culling the meaningless ideas from the valuable ones or motivating the largest segment of the population to participate — continue to be addressed with every new platform that is introduced. Meanwhile, the process of engaging the public continues to grow in value. Cities and the organizations within them will find that if they open their policies, plans, and datasets to include this “new way of doing business,” the end result will be better communities that effectively meet the needs of the people living in them.

Chris Haller heads up Urban Interactive Studio (UIS), a technology consulting firm specializing in web and mobile solutions for urban planning agencies and firms. He's the founder of EngagingCities where he helps urban planners understand and use the Internet and gives practical advice.