Can the Crowd Run a Company? - Shareable
Skip to content 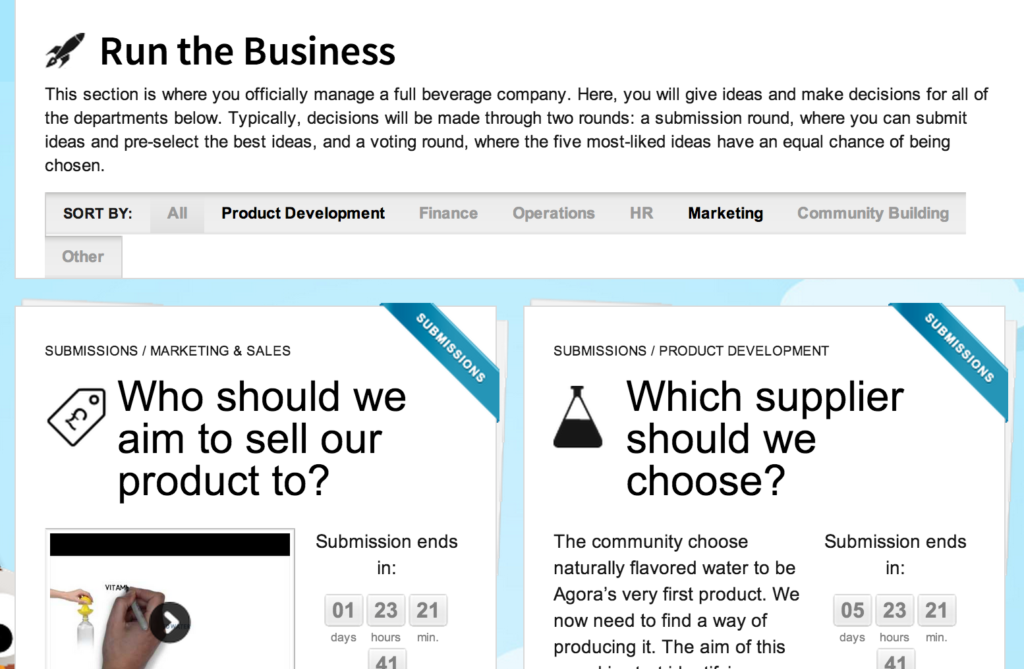 The growing power, secrecy and opaque decision-making processes of corporations are often cited as a major threat to free, democratic societies.

But what if those decisions were laid out for all to see? What if the public could influence a company’s business decisions directly, in a democratic process: what to produce, who to source from and sell to, how to market and what to do with the profits? And what if people could directly benefit from their participation in decsion making?

Could such a company survive? And would it reflect the values of society?

That’s the bet behind Agora, a beverage startup based in London that utilizes gaming and crowdsourcing technology to run a truly democratized enterprise in which key business decisions are generated by and voted on in an online community.

It’s founders, Allan Szymczyk and Jan Verwijs, developed and tested the idea on the Hult Business School campus in San Francisco, where they crowd-developed a successful smoothie company.  Their success led them to register the business in the UK.

The company just selected it's first product by vote: naturally-flavored water. During the vote, participants were able to view market research showing the viability of five beverage options nominated by the crowd.

"The next steps will be to find suppliers and decide on the best suppliers for our product," says Szymczyk. "Further down the line we will have decisions on the product label, the name of the product, and the marketing strategy."

Agora's business decision-making process moves through two stages. In the first stage, users can review background information, such as the results of market reserach about the decision at hand, submit their ideas, and vote on others' ideas they like. In the second stage, the top five ideas are voted on, and the winning idea is implemented. About 240 people have signed up so far, with about 30 actively participating, according to Szymczyk. 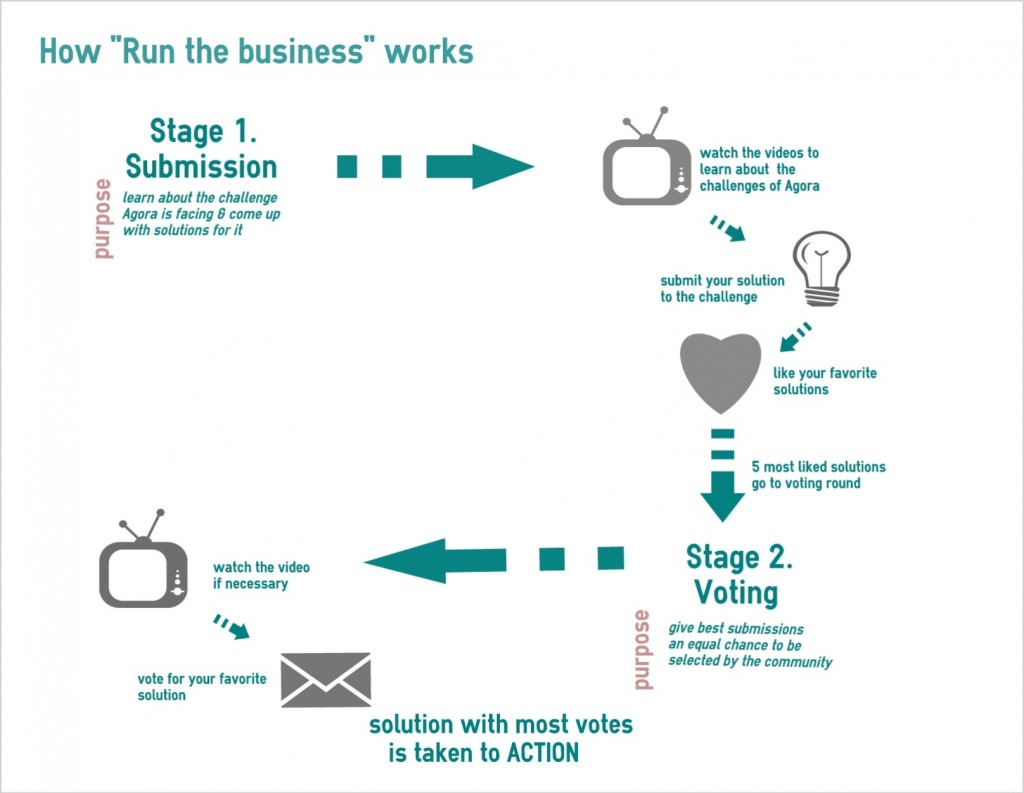 The constitution also differentiates between operational decisions to be made by directors and employees (e.g. what type of office equipment to buy) versus strategic decisions to be made by the online community (what type of product to market). The founders will select four directors, and an additional five will be voted on progressively as the number of members grows.

As recompense for their participation, members will receive a twice-yearly payout through PayPal if the company makes a profit and if the community votes to pay out to members. Details of how that funding is allocated will be decided using the company’s democratic decision-making tools and payouts will relate to each member’s level of participation. Additional benefits for participation, according to Szymczyk, inlcude being part of a concept that shows the world that fairer companies are posisble, being in charge of a real beverage startup, and the opportunity to expand business knowledge and test ideas.

A member gets 10 points for signing up, 100 points fr submitting an idea, 250 points for a “top five” submission, and 500 points for a winning idea. Members are ranked from junior manager to CEO on a scale of zero to 60,000 points.

Participants will also have a say in how profits are reinvested into the company. Learn out more about Agora in this video: