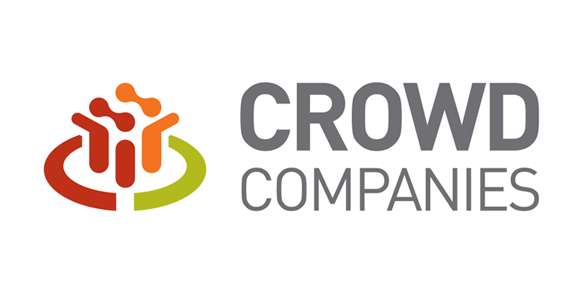 At the LeWeb conference today in Paris, Silicon Valley technology analyst Jeremiah Owyang unveiled his new venture, Crowd Companies, a "brand council" to help big corporations thrive in the collaborative economy. An increasing number of big brands want their share of the sharing, and Crowd Companies aims to help them do just that.

Owyang, formerly of the Altimeter Group, spent the past 10 years advising large corporations about social media. He will now put that experience to work at Crowd Companies and its 20 corporate clients including GE, Intel, Hyatt, Ford, Adobe, and Verizon. This builds on research done over the last six months at Altimeter, most notably the report, "The Collaborative Economy." The growing corporate interest in the collaborative economy is yet another sign that the trend is well on its way into the mainstream.

Crowd Companies' services include peer learning teleconferences, an online community, real world events, and access to innovative startups, all geared to helping big companies adapt to a future filled with 3D printers, crowdsourcing, digital currencies, and more. Crowd Companies aims to save clients' money while increasing the quality of their planning by bringing the leading thinkers of the collaboratie economy together at their central hub.

Owyang's vision for Crowd Companies is one part pragmatism, one part idealism, "I believe that empowered people and brands can work together for shared value. People have innovation, agility, and humanness. Brands have consistency, scale, and resources. Together they can achieve more." Crowd Companies' innovation network will include leaders from collaborative economy startups including Getaround, Scoot Networks, Shapeways, TechShop, Feastly, MeshLabs, Cookening, Compare and Share, and more.

I welcome the addition of a bona fide analyst to the sharing community, even if Owyang is to help those who need it the least. Research is key to effective planning for business, nonprofit, and government. His research will inform the entire space as Owyang is in the habit of making his research public. I've signed on as an adviser to Crowd Companies (no compensation). I hope to learn from others in the network, but more importantly I'll have the opportunity to influence corporations to engage the commons responsibly.

That said, Crowd Companies' launch should be a wake up call for grassroots sharing activists. Big corporations are mobilizing. It's almost certain they'll try to shape the new economy in their favor just as they shaped the old economy. If citizens are to shape the next economy in their favor, they must mobilize with more energy than corporations. That's why Shareable launched the Sharing Cities Network. Learn more about it here, and please get involved. The future you want — rather than what corporations want — may depend on it.