Why are Bikes Being Targeted by Congress? - Shareable
Skip to content 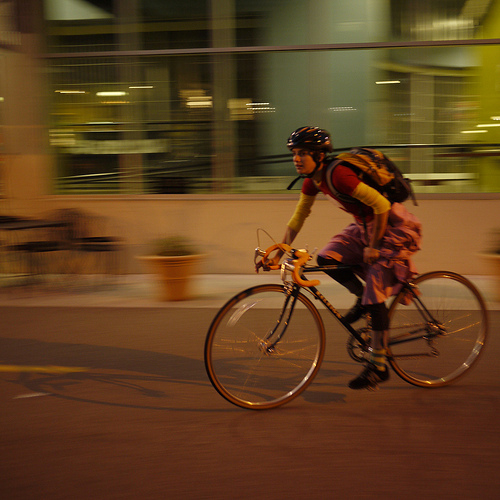 How in the the world can biking and walking be controversial?

They’re good exercise, fun to do and—as an alternative to driving everywhere—help us save money and the environment.  Both biking and walking are increasingly popular for transportation and recreation today, thanks in large part to a recent flowering of federally-funded trails, bikeways and pathways that make getting around on two wheels and two feet safer and more convenient.

But in these antagonistic political times, bikers and walkers are now targets of controversy for some members of Congress.  In September, Oklahoma Senator Tom Coburn proposed stripping all designated federal funding for bike and pedestrian projects from the pending Transportation Bill. After an outpouring of opposition from citizens coast-to-coast, Coburn withdrew his amendment.

Now bicyclists and pedestrians are under attack again, this time in an amendment from Kentucky Senator Rand Paul. He wants to redirect every last penny of money dedicated to bicycling and walking to bridge repair instead.

Now we all agree that safe bridges are important. Look at the tragic bridge collapse four years ago in Minneapolis that took 17 lives.

But safety for the millions of kids and adults that bike and walk every day is important, too. Since 2007, 2,800 cyclists and 20,000 pedestrians have died on America’s roads—many due to the lack of sidewalks, bike lanes and other safety measures that federal funds provide.

We shouldn’t have to choose between safe bridges and safe streets. Here’s why.