Fear and Loathing in the Coworking Space - Shareable
Skip to content 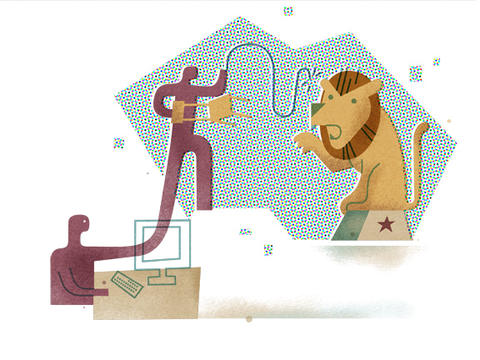 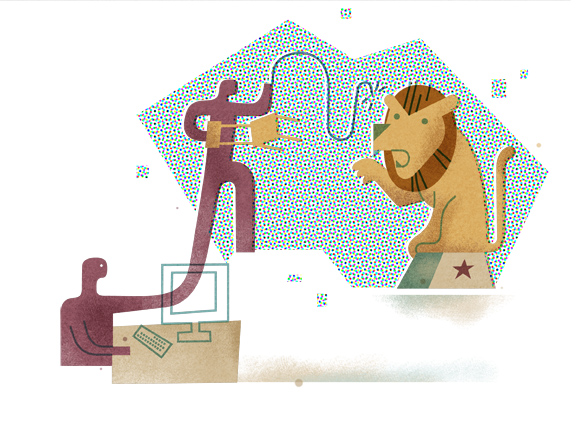 A few weeks ago, I glanced in my rearview mirror just in time to see my iPhone ricochet off the fast lane of Highway One.

People do this to coffee mugs sometimes. And bags of groceries. Doing it to a mobile appendage will make you question your sanity in an excruciating way.

“You’re stressed,” said a friend. A generous attempt to legitimize the lackadaisical placement of one's iPhone on top of the car they'll be driving to work.

But this entry isn’t about the mind-numbing effects of stress. Or being too stoned in Santa Cruz. (If you were wondering, I was not.) Or indispensable mobile devices made of glass.

In the freelancing life, some days are harder than others. The day my iPhone smashed to a million pieces under northbound tires was far better than today. My spirits were up. I still came to work and worked.

Today is a different breed of bad day: I've made it to the office without incident. And I am filled with fear and loathing.

I would never make that kind of a list.

Today, number 9 on Michelle Taute's list 23 Ways Coworking Will Change Your Career (and Your Life) for the Better resurfaces in a less funny way than when I first read it last week:

“Your grandma will start to think you have a real job. Maybe your mom, too. It’s something about going to an office that impresses the older relatives.”

The black hole feeling of imminent doom began this morning when I received an email from my bank that my account was overdrawn. By three figures. This wasn't the result of any sort of shopping excursion or extravagant bar tab, just, you know, rent. I’m ashamed to admit my broke-ness to any reader who has read this far into this post. But I do it because I aim to use this particular blog entry as a marker of Rock Bottom. A beginning, as it were. And because I believe that the best writing in the world is brutally honest, often at the author's expense. (And if you've made it this far, frankly, you deserve some juice.) So while I'm at it, add a five-figure student loan to the equation of imminent doom.

But even as the bubbly rise of creativity is crushed into a black hole kind of a day and dreams implode into dust, I remember: I agreed to do try this coworking experiment for one year, and there are ten months left in the year. And even though I have a wandering eye that flirts with more stable job opportunities on a daily basis, I know that my place is right here in this chair, pushing forward.

"When you're up and down, the coworking realm is a flat line to hold on to," said Traci Hukill, a longterm writing mentor of mine, and fellow coworker at Cruzioworks in Santa Cruz.

The woman knows. Hukill spent three and a half years of her writing life freelancing from a spare bedroom in the Santa Cruz mountains, at the end of which she was "fucking looney."

"I would just hang out with my cat and water the garden and make hummus, you know, and then I'd take a big excursion to the farmers market and freak out when I saw crowds of people," said Hukill. 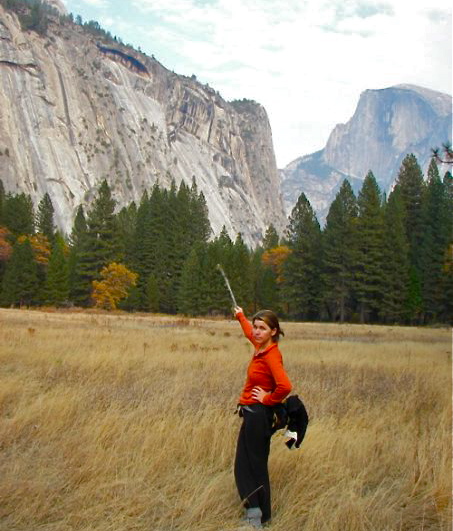 Does fear and loathing have a place in the coworking realm? Surely others must feel it too… That sudden realization that yesterday's brilliant idea is, actually shit. But the coworking atmosphere is kind of like a touchstone for the financially, or emotionally, or creatively-unstable. The front desk guys are always here to greet us, beaming, and we're all friends here. When all else fails, it's a certain sense of accountability that keeps us coming in. Even if we still haven't broken the before-11am-arrival seal.

"It serves as a routine and you feel weirdly accountable to your 'coworkers' to show up and keep plugging away," said Hukill.

"Even though they don't have a stake, really, in whether you succeed at your project, you do become friends, or at least friendly, with people in a coworking situation. To me there's a sense that if we're all in here together, sticking it out in spite of our neuroses and making small talk in the kitchen, then we sort of strengthen the whole group that way. Everyone's more likely to succeed."

I cling to this last sentence almost as tightly as I cling to the normalcy of kitchen small talk. In my black mood, a sweetly posed "did you get a cupcake this morning?" touches me deeper than my coworker Janet Brumbaugh will ever know.

Pings of doubt I can deal with on my own. I think they are a normal part of choosing a lifestyle that relies on the creative output of one's own gray matter to pay the bills. But the only thing that honestly reverses a vile bout of self-loathing is having successful creatives to look up to.

"I encounter fear and self doubt often," said illustrator Doug Ross who works on the cubicle side of my coworking office. "Whenever I get a big assignment from a large corporation that pays $7-8k I feel like I can't measure up."

I nod my head and pretend that I too, know what this must feel like.

"It is sometimes called 'impostor syndrome,'" said Ross. "I think it comes from not enough positive feedback as a child, but thats just placing blame. We should man up and own our problems, not place blame."

Ross is not an impostor. He really is the successful artistic genius, Doug Ross, whose client list includes The New York Times, Wall Street Journal and MacWorld. But the fact that he thinks he is should be a wakeup call to all going-looney freelancers.

In moments of fear and loathing, Ross gives himself a pep talk, and then he gets to work:

"My solution is to just put the pencil on the blank paper and start drawing—anything. Just start," said Ross. "Everything after that is an improvement on what was before, and in a matter of time it is done. You just have to put the right amount of time in. I encounter thoughts like: 'if i were a genius I would get this done faster.' So i just stay late at work and make that thought irrelevant."

If this is not good advice, I don't know what is. These people motivate me to show up and push back against rock bottom towards the next level.
And by next level, I mean: four-figure Magazine articles, already, jeez!
It's the only way this is ever going to work.
Follow Maria Grusauskas on Facebook and Twitter @MariaGwrites.