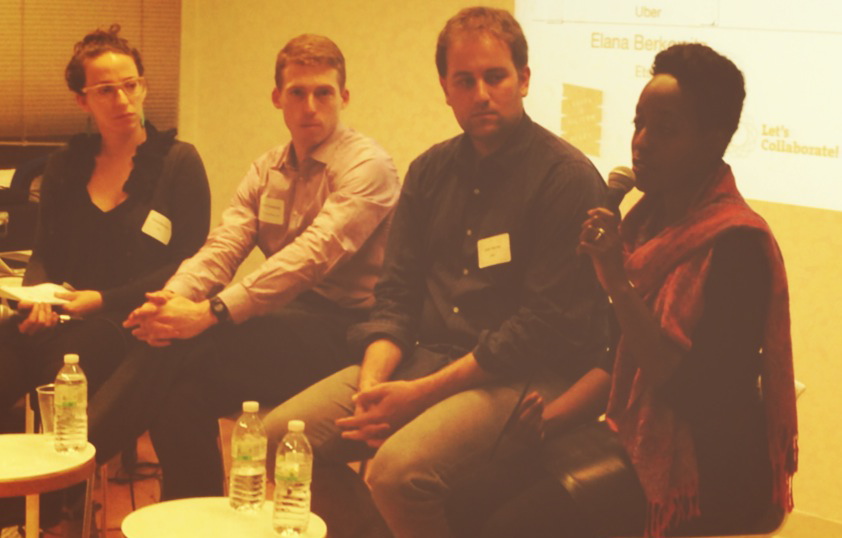 Sharing economy enthusiasts gathered together at an event put together by Let's Collaborate! and Suits to Silicon Alley last week to talk about the growth of the sharing economy and the subsequent implications with government in New York. Many peer-to-peer platforms face problems with outdated government laws designed for more traditional B2C industries or face no laws at all.

Milicent Johnson from Peers said, “The reality is, we do need regulation” but need to work together with various stakeholders to create laws that both protect citizens and lets innovation thrive. However, the legal landscape for collaborative consumption is currently confusing—”You want to comply with the rules but you don’t know what the rules are.” A recent example highlights this confusion where an Airbnb host got fined $40,000 but the fine was then removed—”Even the government seems confused what the rules are.”

When discussing best practices, Josh Mohrer from Uber advised to take an “Act first, and then ask questions later” approach to get the product in the hands of consumers first and to deal with issues with government when they arise. The alternative—to consult a new concept with the government before it has even launched—could mean years of discussions or even worse, your product will never launch.

In the case where there are no laws such as the absence of a mandatory helmet law when biking in NYC, there are other ways to encourage citizens to protect themselves. Justin Ginsburg from Citibike mentioned doing helmet giveaways (over 100,000 helmets have been given away in the past few years by the Department of Transportation) and discount coupons for helmets. Regulation is not the only way to encourage helmet-use, and other tactics can be used instead.

Milicent Johnson caused laughter when she stated, “Cities are the OG (original) sharing platform” to illustrate libraries, universities, and schools all promote sharing. There is no doubt sharing economy platforms are creating positive impacts in our cities—we need to educate the government and public on the sharing economy and work together to make laws clearer. Organizations like Bayshare in San Francisco and co:NYC in New York are taking steps to do this.