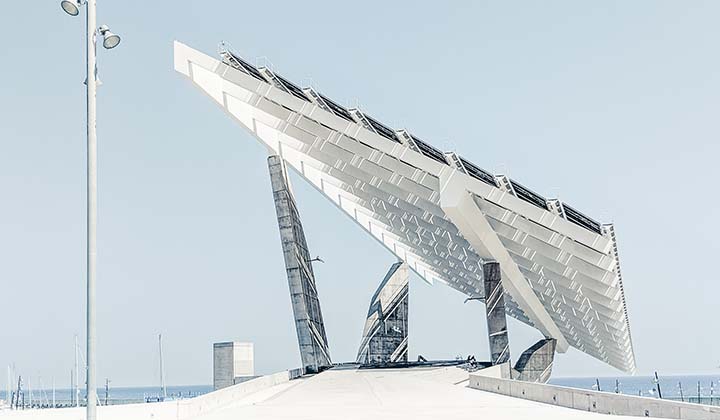 Photo by Eugene Zaycev on Unsplash

In 2000, Barcelona became the first European city to implement a Solar Thermal Ordinance (STO), making it compulsory to use solar energy to supply 60 percent of running hot water in all new buildings, renovated buildings, and buildings changing their use, independently of whether they are privately or publicly owned. The STO is part of Barcelona’s long-term strategy, integrated in a political and planning framework for climate change mitigation, to achieve energy self-sufficiency in the long term through the promotion of energy efficiency and the use of renewable resources. In addition, Barcelona offers a housing tax incentive for voluntary solar (thermal or photovoltaic) installations, regulated by the Municipal Fiscal Ordinance. The incentive provides a 50 percent tax reduction for four years after installation.

The STO applies to buildings that are intended for residential purposes, health, sports, commercial, industrial, and any other use that entails the presence of dining rooms, kitchens or collective laundries. With the approval of the Barcelona Environmental Ordinance in 2011, the scope was extended to require the use of solar energy (photovoltaics) for electricity generation in the design of new and renovated buildings.

The approval of the STO has created new market opportunities. Requests for the installation of solar thermal systems has increased, and so has the total surface area of solar thermal systems in the city from 1,650 square meters (over 1 square mile) in 2000 to 87,600 square meters (54.4 square miles) in 2010, increasing the licensed surface by a factor of more than 50 times. This has created projected energy savings of over 11,200 MWh per year, and resulted in a reduction of greenhouse gas emissions of approximately 1,970 tonnes (2,171 US tons) of CO2 per year, further contributing to Barcelona’s energy independence. More than 50 other Spanish cities have replicated the ordinance.

Emily E. Skeehan is currently living in Tokyo, Japan and is a Sharing Cities Policy Analyst Fellow. She completed a one-year John A. Knauss Marine Policy Fellowship working for the

Emily E. Skeehan is currently living in Tokyo, Japan and is a Sharing Cities Policy Analyst Fellow. She completed a one-year John A. Knauss Marine Policy Fellowship working for the Administrator of the National Oceanic and Atmospheric Administration (NOAA) in Washington, DC. NOAA is a federal agency that enriches life through science by monitoring the condition of the oceans and the atmosphere. In her fellowship, she served as a liaison between NOAA headquarters and external stakeholders to advance the agency’s priorities including making communities more resilient to climate change. She also co-authored the Administrator’s monthly external stakeholder newsletter, translated scientific findings into actionable policy recommendations, and cultivated public-private partnerships. Emily has a M.S. in Marine Science from the Virginia Institute of Marine Science (VIMS) at the College of William and Mary and a B.A. in Environmental Studies with a concentration in Policy from Middlebury College. As a Graduate Research Assistant, she studied model policies and flood management strategies from around the world and investigated adaptation options to recurrent flooding in coastal communities in Virginia. For her M.S. thesis project, she assessed the resiliency of marine ecosystems to sea level rise and climate warming using a computer model. Prior to her graduate studies, she spent six years working on science-policy in New York at two international clean water advocacy organizations. Emily was the Program and Government Affairs Associate at Metropolitan Waterfront Alliance (MWA), a convener of over 550 member organizations working to protect, transform, and revitalize the NY/NJ harbor and waterfront. She engaged citizens and cultivated strategic partnerships, facilitated the update of New York City’s Comprehensive Waterfront Plan, and influenced local, state, and Federal legislation. Emily also worked as the Field Coordinator for Waterkeeper Alliance, an international grassroots advocacy organization founded by Robert F. Kennedy, Jr., where she led strategic planning to help organizations develop consensus-based planning documents. She worked with international grassroots advocates in their fight to protect clean water by advancing community-based solutions to local, national and international water quality issues. She studied abroad in Italy and New Zealand and her extensive travels have made her enjoy working at the local, national and international level to advance climate change mitigation and other challenges facing cities around the world.

Things I share: Ideas and best practices on environmental policy and sustainability as well as stories on climate change adaptation and other challenges facing cities around the world.