Eating in Public: Reclaiming the Commons with an Anarchist Ethos - Shareable
Skip to content 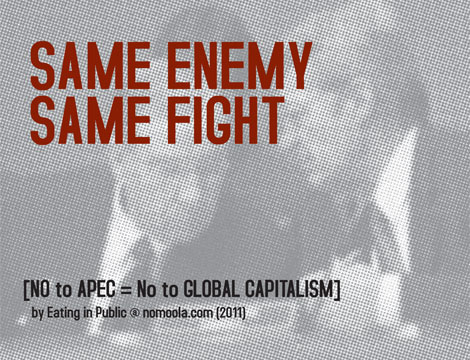 Back in 2003, O’ahu residents Gaye Chan and Nandita Sharma joined forces in a project that would become known as Eating in Public. The idea was simple: reclaim the commons in as many ways as they could. Following a path blazed by the Diggers, in particular, Chan and Sharma set out to disrupt the capitalist systems around them by establishing recycling centers, seed-sharing stations, community gardens, and more. And they did so with an anarchist’s heart and a complementary credo — “Join us if you want. Or, better yet, take our ideas and run with them. As far, smart, and fast as you can.”

It’s the 10-year anniversary of Eating in Public, how did the efforts get started? What was the inspiration?

The first initiative that kicked off Eating in Public (EIP) was planting papaya trees, guerrilla-style, at a scraggily patch of weeds by where we lived. I have to admit that we started without forethought. The action was motivated by simple pragmatics. One, we had too many volunteer papaya seedlings from our compost pile; and, two, we were tired of looking at the scraggily patch of weeds near our home. Once we started, though, one gesture inspired the next, and the next, and the next.

How many people are involved?

About 150 people have been involved on the implementation end, but the equally, if not more, important involvement is with the strangers who maintain the systems that we set up. You see, EIP only sets up the systems. We don’t maintain them. This means that they only keep going if the people who use them keep them going. 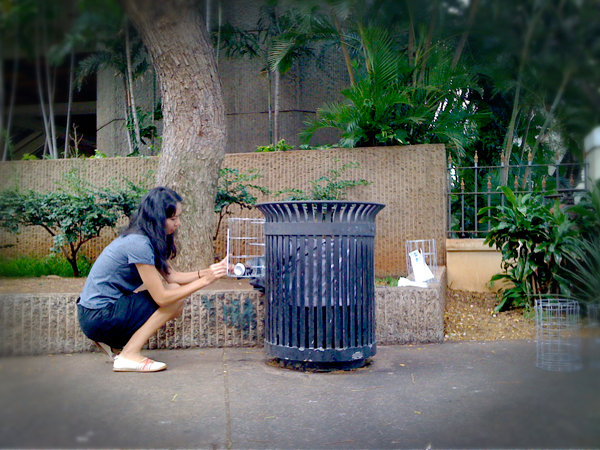 A volunteer attaches a HI-5 recycling bin to a trash can. Photo credit: Eating in Public. Used with permission.

Are efforts limited to O’ahu?

We have initiated projects at over 800 sites. The great majority of them take place on O’ahu, but we are happy that our impact has also been felt nationally (e.g. California, Oregon, New Jersey, New York) and internationally (e.g. Australia, Canada, Germany). Some, we have a little to a lot to do with. Some, nearly nothing at all. We make it very clear that our work is not original. We are simply continuing with and building on the work of the Diggers and others who have worked to reclaim our commons for the last 400 years. We don’t own copyrights or patents for our work and invite people to take our ideas and use them as they see fit.

How did the anarchist ethos come to pervade EIP?

EIP embraced an anarchist ethos from the start and it continues to permeate everything we have done since. Our anti-capitalist/state politics arose from our No Borders approach. We use our work to upend the forms of identity that such sovereigns have imposed on us. Ideas, for instance, that have us believing that we each belong to some group like “race” and/or “nation” distinct from others, that have us fearing others — that we are differently deserving and differently valued.

So, in all we do, we aim to make trouble and fun of the state and capitalism. We want to prove — not to them, but to ourselves — that it is possible to take care of ourselves while we take care of each other. Each time someone takes or leaves something from one of our initiatives, she connects herself to the stranger who has left or will take it. This is a social system that depends on trust and mutuality. A global commons in which relationships of deep interdependency are acknowledged and mutual decision-making shapes lives. Our ability to create this world is dependent upon changing who we think we are, and what we think of the stranger.

What are some of the projects EIP has implemented?

Also, partially inspired by international agribusinesses’ attempt to colonize, patent, and control seeds, our SHARE SEEDS stations are permanent places to freely leave or take seeds – for or from – strangers. The stations are built to fit the specificities of each location and entirely from scrap and/or repurposed wood.

And a few gallery-driven projects – Hawaii State Museum, Souther Exposure, Honolulu Museum of Art, Pegge Hopper Gallery. One example — FREE GRINDZ — is both an edible weed information center and a weed seed distribution station. Designed as a shipping crate and made entirely (almost) out of found material, it unfolds into the station itself. The three plants featured are amaranth, dandelion, and purslane, quite common throughout the globe. 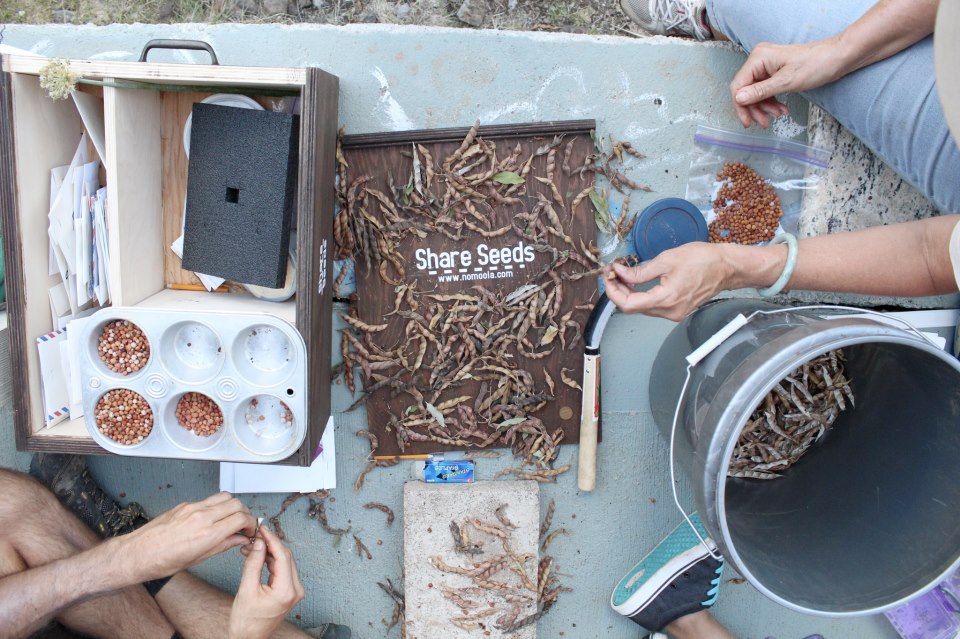 Sharing seeds is one of the most important things we can do to preserve access to the commons. Photo credit: Michael Broady. Used with permission.

What are some that have yet to be realized?

The following are works-in-progress:

Have you seen an uptick in participants due to the recent economic troubles?

There has been growing interest in our work as it becomes more visible. It’s hard to say if this has a relationship to larger social forces because they are so huge. What is clear is that at the time of the 17th century Diggers, it was unimaginable that land could be turned into property. Since then, capitalists have tried, with the help of the states, to remove more and more from the commons and place them into private and public hands – water, air, our labor, life forms, seeds, ideas, words, color, etc etc etc. Most in the First World grew up in this social context and rarely question it. It is certainly possible that the recent economic crisis may have awakened more people to the shams of capitalism and the state.