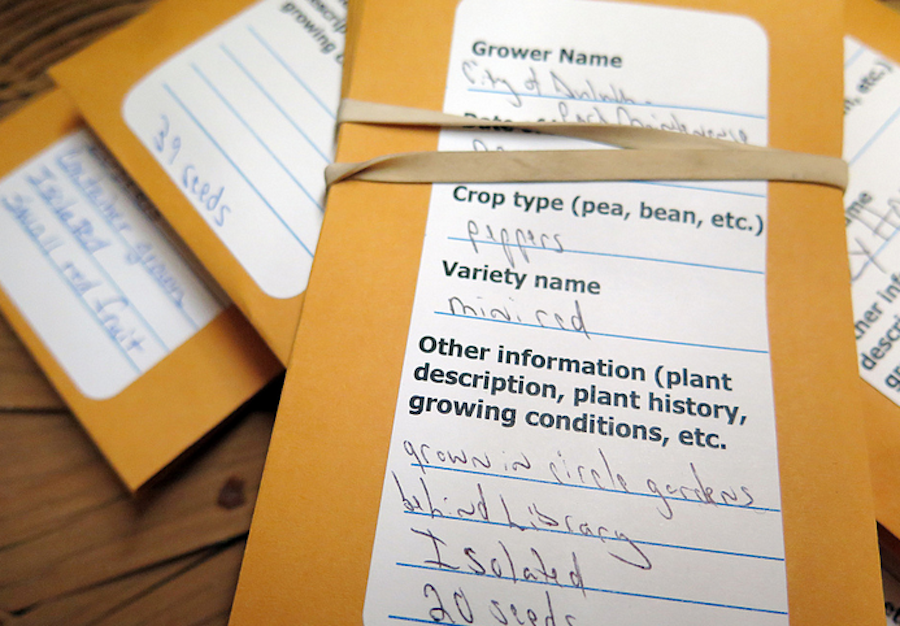 Seed activists can put a mark in the win column. Recently, the city council in Duluth, Minnesota passed a resolution supporting seed saving and sharing in the city (see video below of the council meeting). They also requested changes in state seed law to allow seed sharing without cost or germination testing.

The resolution is in response to a crackdown that took place earlier this year when representatives of the Duluth Public Library’s seed sharing project were informed by a Minnesota Department of Agriculture seed inspector that they needed to comply with state seed laws, which include rigorous and cost-prohibitive testing of seeds. This is a growing issue for seed libraries and the seed movement. The resolution in Duluth, which is co-sponsored by council members Joel Sipress, Emily Larson and Sharla Gardner, and unanimously passed by the city council, models a common-sense solution, the key points of which are:

In addition to municipal support for seed libraries, Minnesota State Senator Roger Reinert, representing St. Louis County where Duluth is, has expressed an interest in proposing legislation to change the seed law to exempt seed libraries.

And Minnesota is not alone. Legislators in Nebraska are considering proposing legislation that will exempt seed libraries from the state seed law.

Exempting seed libraries from seed law intended for commercial agricultural productions allows them to thrive without concern of breaking the law. This is a viable solution to move seed libraries out of legal grey areas and continue the creation of a healthy ecosystem of seed libraries. There are 390 seed libraries in the US and without exemption from seed laws that are designed to protect consumers from big agriculture, these grassroots seed sharing projects are in danger of being regulated out of existence.

Protect seed sharing in the United States by signing Shareable’s petition here. State governments around the country are regulating seed libraries out of existence. Please help us stop them!