Does Chris Anderson's "Radical Price" Have a Future? - Shareable
Skip to content 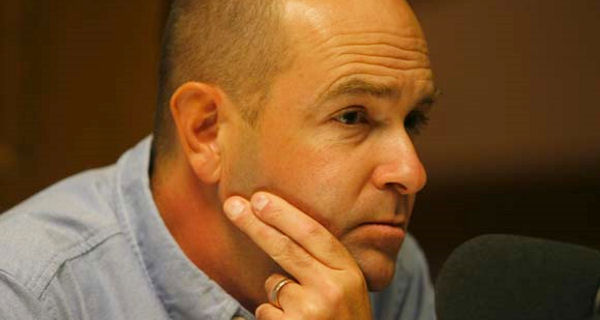 It’s not easy predicting the future. One minute you’re riding high on the New York Times bestseller list with an account of how organizations flourish despite charging zero (Google, YouTube, Wikipedia) – the next you’re accused of plagiarism.

That's what happened to Chris Anderson with his book Free: The Future Of A Radical Price, a richly ironic event that seemed to provoke warm and delicious feelings of schadenfreude in the bellies of many journalists.

To his credit, Wired editor-in-chief Anderson ’fessed up straightaway to the Virginia Quarterly Review’s claims that he had lifted copy… from Wikipedia. Less creditable was his excuse for the disappearance of his endnotes, the digital equivalent of "the dog ate my homework."

The imbroglio, and criticism of his ideas by Malcolm Gladwell in the pages of the New Yorker, obscured the content of this timely and intriguing book. Anderson’s subject – how the internet has changed the rules of business – has ramifications for everyone in the Shareable generation, from music pirates to open source programmers to online journalists.

The key to "free," Anderson argues, is to give one thing away, then make money on another. That’s what 19th Century New Orleans saloon keepers did, offering meals to customers who bought a drink – the original "free lunch." It’s what King Gillette did in the early 20th Century – packaging free safety razors, then making millions from disposable blades.

Now carry that model forward a hundred years and add the scalability of the web for Freemium, an economic model in which top-tier subscribers subsidize users who pay nothing for a reduced service. After all, Anderson notes, something costing a penny might be popular, but “give a product away for free, and it can go viral.”

Collating and categorizing these examples is Anderson’s strength. A former business editor at the Economist, with stints at Science and Nature magazines, he makes sense of the business models which use "free," such as cellphone companies that give away handsets and sell minutes; Travelocity, which takes a cut of users’ hotel reservations; and SampleLab, a hip Tokyo store that prospers despite giving its merchandise away.

Less convincing is Anderson’s grip on economic history, as he mixes and matches from theories explaining the Aztecs’ belligerence (they ate corn) to why human beings are hardwired for scarcity rather than plenty. But a more central criticism is that the book already feels dated — with the price of bandwidth, data storage and processing power decreasing almost overnight, some of Anderson’s examples seem obsolete.

And the hype surrounding some of his business models doesn't always stand the test of reality. As Gladwell points out in the New Yorker, YouTube is widely and freely used, but it has yet to make money — and the expenses of hosting a billion clips of cats and crocodiles will cost Google an estimated $360 million this year. Sharing definitely works, and it can be profitable, but sharing is different from "free," and quite a lot of evidence suggests that "free" may not be the universal organizing principle that Anderson says it is.

Beyond the content of the book itself, Free illustrates the risk of defining a momentary model – as soon as you label it, it evolves – while showing the savvy of a veteran magazine editor, spotting a gap in the bookstore and capitalizing on it. Throughout Free, Anderson heavy-handedly plugs his side business and his availability as a speaker. Using his own career as an example makes a certain amount of sense, but it also seems somehow lazy and tasteless, like nominating yourself for an Oscar.

With more content creators than ever, Anderson predicts professional writers will all but disappear. Instead, they’ll become teachers, or perhaps find others “to write for non-monetary rewards.” Here Anderson sounds like poacher turned gamekeeper, a journalist who once asked tricky questions, and now dismisses those questions with the assurance of a man whose speaking engagement fee outweighs his salary. His self-promotional instinct, when combined with the sloppiness that triggered accusations of plagiarism, lends Anderson the aura of a huckster.

In the end, however, it doesn't matter what we think of Anderson — what matters is whether "free" really does catch on as a radical price. “Free is disruptive, to be sure, but it tends to leave more efficient markets in its wake," writes Anderson. "The trick is to ensure you’ve bet on the winning side.”

Simon Hodgson has been a burger-flipper, tomato-picker, technology reporter, movie listings editor and freelance writer. His latest career is fatherhood. He lives on the West Coast with his wife and

Simon Hodgson has been a burger-flipper, tomato-picker, technology reporter, movie listings editor and freelance writer. His latest career is fatherhood. He lives on the West Coast with his wife and son.