Decline and Fall of The Malls - Shareable
Skip to content 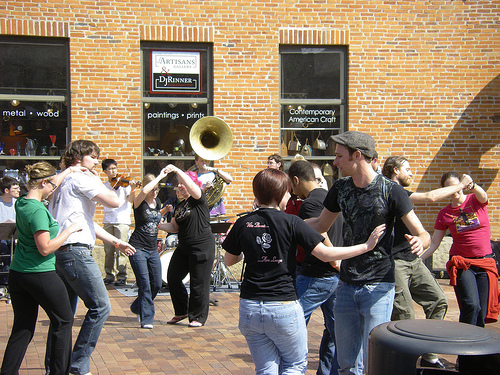 In December while you were wrapping presents and sipping egg nog, a huge shift was occurring in the American economy—one that will have a major influence on our towns and cities.

What happened? A lot of Christmas, Chanukah, Kwanzaa and Solstice shopping migrated to the Internet.

It’s been a steady trend for years, but finally hit home in 2012. After enduring dampened sales over the past three holiday shopping seasons, America’s retailers were counting on a consumer comeback. Big sales on Black Friday looked promising, but when all the receipts were counted, it was another year of yuletide restraint—at least in brick-and-mortar stores. Meanwhile Internet sales continued to rise.

Similar to the housing bubble that burst in 2008, some places will be more devastated than others. Brooking Institute Real Estate expert Christopher Leinberger documents how many outlying suburban areas were swamped by massive devaluation of housing prices–more than established neighborhoods in cities and inner-ring suburbs.

I think the same will hold true for the coming retail crunch. Downtowns and neighborhood commercial streets can weather the changes better than the malls, strip malls and big boxes that have proliferated across suburbs over the past 40 years. That's because older business districts have already been forced to diversify. They are no longer where we go only to buy shoes and housewares—they’ve become the place to do yoga, eat tacos, drink IPA, go to the office, hear a singer-songwriter, henna your hair, work out, browse a vintage store, wander through a gallery, and indulge in the pleasure of streetlife. They function like a commons—giving us a place to experience public life.

We’ll keep coming back to these places for the fun of it, while passing over single-use retail centers like strip malls and big boxes in favor of the Internet’s convenience.

Jan Gehl, a Danish architect and one of the world’s leading authorities on urban revitalization, says this trend is already underway in many parts of the world.  “If you asked people 20 years ago why they came down to Central Copenhagen, they’d say it was to shop,” he explains, based on 40 years of  extensive research.   Now, people report they come to the center because they want to be part of the action in center, although they are spending more money than ever in stores and cafes.