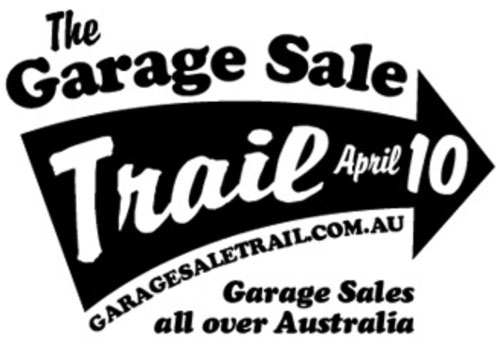 This article originally appeared on Collaborative Consumption. It is reprinted with the permission of the author.

Australia gets haggling with the National Garage Sale Trail Over the past few decades, our houses have gotten bigger, the average family size has gotten smaller, and yet we own more stuff than we know what to do with. With over 22 million rentable square feet of storage in Australia and New Zealand, it is estimated that Australians are hoarding more than 120 million unwanted items, worth over $5 billion. So when the whole country goes on sale, finding a fantastic bargain is no less than guaranteed. 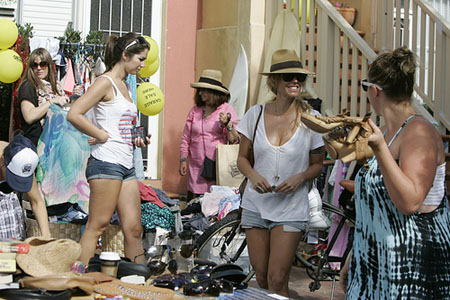 With small beginnings in world-famous Bondi Beach, the first Garage Sale Trail with 126 simultaneous garage sales across the suburb was held on May 10 of last year. Aiming to scale the idea nationally in 2011, the Garage Sale Trail team partnered with 24 local councils across Australia, as well as corporate partners including Vodafone, Stockland, and LJ Hooker. A staggering 1,608 registered garage sales were held simultaneously around the country on Sunday, April 10. Surpassing the team’s original goal of 1,000 registered sales, the Garage Sale Trail is set to become an annual tradition in Australia’s cultural calendar. “We've been inundated with stories of neighbours meeting for the first time, purchases made, friendships forged, and communities coming together for day which was super social and high on fun!” says Garage Sale Trail founder, Darryl Nichols.

Garage sales are a traditional redistribution market, helping us to recognize the ’idling capacity’ in the things we have around us that we don’t use anymore, and redistributing them to someone or somewhere they are wanted/needed. With almost anything imaginable available, last Sunday’s most popular sales included pop-up art galleries, home-made bake sales, vintage clothing, tropical plants, cars, farm irrigation equipment, someone’s flatmate, and even a house! 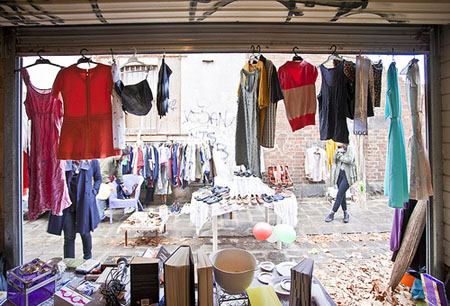 More than just allowing people to clean out their basements and storerooms, the Garage Sale Trail is a fantastic example of community creativity, with the most original and unusual sales drawing attention. 'The Mobile Market' in Bondi, for example, took place in a shopping trolley wheeled around the beachside, featured 'personalized songs for sale' for $8. Each song was composed on-the-spot and sung live with acoustic guitar accompaniment. At the other extreme was ‘Big Doug’s Big Sale: Part 2' which followed on from Big Doug’s success at the 2010 Garage Sale Trail where he sold hundreds of plants. This year he went even further to put his three-bedroom beachside house up for sale.

With every box of books swapped saving the equivalent of 150 spa baths’ of water, and every suitcase of clothing exchanged saving enough energy to power a TV for 1.7 years non-stop, the environmental benefits of an event the scale of this year’s Garage Sale Trail are almost immeasurable. These goods have been given a second chance at life, extending their lifecycle and keeping them out of landfill. But finding something you are looking for at one garage sale is like searching for a needle in a haystack, let alone hundreds of sales in your area. The Garage Sale Trail has solved this problem through the clever use of technology to help people market their hot items and give punters a better idea of which sales to head to on the day. 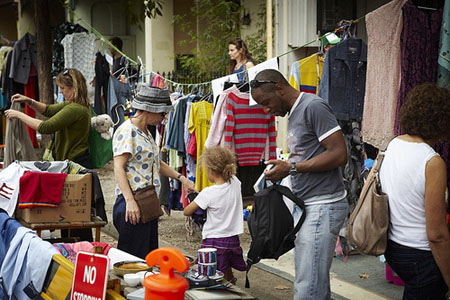 The Vodafone Compass app, featuring the Garage Sale Trail, helped to tap into online communities to engage and mobilize them for offline action on a scale never possible before. Planning the day was made easy through GPS tracking and location maps to help buyers pinpoint and mark out a route to favourite Garage Sales in their area, offering a level of convenience similar to a normal suburban shopping centre. “Participants and visitors on the day had all the information, map details, items for sale, and nearby points of interest at their fingertips,” explained Allison Murray, Head of Sustainability at Vodafone. “By downloading the Vodafone Compass App, it allowed them to move around the suburbs and garage sales with ease and saving time. It’s a great example of how an amazing offline initiative can be supported with a useful and interactive online technology.”

With thousands of people hitting the streets, the Garage Sale Trail is a simple idea married with smart technology that delivers multiple benefits. It empowers people of all ages and backgrounds to get creative, market their pre-loved goods, divert things from landfill, make some extra money, and perhaps, most importantly, connect with people in their community face-to-face. 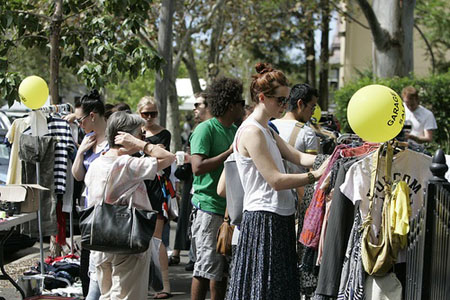 Next year we expect the 1,608 sales to be smashed as the Garage Sale Trail spreads not just across Australia, but around the world.