Crowdfunding Goes Prime Time — What Next? - Shareable
Skip to content 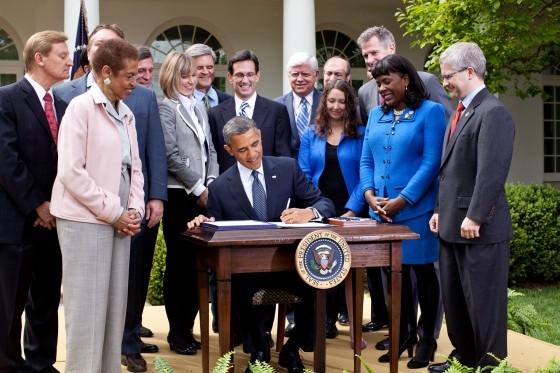 When President Obama signed new crowdfunding reforms as part of the JOBS Act earlier this April, Jenny Kassan of the Sustainable Economies Law Center and Cutting Edge Capital — a lead proponent of the bill — found herself sitting in the White House Rose Garden. Along with crowdfunding gurus like Michael Shuman, Woodie Neiss, Amy Cortese and others, Kassan joined Obama for the April 5 signing ceremony, where Obama called the JOBS Act “a potential game-changer” for small businesses and start-ups. “Because of this bill, startups and small businesses will now have access to a big new pool of potential investors — namely, the American people.”

Kassan, the CEO of Cutting Edge Capital, is guardedly optimistic that Obama’s words will become reality — though it may take longer than some expect. She spoke with us recently about how the crowdfunding law came about, and what it means for the future.

[image_1_small_right]How did this law come about?

“Michael Shuman (author of Small Mart Revolution and Going Local) got me as passionate as he is about supporting small local sustainable business as the cornerstone of a healthy economy,” Kassan says. But, “One of the big challenges is raising capital.”

"As a lawyer I learned about the challenges of raising capital from regular non-wealthy people. Under existing law it's completely illegal to ask for investments from the general public unless you go through an extremely elaborate process with the Securities Exchange Commission and state securities regulators… for regular investors, we have no choice, we pretty much have to put our money into Wall Street."

In July of 2010, Kassan recalls, the Sustainable Economies Law Center sent a petition letter to the SEC arguing for an exemption for small investments up to $100. "And then, nothing happened." But at a small business conference later that year, advocates met with Doug Rand (Senior Policy Advisor at the White House Office of Science and Technology Policy), and got his ear on the issue, says Kassan. Woodie Neiss launched www.startupexemption.com, "and somehow he got Whoopi Goldberg to Tweet about it.” Representative Darrell Issa sent a letter to Mary Schapiro, the head of the SEC, and asked why the SEC could not create an exemption for $100 investors. Schapiro responded in a letter saying “she would study it.”

Momentum built after congressional testimony on crowdfunding, and then, "all of a sudden, the president gave this big speech about jobs and one of the things he mentioned was the need to get rid of onerous regulations on capital raising."

Soon, Rep. Patrick McHenry (R-NC) introduced The Entrepreneur Access to Capital Act (H.R. 2930) which passed the House in December "by a huge margin" but stalled in the Senate. The American Sustainable Business Council got involved, and in March of this year, "by some miracle the Senate passed it.” 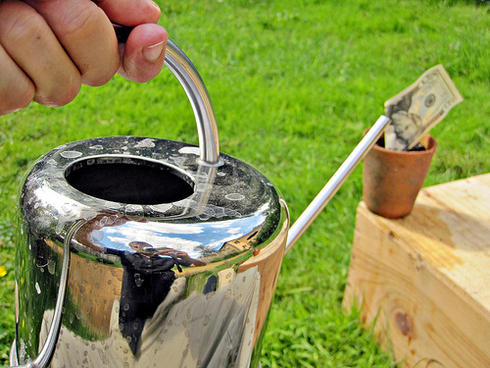 What do you see as the bill’s main impacts?

"It creates a limited exemption,” says Kassan. “Right now it's possible, but it's pretty onerous" to invest in small business ventures. "The law creates an exemption in federal law and supersedes state laws" to enable investment, so "it will be almost cost-free for businesses to do small offerings."

So what are your remaining concerns?

"There are a couple of things the law didn't address that I wish it would. One is a mutual fund for local business." Right now, says Kassan, it’s "extremely onerous," to set up a fund for small local business. There is no such thing in existence.

She’d also like to see new pathways for small investors to both buy and sell stock in small local ventures. "It's not super clear what happens if later I want to sell my stock to someone else… it would be really nice if we could have a secondary trading market, if you could buy stock in the café down the street and later sell it and buy stock in a local bookstore."

What are the immediate concrete impacts of the bill?

Kassan says there are still a few big steps before the law actually goes into effect. There is a 270-day SEC rulemaking process, she says, “and there's nothing that's going to force the SEC to meet that deadline." So it could be a year ore more before it’s actually implemented. But the time does provide an "opportunity for people to stay involved and provide comments to the SEC during the rulemaking process."

Kassan explains, "Under the new law you can't raise money directly from the public — it has to be through a web-based platform. Until the platforms are set up you can't raise money. And you can't set up the platforms until this [law] is fully implemented. Really, nobody is going to be able to set up a web-based platform to use the exemption until the SEC is done with the rulemaking process." 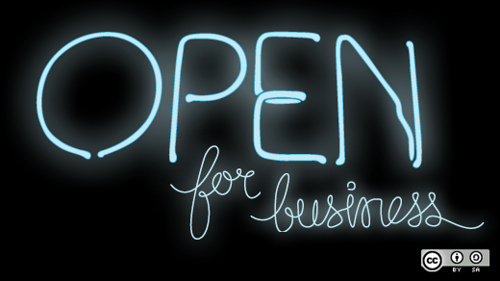 What, really, is the difference between crowdfunding and venture capital?

"There is a big distinction in securities law between big investors and small, wealthy and not wealthy, public versus private." In venture capital, says Kassan, "You're talking about private wealthy investors." Under the new law, you can advertise publicly, but in venture capital "you can't advertise to the public at all and you can only take wealthy investors,” who, she says, are “very demanding in terms of returns they want to see." Until the new law gets implemented, "If you can't raise money from that type of investor or you don't want to, there aren't any easy options."

Do you see any connection between this new law and the occupy movements?

“Well, Michael Shuman says ‘don't occupy Wall Street, ditch it.’” Kassan explains there is five times more money in Wall Street than in the banks, but "there's no way to invest in small local business, its illegal." The move your money campaign talked about moving your money to a community bank. The new law will allow us to move our money out of Wall Street and into Main Street. This is a major change for "the 99% of us who don't have the right to invest in what we want… I definitely see a connection."

With this new law coming, do you have concerns about the changing nature of crowdfunding?

"When it started to look like the bill would become law, all these businesses came out of the woodwork, hoping to be major players in the new world of crowdfunding. All these people are seeing that there is an opportunity. I'm sure many are well-intentioned, but I doubt that a majority of them are concerned about sustainability and community-building… it's a little scary.”

Despite this, Kassan has faith that the nature of crowd-funding favors small local endeavors, and that "If you invest in a business in your local community, there's the opportunity to know who you are investing in…hopefully some of these websites will focus on local projects. The way I see it is there is a chance for me to get a favorable return on my investment and invest in my community."

Crowdfunding provides "the opportunity for people to talk to each other,” and harnesses the “wisdom of the crowd,” says Kassan. “I think that wisdom will help."