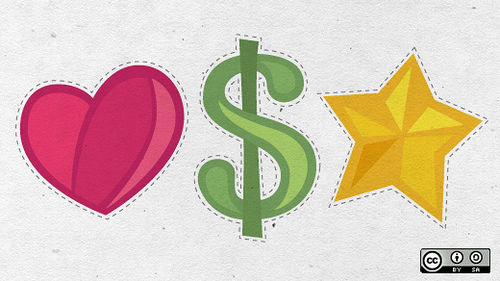 It may soon become much easier for sharing economy entrepreneurs to harness their networks to fund small businesses and social ventures. The Jumpstart Our Business Startups Act (H.R. 3606) passed in the House 390–23 on March 8th, and in the Senate last Thursday 73–26. Also known as the JOBS Act, the bill removes barriers that placed startups that raise capital through crowdfunding services like Crowdfunder or Launcht at risk of running afoul of securities laws.

Sponsored by Tennessee Representative Stephen Lee Fincher, the JOBS Act allows companies that raise less than $1,000,000 in a year (double if they provide audited financial statements to investors) to raise capital through crowdfunding. Previously, entrepreneurs who looked to collaborative funding for startup capital were in peril of facing Securities and Exchange Commission (SEC) scrutiny.

In Shareable’s Crowdfunding Nation: The Rise and Evolution of Collaborative Funding ebook, The Sustainable Economies Law Center broke down the risks for entrepreneurs and the negative impact these laws have on the economy:

Offering any kind of investment opportunity is an activity that is highly regulated by both state and federal law known as securities law. These laws were passed early in the last century to protect investors from slick pitch artists who traveled across the country selling worthless investments. Kansas adopted the first securities law in 1911 to “keep ‘Kansas money in Kansas’ and help local farmers and small businesses rather than enriching ‘New York Stock Exchange speculators and gamblers.’” Ironically, these laws now make it almost impossible to invest in small businesses in our communities and pretty much compel us to invest in the New York Stock Exchange. In the name of protecting investors, securities laws now make it very difficult to raise money with crowdfunding.

The basics of these laws is that before any investment opportunity can be offered, the person making the offering must file extensive disclosure documents with the federal government, as well as any state in which the offering will be made. There are some exemptions to this general rule, but even the exemptions take securities law expertise to comply with. The result is that anyone offering an investment opportunity may have to spend thousands in legal fees and filing fees before even being able to mention it to any potential funders.

Such barriers are prohibitive for many entrepreneurs in the sharing economy. And while creative projects funded through platforms such as Kickstarter and IndieGoGo are less likely to face SEC scrutiny, they nonetheless operate in murky legal territory.

The legislation isn’t a clear-cut win: another provision exempts “emerging growth companies” from the investor disclosure rules and regulations called for in Section 404 of the Sarbanes-Oxley Act, garnering fierce opposition from former New York Governor Eliot Spitzer and the Bloomberg editorial staff, who argue that this lack of disclosure could encourage fraud against investors and prompt the next Enron or WorldCom scandal.

As the JOBS Act goes before President Obama for consideration, supporters should be attentive to the potential risks it may pose to the larger economy. But despite these serious considerations, the legislation also offers a clear path for funding for the crowdfunding platforms, social ventures and small businesses building a new economy that provides a more egalitarian, P2P alternative to Wall Street greed and venture capital.