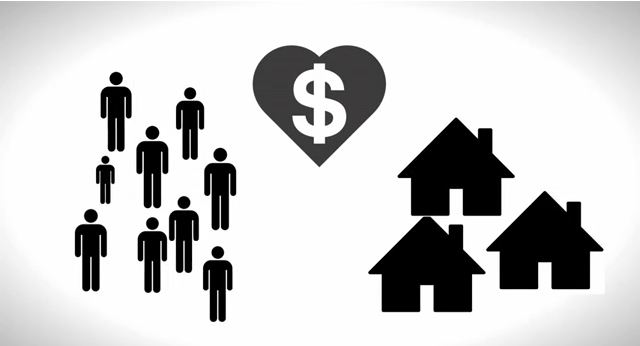 Entrepreneurs tired of waiting for sluggish banks or government incentives to fund their projects have a reason to celebrate: yesterday, the U.S. House of Representatives approved the nation's first crowdfunding legislation, removing major barriers to American innovation and increasing the potential for private sector job creation.

The Entrepreneur Access to Capital Act (H.R. 2930) was championed by Congressman Patrick McHenry (NC-10) as a way to foster relationships between investors and entrepreneurs. Specifically, it permits crowdfunding issuances that offer an equity stake (securities) to investors.

“Small business folks in Western North Carolina tell me time and time again that uncertainty and over-regulation are hampering their growth.  So it unfortunately comes as no surprise that over two years into a sluggish economic recovery, nearly 14 million Americans remain unemployed as entrepreneurs continue to struggle with gaining access to much needed capital," McHenry said.

"It’s clear that we need new ways to help small businesses and entrepreneurs take their ideas from the dinner table to the production line," McHenry continued. "The first step is to modernize outdated regulations that stand as barriers to American innovation. This legislation will ensure that our small businesses are not left behind.  Crowdfunding can help give them the means to create jobs for hard-working individuals here at home."

Among other things the bill will:

This last provision allows companies to market their crowdfunding campaign directly to the public, instead of limiting them to those with a previous relationship with the company.

In today's unstable economy, startups and small businesses are often overlooked by conventional lenders and have a hard time accessing credit in today's marketplace. As a result, innovation, especially in the clean tech industry, is stifled.

But collaborative funding via online outlets offers a safe, yet truly democratic process for taking an idea from concept to reality: "think you have a great idea?" writes Shareable's Paul Davis, "convince enough people and you can make it a reality. If not, back to the drawing board."

The bill enjoyed unprecedented bipartisan support, perhaps because it puts the burden of choosing which ideas to fund in the hands of the people. Because crowdfunding would allow new industries to grow without risking taxpayer money, the bill was hailed "a much better approach" than having such investment led by the government, by some House Republicans.

If signed into law, The Entrepreneur Access to Capital Act could provide a significant boost to the struggling economy by helping some smaller firms grow and create local jobs, though it faces an uncertain path in the Senate. If it survives, the bill's passage will undoubtedly facilitate rapid growth in the already booming crowdfunding industry.

For extensive information about what crowdfunding is and how to legally use it to bring new ideas into the marketplace, check out Shareable's Crowdfunding Nation series, now available as a Kindle ebook.