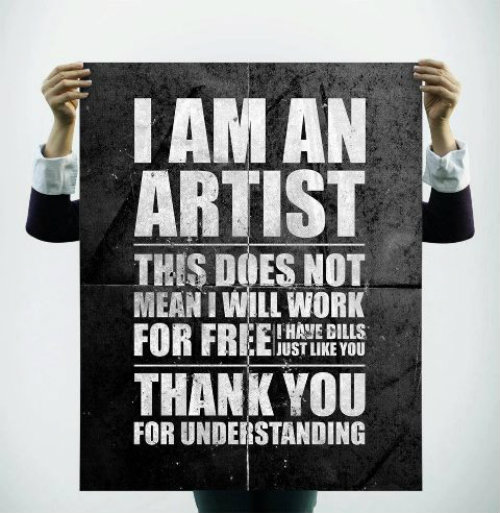 On April 26th, coworking spaces around the United States will participate in a national day of action to support freelancers' rights and demand the passage of the Freelancers' Payment Protection Act, a model bill currently in Committe in the New York State Senate. Read on to find out what you can do to help!

When the market crashed and chaos gripped our economy, many learned that "job security" is about as real as a free lunch. Pension plans, 401ks, and vacation savings disintegrated as those with decades of experience under their belts suddenly joined recent college grads in the unemployment line.

Tired of building their lives on the shaky foundation of corporate America, thousands of ladder climbers opted out. They became independent professionals, using their expertise to launch clusters of tiny, thriving, local businesses. Realizing they were now in charge of where they worked, as well as when and for who, a good portion of these new freelancers set up shop in coworking spaces.

Unfortunately, many in the mobile workforce have had to learn the hard way that U.S. laws were not prepared for this new style of work. That's why coworking spaces are using their clout to stand up for the talented individuals that collaborate at their desks every day.

According to the Freelancers Union, 77 percent of all freelancers will be stiffed by a client at some point in their career. As of right now, these hardworking entrepreneurs have no legal recourse against these deadbeat customers.

Without any true protection, freelancers are forced to spend precious time and money chasing their checks or taking legal action, or they have to walk away, at an even greater cost to pride, pocketbook, and the local economy. 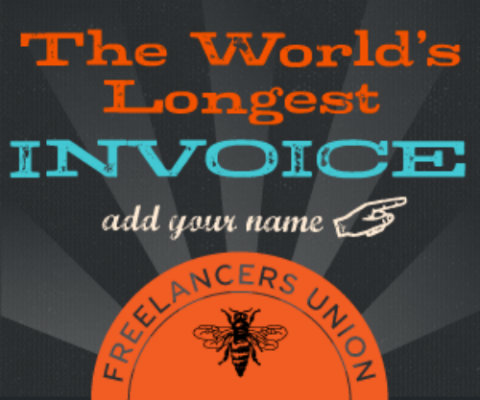 Coworking spaces, as well as the freelancers who use them, find this legal loophole completely unacceptable. As such, dozens of spaces from around the country helped Freelancers Union, along with partners Freshbooks and Loosecubes, launch the World's Longest Invoice. To support this creative awarness-raising tactic, spaces are hosting free coworking days, projecting the live invoice on their walls, and encouraging members to add their unpaid balances to the list.

In May, Freelancers Union will deliver the World's Longest Invoice to lawmakers in Albany, urging  them to pass the Freelancer Payment Protection Act in New York. "It’s model legislation that gives freelancers the same protection as “traditional” employees – they can file wage claims for the money they’re owed and get protection from the Department of Labor," said Althea Erickson, Advocacy and Policy Director for Freelancers Union. "We are SO CLOSE to passing the bill and creating a historic precedent in NY that can be replicated throughout the country."

How you can get involved:

1. Tell the world what you're owed at www.WorldsLongestInvoice.com (and encourage your friends to do the same!)

3. Sign the petition to pass the Freelancer Payment Protection Act.