Bigger than Starbucks? Forecasting the Future of Coworking - Shareable
Skip to content 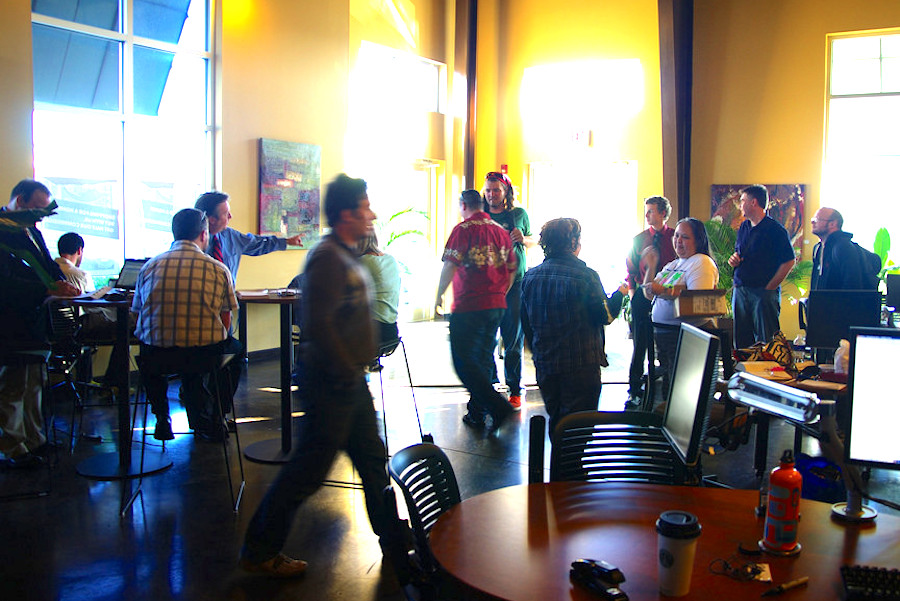 Coworking started as a small, fringe movement of people who wanted to work independently, but within a community. A decade later, that movement has become a rapidly-growing global industry that’s entering the mainstream.

A new coworking forecast by Emergent Research predicts that the number of coworking spaces worldwide will grow to 26,000 in 2020 from 11,000 this year. That's 3,000 more than the number of Starbucks stores worldwide in 2015. In that same time, coworking membership is expected to nearly quadruple to 3.8 million members from 976,000 today.

The growth of coworking can be attributed to numerous factors, though the main driver may simply be the large and growing number of freelancers worldwide which now represent roughly one third of all workers in the US alone. And apparently, freelancers don't want isolation with their independence. As Steve King of Emergent Research told Shareable, "We’re not at our best unless we’re happy at some level and we’re not happy unless we have relationships with other people…Outside of the hermitpreneurs…you’re not going to be happy unless you have human relationships, and the coworking world provides that.”

The disparity in the growth rates between spaces and members is due to the fact that coworking spaces are, on average, getting larger and serving more people. Interestingly, the estimated 3.8 million people coworking globally by 2020 would likely represent just 4% market penetration leaving lots of room for growth. The Emergent Research team estimates that, in the US alone, 22 million people could eventually become coworking members.

What does this staggering growth mean for the coworking community? When, as the forecast suggests, even some Starbucks locations could be considered coworking spaces, it begs the question of whether the core values of coworking—community, openness, collaboration, sustainability and accessibility—will continue to guide the movement in any recognizable way.

Considering the strength of the coworking movement’s foundational community, I believe the values can, and will, remain in the movement. But, like bypassing chain coffee shops to get a cup of locally roasted fair trade coffee, you may have to go out of your way to find a coworking space that prioritizes them.