Bringing the Platform Co-op "Rebel Cities" Together: An Interview with Trebor Scholz - Shareable
Skip to content 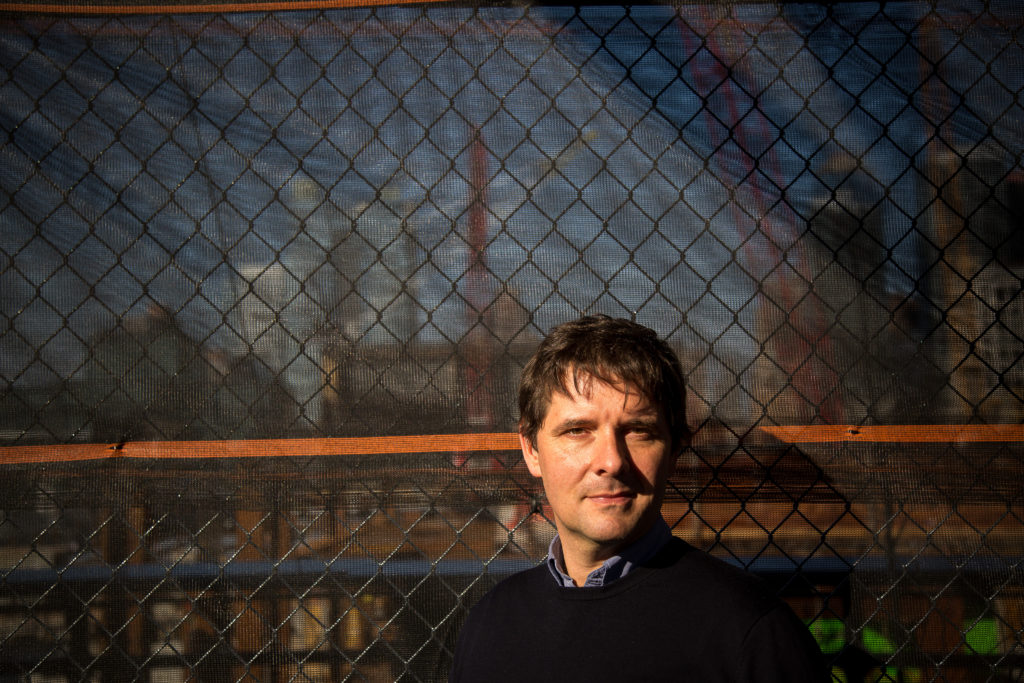 Recently, I had the pleasure of interviewing Trebor Scholz, Associate Professor for Culture & Media at the New School and author of the book Uber-Worked and Underpaid: How Workers Are Disrupting the Digital Economy (Polity, 2016). He is currently touring European cities to talk about platform cooperativism.

Platform cooperativism, as he puts it, is "a way of joining the peer-to-peer and co-op movements with online labor markets while insisting on communal ownership and democratic governance." I talked to him about this young movement, its rise, and the steps ahead.

About half-a-year after the first platform co-op event in New York, what are the outcomes?

The New School event was not the first platform cooperativism event in New York City, but from the very beginning, I noticed an unusual degree of interest. Workers, unions, labor advocates, cooperatives, legal scholars, designers, and civic technologists were all over it — especially young people who could not see a clear perspective in the current system, were enthusiastic about a realistic but slightly different pathway to more control over their life opportunities; it’s a more holistic vision of their future that starts with the question: How do we want to live?

Facing the every day realities of digital feudalism — or, framed differently, a platform capitalism that is built on socialized risks and privatized profits — more and more people warm up to visions of a world where wages are de-linked from labor, a global commons that is sustained by a populace supported by universal basic Income. The resonance of Paul Mason’s Post-Capitalism: A Guide to Our Future attests to the desire for this change. The peer-to-peer movement, with stellar examples of commons-peer production like FLOSS and Wikipedia, is making absolutely pivotal contributions to this end, but there are not enough workable proposals for a transition.

For the near future, this movement has not practically, directly addressed the need of the more than one-third of the contingent part of the American workforce to make a living. These are the independent contractors, day laborers, and freelancers. Between 2010 and 2013, more than 10 million people earned income through online platforms. Without state support, social benefits, or labor rights, they are left behind. And this is obviously not only a problem in the United States, but also in countries like Kenya and Nigeria where Airbnb and Uber are starting to take over the short-term rental and transportation markets despite the rich traditions of cooperativism in those countries.

Some sectors seem to be particularly suited for experiments with cooperatively owned online platforms. Home health care, for example, is an area where this model of social organization around technology could succeed on a larger scale. In Reinventing Organizations, Frederic Laloux offers a description of one such successful model in the Netherlands. All over Europe, and especially in Germany, cooperatively owned online platforms could help refugees sustain themselves. Importantly, these need to be designed with the help of refugees from day one. In Brussels, I met with refugees from Syria and Iraq, which showed me the clear promise of this idea.

There is a need for research into the needs of existing cooperatives. While the platform co-op proposal may be well-suited for a cooperatively owned bookstore, a stock photography site, or a cleaning cooperative, it may not work for other types of co-ops.

How did citizens take over the idea?

Events about platform cooperativism are currently taking place in many cities — from Berlin to Barcelona, Valencia, London, Oakland, Amsterdam, Vancouver, Melbourne, and Bologna. The City Council of Barcelona just agreed to support platform cooperatives as part of their innovation plan for local development. And in Berlin — convened by Ouishare connector Thomas Doennebrink and the founder of the creative resource center Supermarkt, Ela Kagel — a platform co-op group started to meet on a regular basis.

To keep the momentum going and to further build, grow, and sustain these initiatives, I am convening “Platform Cooperativism: Building the Cooperative Internet” November 11-13, 2016 again at the New School in New York City. Shareable and Civic Hall are already confirmed as partners in this event.

What about those who cannot make it to New York City this Fall?

We will hopefully be able to live stream the event.

What are the next steps?

Considering the threats for cooperative practices posed by TTIP and the recently published guidelines of the European Commission on the “sharing economy,” one of the hopes for this event in November is to bring together policymakers from various "rebel cities" (thank you, David Harvey) like Berlin, Paris, or Barcelona to talk about and globally coordinate thoughtful regulatory responses to the “sharing economy” and to promote social innovation and experiments with digital cooperatives, in particular. The goal is to link platform co-ops to the pro-commons movement and the solidarity economy more broadly.

While Nathan Schneider and I conceived of the event last November as a coming out party of the cooperative, decentralized Internet, the gathering this Fall will focus more on rolling up our sleeves to make it happen. The questions on the table concern not only the ways in which platform cooperatives can contribute to the commons, but they are also about the legal aspects — of blockchain technology, for instance — design, funding, social organization, governance — of Decentralized Autonomous Organizations like Arcade City, for example — ecological sustainability, data transparency, a deep understanding of the social impact that is created beyond revenues measured in dollars and cents, and the role of unions, academia, credit unions, and municipalities. We should start incubators and accelerators to advance this work, especially with existing cooperatives that are best suited for this model of organization of labor. To host these initiatives, we should consider making creative and unconventional use of public libraries and museums.

Nathan Schneider created the Internet of Ownership, which is a very useful directory that will significantly help to follow and give visibility to emerging projects. Nathan has also advocated this model extensively.

In addition, we also need to more clearly articulate platform cooperativism as a cross-generational feminist critique of the future of work, as Mayo Fuster Morell rightfully suggested. A discussion about a cooperative future of work must also take social reproduction into account.

Are you planning to publish something about all this?

In 2014, I wrote "Platform Cooperativism vs. the Sharing Economy" and last Fall, I published a longer introductory piece, which has now been published in English, German, and Spanish. Italian, French, Chinese, and Portuguese translations will follow. Then, in the Fall, my book,  Uberworked and Underpaid: How Workers Are Disrupting the Digital Economy, will be available from Polity.

And together with Nathan Schneider, I edited a volume titled Ours to Hack and to Own, for which we asked dozens of designers, workers, and other participants in the event last Fall to answer the question of what they’d tell someone who wants to start a platform co-op. This, too, will be available in the Fall.

You talked last year about the setup of a foundation?

Not exactly; we are in the process of setting up a Platform Cooperativism Consortium that will help to connect the practitioners in this eco system with each other and with organizations that can support their effort to change minds and bring real value and a fairer Internet to real people.

Matthieu Lietaert is an investigative journalist, director of the film The Brussels Business about corporate lobbying in the EU, and author of the book Homo Cooperans 2.0 about the "coop-laborative economy."