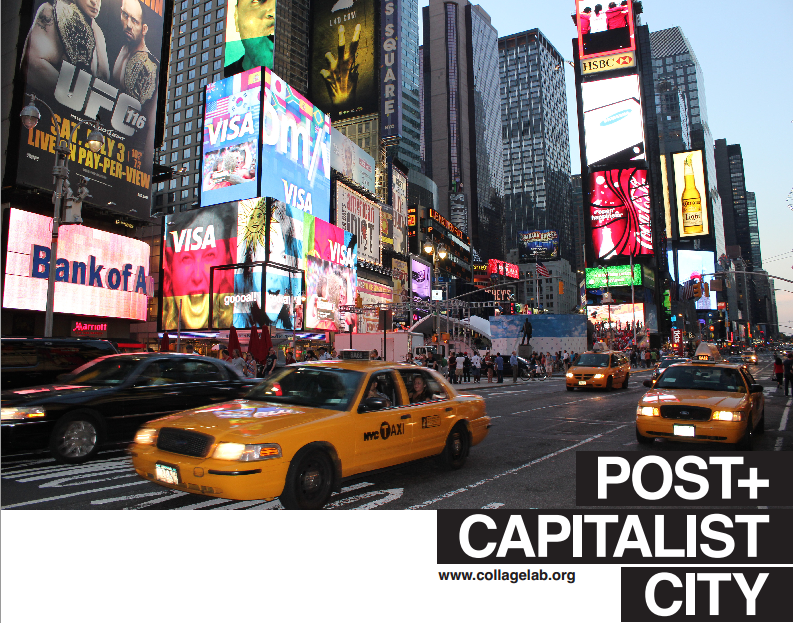 In the wake of the worldwide financial crises, there has been renewed debate about alternatives to the current capitalist system. Collagelab—a new platform for competitions about architecture and urbanism—has launched a yearlong competition called POST+CAPITALIST City with four themed contests that invite participants to reimagine cities in a post-capitalist context.

Cities… Their attractiveness was originally based on the economic opportunities they provided to their inhabitants…However, in a prospective future if attractiveness is no longer necessarily related to profit making…the question of the future of existing cities is wide open.

What if the change was tomorrow? What would be the characteristics of a system not based on profit making? What would be the consequences of a new system for the way in which we use urban spaces? Would cities enter a transformation process, becoming specialized centres in a globalized system? Would the global network of cities tend to erase borders or to affirm and reinforce them? What is (could be) the scale (the impact) of the change?

The first contest focuses on shopping. It asks entrants to rethink how we shop and consume and to imagine a city with a different kind of shopping culture. The scale of the project is wide open—you can think at a global scale or focus on your neighborhood or street corner. The only requirements are to be “urban and prospective.” It costs 30 € (about $39) to enter the contest and the total pool of entry fees will be divided as prize money between the top two winning entries.

The deadline to enter the shopping contest is July 1st, 2012, so get started creating your vision now. Future contests launching later this year will focus on work, lifestyle, and transportation.