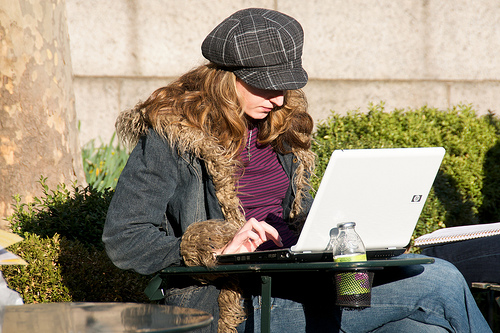 One little noticed effect of the Internet revolution has been a significant shift in our emotional attachment toward automobiles. This could have a profound effect on the future of our cities.

The car was once everyone's prized possession—a symbol of status, manliness and unlimited possibilities.  As early as 1945 novelist John Steinbeck wrote, “Someone should write an essay on the moral, physical and esthetic effect of the Model T. Two generations of Americans know more about the Ford coil than the clitoris.”

And showing how little things changed over the next two generations, Tom Robbins echoed this observation to the point of plagiarism in his 1976 novel Even Cowgirls Get the Blues, when he described men as knowing “more about the carburetor than they knew about the clitoris.”

Indeed, for most of the 20th Century, cars were an extension of our souls—and to think about giving them up, or even driving less, felt like a form of suicide. Buses or walking were for losers, wimps and weirdos.

But for many of us that’s changing. With all the amazing information, entertainment and communications available on the web, the computer has become our vehicle for exploration and self-fulfillment. The car is now seen as simply a way to get from point A to point B, especially for young people.

Last week, The Washington Post reported the surprising plunge in the number of 16-year-old’s with drivers’ licenses, from 44.7 percent in 1988 (before the worldwide web) to 30.7 percent in 2008

My son turned 16 in October, and has yet to even sign up for drivers’ training. None of his friends drive either. They cycle all around Minneapolis until snow covers the streets—and then some keep on riding with studded tires on their bikes while others hop on city buses or cadge rides from parents. By contrast, I was considered a total oddball for waiting two months beyond my 16th birthday to take a drivers’ test.

This trend favoring gigabytes over horsepower are being closely followed by the real estate industry. A recent report from GWL Realty Advisors in Toronto notes:

“There is also growing research that younger generations do not relate to the automobile as enabling ‘freedom.’ Instead, their electronic and social media devices – whether a smart phone, small laptop computer, music player, etc. – provide an alternative means for self-expression and being free to do what they want…. Younger generations seem to have less interest in automotive use, making apartment living in dense, walkable and transit-oriented urban areas a more natural fit for their lifestyles.”

The implications for our communities are enormous. As cars become seen as just one form of transportation among many, not as a measure of our self-worth, then the stigma long attached to buses, bikes, trains and walking will fade. With gas prices now hitting $3 bucks a gallon, even more folks will decide that driving everywhere is not worth the expense. This paves the way (pun intended) for new opportunities to transform our neighborhoods into places for people, not just conduits for cars.