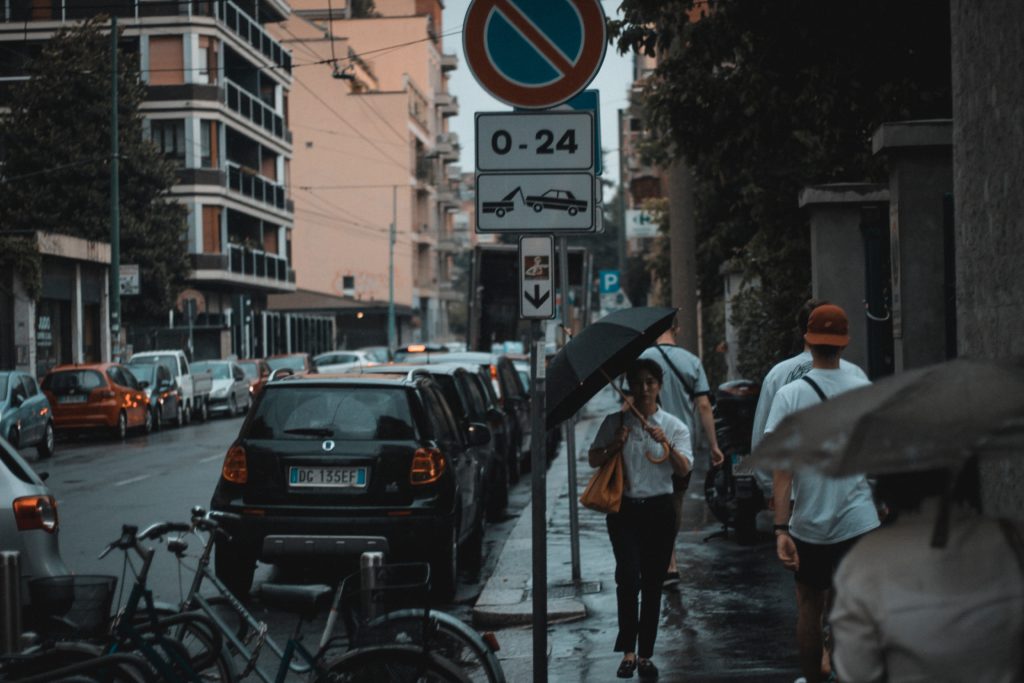 Milan, Italy, is one of the main cities involved in the Sharing Cities EU project. It is also one of Europe's more car-oriented cities, with 505 cars per 1,000 inhabitants (compared to 250 in Paris, France, 290 in Berlin, Germany, and 310 in London, England). Although this number has declined from around 700 cars per 1,000 inhabitants in the early 1990s, and the total number of cars declined from almost a million to less than 700,000, we are still talking about high carbon emissions and congestion issues. I talked with Valentino Sevino, mobility planning area director of Milan's agency of Environment, Mobility, and Territory, about this issue.

Since 2000, car sharing, bike sharing, and congestion charging have been successively introduced in Milan. According to Sevino, AMAT is convinced that the decline in car ownership is a response to the combination of various different policies, not any single policy. "Now our goal is an integrated mobility, to reduce the number of cars in the city," Sevino says. "The idea is to integrate all forms of mobility in the city as a basket, where people have access to all of them. With this panorama of services, we are confident that we can reduce the motorization rate further." Car and bike sharing, are key parts of this strategy.

By now, over 14,000 trips a day are done with car sharing. 750,000 people have subscribed to car sharing services. The city wants to increase that number by reaching new user groups, for example, by offering new services of cargo car sharing and condominium-based car sharing.

"There are peripheral areas where the car sharing companies do not want to go, because when cars are parked there, they stay there for two or three days, which is not good for business," Sevino says. "Yet, in those areas we do have demand for car sharing services. So we are going to test building-based car sharing. This is part of the Sharing Cities project. The ReFeel company is installing a charging station for electric car sharing in one building as a first project. It is a big complex, with about 2000 residents (over 600 families). There are individuals without a car, families without cars, families with one car, with two cars. All situations are found in the condominium."

According to a survey conducted there by the Politechnic University of Milan, over 100 people are interested in the service, enough to have two vehicles stationed there. There is a good mix of desired usages, from bringing kids to school, shopping, going to work, going out in the evening, and weekend trips. In the next two years, the experience in this complex will be evaluated in order to decide whether or not to expand the program.

Over 3,600 bike sharing bikes are available at over 280 stations. Pedelecs are available at the same stations as normal bikes. These bikes were used for over 4 million trips last year. While residents used to bike primarily for leisure, the rental bikes are used especially during workday peak commuting times, especially for the last mile to the office or to the home.

Bike sharing, like car sharing, is being expanded — for example, by a fleet of 8,000 bikes available since last September as free-floating rather than station-based bike sharing.

These policies appear to be having a visible economic effect. With car sharing, a lot of families with two cars decided to sell their second car. According to Sevino, a recently published article documented that since car sharing was introduced in Milan, the value of car parking spaces has declined.

Milan clearly has a long way to go to resemble Parisian car ownership rates. Yet, the numbers show that it is indeed possible for policies promoting shared mobility (which includes public transport) to induce a shift toward more sustainable forms of transport.