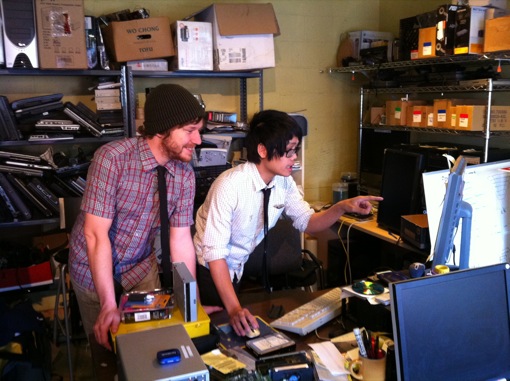 The allure of new technology is infinitely seductive. Look no further than the fever-pitch excitement surrounding the iPad 2, a refresh of a device that’s barely a year old. As we replace computing devices in increasingly shorter intervals, we leave a legacy of discarded-before-its-time e-waste in our wake. Full of toxic materials, electronics are becoming the fastest-growing waste stream in the U.S. Meanwhile, the digital divide remains a persistent problem. There are few jobs in 2011 that don’t require at least some degree of computer literacy, yet many Americans still lack basic skills and access. These are pervasive and intractable issues, which an emerging class of computer repair and literacy co-ops such as Santa Cruz’s Computer Kitchen address by reducing waste, educating and creating social capital. 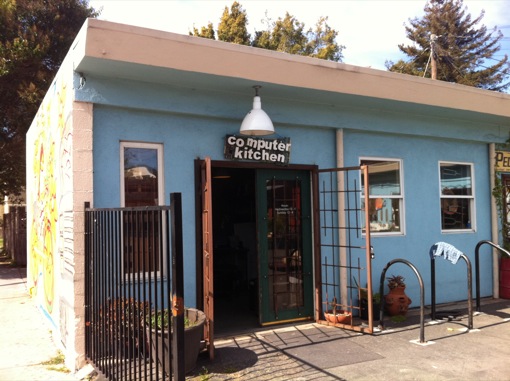 The Computer Kitchen was formed in 2009 by former University of California Santa Cruz students Robert Sese and Dan Devorkin. Inspired by the bike repair co-ops found in most urban centers and college towns, the Computer Kitchen’s core members and volunteers “promote the reuse of old and unwanted technology while providing a space, tools, and advice for people to work on and learn about their computers.” Ironically, the non-profit Computer Kitchen originally grew out of the entrepreneurial impulses of Sese and Devorkin. “Robert and I were meeting trying to come up with million-dollar ideas,” Devorkin says. “Our for-profit ideas that were actually pretty bad, but this came from us brainstorming.” Once the duo turned their attentions to a non-profit effort, the Computer Kitchen’s mission became self-evident. “We were interested in encouraging people to use open-source software,” says Sese, “and empowering people to work on computers themselves, because a lot of people are scared of them.“

Having little previous experience in the non-profit world, setting up a co-op was initially imposing for Sese and Devorkin. “It took us a good chunk of time to figure out all the bylaws,” says Sese. “We were granted non-profit status surprisingly quickly, but the process is pretty funky.” Once they made their way through the paperwork required to register as a 501c3 organization, the Computer Kitchen gained its own momentum. The duo assembled an advisory collective and secured a space next door to Santa Cruz’s bicycle co-op the Bike Church. “When we got the space it was empty except for a desk and a refrigerator full of ants,” says Sese. After flyering around town and publicizing it on various tech forums, “donations started trickling in, and it went from being an empty space to being full of stuff.” 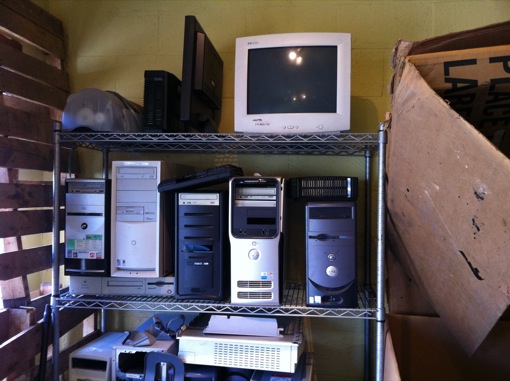 Two years in, the Computer Kitchen's cozy space is full of G4 iBooks and Dell towers piled to the ceiling, most still operational yet discarded by users coveting the latest and greatest devices. Salvageable computers are fixed and donated to local non-profits and schools such as Monterey’s Empire Academy and the Homeless Garden Project. The co-op endowed two hardware grants to non-profits in 2009, four in 2010 and are on track to top that in 2011. Equipment that is beyond repair is used for spare parts (some of which the co-op sells to walk-in customers to support itself.) Any leftover e-Waste is taken to Santa Clara’s ECS Refining once a quarter to be sustainably recycled. But perhaps the most crucial critical community service the co-op serves is teaching those with little computer knowledge how to fix their own computers or learn new work skills.

“It feels really good when people come in here and are like ‘listen, I’m going to lose my job if I can’t figure this out, or I can’t get a job because I don’t know how to use a computer,’ and we can help them,” Devorkin says. “Some people come in wanting to learn how to install Angry Birds on their iPhone, and we’re happy to help people with that, but it’s definitely more rewarding when people want to empower themselves and learn new skills that are going to improve their lives.” “When we walk people through the process, they may not know exactly what happened, but they pressed all the keys and have made an inch of progress toward being less intimated by the computer,” says Sese. “We have repeat people who come in multiple times because they feel like they’re learning something.” 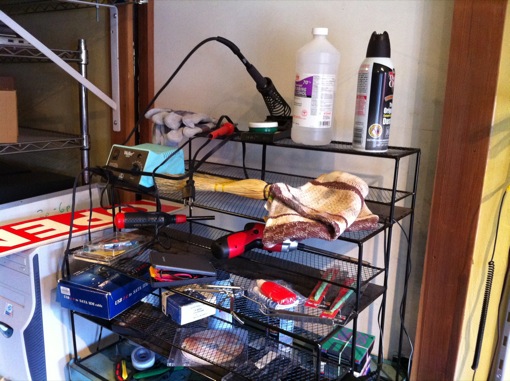 Bootstrapping a small non-profit with a unique model and mission is no small feat, but the duo says that the Kitchen’s success is thanks to the sustained and consistent commitment on the part of the founders and volunteers. Devorkin, who now lives in Oakland, commutes to Santa Cruz twice a week to staff the Computer Kitchen. “Having dedicated people is what’s really important,” Sese says. “Two years in, we’ve showed up 99% of the time.” Outside of such logistical issues, the collective contends with a number of challenges, most notably its tiny space, which limits the number of volunteers and walk-ins that can reasonably be serviced. But Sese and Devorkin remain unbowed by such challenges and have big goals to expand the Computer Kitchen’s reach. Due to space and staffing limitations, the Computer Kitchen is only open on Wednesdays and Sundays, a schedule that the duo hopes to improve by introducing more core members to the collective. The co-op is also aiming to be more proactive in its education outreach. Later in March Sese and Devorkin will go into a San Jose middle school with disassembled computers and teach students how a desktop system is assembled. 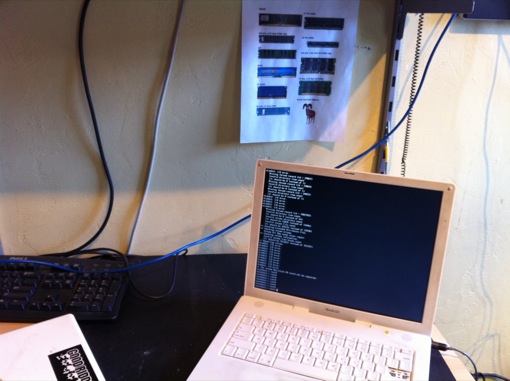 The crucial community service that the Computer Kitchen serves is evident from its ever-growing momentum, which has not been slowed by space constraints or the founders’ limited experience in the non-profit realm. There are a handful of similar organizations in the United States, such as the Computer Co-Op in Jackson MS and Free Geek in Portland OR, but computer co-ops have yet to achieve the level of mindshare that grocery or bicycle repair co-ops enjoy. That’s likely to change. The resources to start a Computer Kitchen in your community are tantalizingly close at hand: all you need is a committed team of volunteers and a community in need. So long as the country’s feverish gadget lust goes unabated, the abandoned computers will come, making computer co-ops an affordable, sustainable and direct way to empower users and contribute to the work force while keeping toxic e-waste out of landfills.