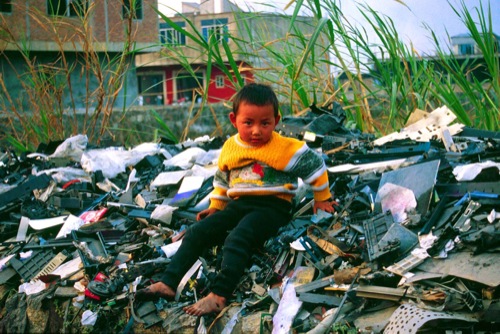 Americans purchase a lot of gadgets. Just last year nearly two million TVs, 95 million smart phones and somewhere in the neighborhood of 350 million PCs made their way into the hands of customers. So what happens to the old gadgets?

As I learned from Kevin Landers of Greencitizen, over 80% of the hazardous waste in North America is exported, often illegally, and ends up in developing countries where there’s a lack of environmental and labor regulation. Flat screens (LCDs) and cathode ray tubes contain the worst of the toxic materials. There is very little market for recycling them, as they are a total environmental liability. These items are the vast majority of the volume and mass getting shipped overseas and ending up any number of places such as wetlands, piles in rural villages and unsanitary landfill. It is mishandled, creating unsafe physical environments and working conditions and damaging ecosystems. 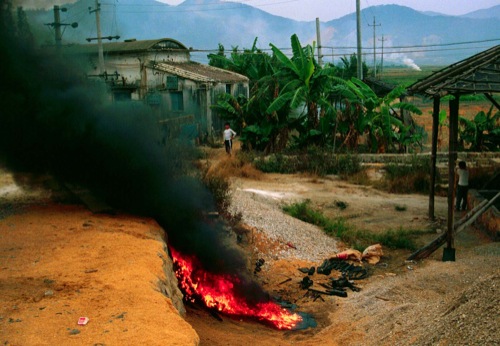 Photo by the Basel Action Network.

Greencitizen is a Bay Area based company with a mission to create a cleaner environment by addressing this growing electronic waste crisis. The aim of Greencitizen is to help extend the useful life of electronics through repairs, reselling of usable parts, de-materialization of toxic parts (CRTs and extracted minerals) and keeping all materials in the U.S. Through these means, they divert material from the recycling stream. According to their figures, the company diverts over 1.1 million tons of material from the recycling stream annually. As of 2009, the EPA reports 2.37 million tons of electronics ready for end-of-life management. The company is actively involved with the Basel Action Network, a global leader working in opposition to toxic trade in toxic wastes, toxic products and toxic technologies.

James Kao was inspired to found the company 6 years ago after working as a software engineer and project manager for technology companies such as HP, IBM, and Oracle, where he was exposed to the immense amount of waste in the industry. With a startup crew of five people he opened the business. The initial business model was to charge a subscription fee for all donations. They have shifted that practice, and now charge a membership fee for corporate customers only.

Today they have twenty-five employees, and four physical stores located in areas with high foot traffic including San Francisco, Berkeley, Burlingame and Palo Alto. Their employees have educational backgrounds in environmental science and see themselves as community educators as well as recycling service providers.

The free services include storefront drop-off, pick-up for buildings and individuals, diagnosis on broken electronics, along with premium services such as the sourcing of salvage parts, repairs, certified hard disk destruction services and data migration. 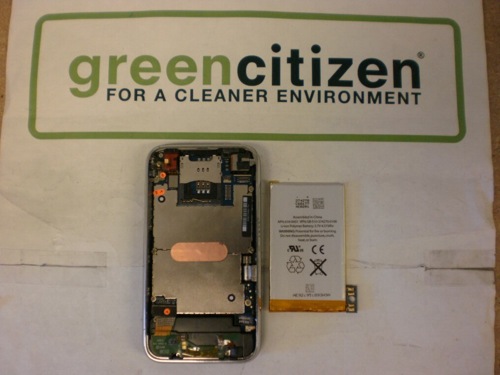 Every donated item is tracked according to the serial number, make, model and year. All donations end up at a Burlingame hub facility where it’s sorted and triaged by a technical services department. There, the recycling techs can determine what has redistribution value and potential—whether that’s individual components—or old desktop computers with useful life left in them. Rebuilt items get back to market through Greencitizen’s eBay store, GTOutlet.com. After reclaiming reusable parts, what’s left of an item is physically shredded and either acid or heat extracts the highly valuable metals or rare earth metals that can be reused. There is by-product that ultimately ends up in landfill or becomes feedstock for waste energy facilities.

The company is intent upon becoming a triple bottom line company that values people, planet and profit. According to Landers, they don’t have any direct competition. He views the other companies curtailing the export of electronics as collaborators in the overall material stream. They are Greencitizen’s downstream vendors; large industrial operations that are set up for recycling not reuse. Greencitizen believes this business model can be replicated. They see increased demand and awareness, two critical factors needed to push the market for responsible e-waste solutions forward.