If you live in New York City and are in the market for a bike, mosey your mouse over to Get Biked and take a gander at the selection. Recently launched by graphic designer Dave Dawson, the site — and its corresponding email list — is a new way to shop for a cycle in the city.

The difference maker, what sets Get Biked apart from, say, Craigslist, is its ever-growing community of bike enthusiasts. Commuters and triathletes, alike, can peruse the for-sale listings in search of a new ride, either passively through the email list or actively through the site. Alternately, if you are looking to sell some wheels, "Get Biked helps you find a good home for your bike," Dawson notes.

As evidenced in Get Biked, melding strangers together into a community, whether to share resources or ideas, is a theme that runs through all of Dawson's work.

What made you start Get Biked?

I love to ride my bike. It gives me such a feeling of freedom, and it's one of my favorite things to share with people. But finding a bike isn't always the easiest thing to do, especially if you're casually looking for a bike.

Shopping for a bike can take a lot of time and energy. So I thought, what if there was a thing that could show me bikes for sale on a regular basis, with all the info I needed to know? Something that would allow me to passively shop for a bike with little effort. That thing eventually grew into the concept for the Get Biked list. It originally grew out of my own need for a resource that didn't exist. In my day job, I run a tiny digital design studio called Cottleston Pie, so taking the next step to create Get Biked was a no-brainer.

What I'm most excited about is the community that's been developing around Get Biked. For each submission to the site, the seller is required to give background about the bike and their reason for selling it. I love reading those, because you can really get a good idea of someone's relationship with their bike. They want to make sure that their bike goes to a good home. Get Biked helps you find a good home for your bike.

You have more than 1,000 participants in New York City so far, what's the expansion plan?

Yeah! The list is growing quickly, and I think that really shows the interest level of people in the city, especially because I started this in the winter. I'm excited to see the participation grow once the weather gets a little nicer.

I'd love to be able to expand the Get Biked email list to new cities, but I'm still trying to figure out how to do that and keep it manageable. I think one of the reasons this has been successful so far is because I'm able to go through each bike that gets added to the site. If that process becomes automated, it will lose that human touch. So I'm weighing my options here, but NYC is a test ground for this kind of thing, so I'm moving forward here.

I am expanding what Get Biked is, though. I just launched a new education section on the site, which is just the beginning. The overall goal of Get Biked is to make people feel more comfortable about biking. Our education section is going to tackle topics that are intimidating for people who bike and people who are interested in biking — what kind of bike to buy, how to size a bike, what to know when going into a bike shop, safety guidelines for riding in the city, to name a few. 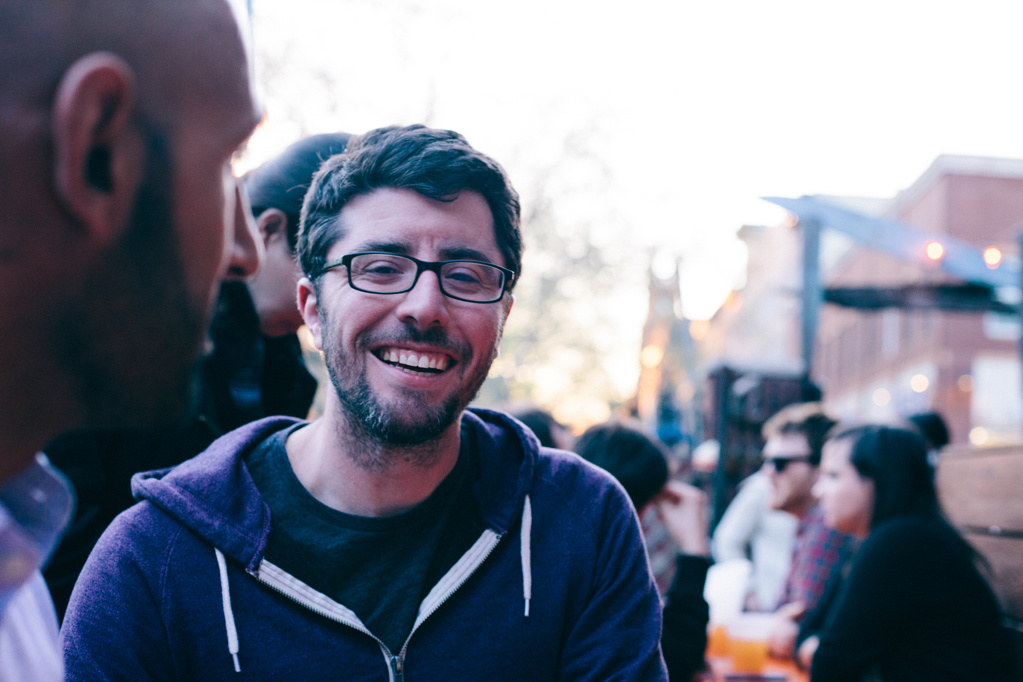 How do you see bikes fitting into the current and future urban landscape?

Biking is really becoming a mainstream mode of transportation. I think as more people move to urban areas, as they are doing, biking is going to continue to grow. The infrastructure is being built to promote biking; especially in NYC, more and more people are hopping on board. The success of the Citi BikeShare program here is a perfect example of that. The other main modes of transportation — driving, subways, and busses — are limited in their capacity. Biking is really the way to go if you're tired of being dependent on other systems to get you around town.

What sorts of design projects (urban and otherwise) are you hoping to see help boost the safety and prevalence of city biking?

I'd love to simply see more people biking. There's safety in numbers. As biking become more popular, drivers are becoming more aware of people on bikes and are on the lookout for them.

You seem to take simple ideas and make them cool and collaborative. Another one of your projects, "On a Wednesday," asks people to share something of themselves… just because. Where's that one going?

That's the idea! I'm just really curious about a lot of things. One of those things is what people are doing. So I joined forces with a wonderful photographer, Bekka Palmer, to find out. Every Wednesday we venture out into the city and just ask people what they're up to. We compile those short interviews into website called On a Wednesday. Each one of those interviews is interesting on its own, but when looked at as a list of interviews, it really gives a pulse of the city.

A lot of your work as a graphic designer also seems to be rooted in the sharing world — information repositories, open source architecture, and more. Is there something about bringing people and resources together that inspires you?

Definitely. Being a curious guy, I'm really interested in projects where I can interact with other like-minded (and not) people. I love sharing ideas and getting feedback on them. A lot of my projects start as prototypes that I throw together quickly, and then shape as I get more feedback about them. There's something beautiful about that. The Internet makes it possible for us to share ideas, which ends up connecting people who may not have connected otherwise. That's something that I want to spend my time on.