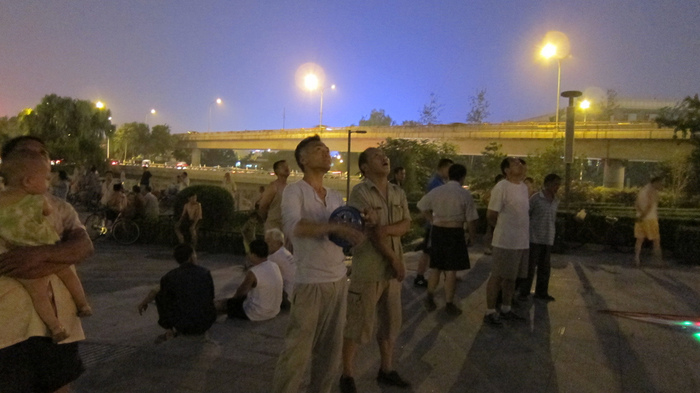 In China, rapid industrialization has created a toxic environment in urban areas. Emissions from new factories and coal-fired power plants mix into a literal and figurative dark cloud over the country's capital, Beijing.

Although the government would prefer to avoid criticism by keeping this issue under wraps, there is a grass roots effort underway to inform the public about air pollution levels and enlist citizens' help in crafting a solution.

FLOAT Beijing is a promising project currently seeking funding on Kickstarter. Using opensource technology and enlising the help of citizen scientists, the project hopes to turn the simple act of flying a kite into a low-cost way to address an urgent ecological, environmental and social urban issue.

If successfully funded, the project will unfold in two parts: First, FLOAT will hold a series of workshops in Beijing neighborhoods to enlist the public's help in designing and building Smart Air Kites, which will be fitted with a special module that can detect carbon monoxide, VOCs and particulate matter in the air. The workshops will educate the public about air quality monitoring as well as the technology behind it. 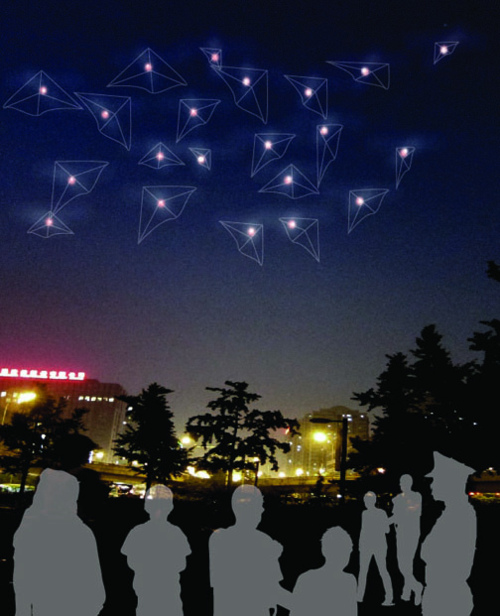 Next, participants will be invited to attend a nightime kite-flying event. Why at night? "Due to light and air pollution, it is extremely difficult to see stars in the Beijing night sky," writes the project's creator, Deren Guler. "These kites will appear not only as indicators of urban air pollution, but also a strong visual and sensory experience."

The project is a powerful example of how open source technologies can be combined with art to create platform for significant, participatory change in a community. Although we might consider air monitoring technology to be quite sophisticated, this project isn't reserved only for tech geeks or environmental experts.

Kite flying is an activity that appeals to children, is interesting for youth and adults, and incorporates Chinese traditions that are now found only in the hands of older artisans. Those who participate will not only have a chance to reconnect with others in the community, they'll also gain satisfaction from knowing they're helping make the city a cleaner place.

"As our project is public art, it also brings together people from all walks of life — from old kite masters in Beijing, to young environmentalists, to participate and make the final public art piece together," explains Guler.

The FLOAT project is 5 days away from its funding deadline on Kickstarter, and only needs about $180 to reach its goal. Learn more at f-l-o-a-t.com.