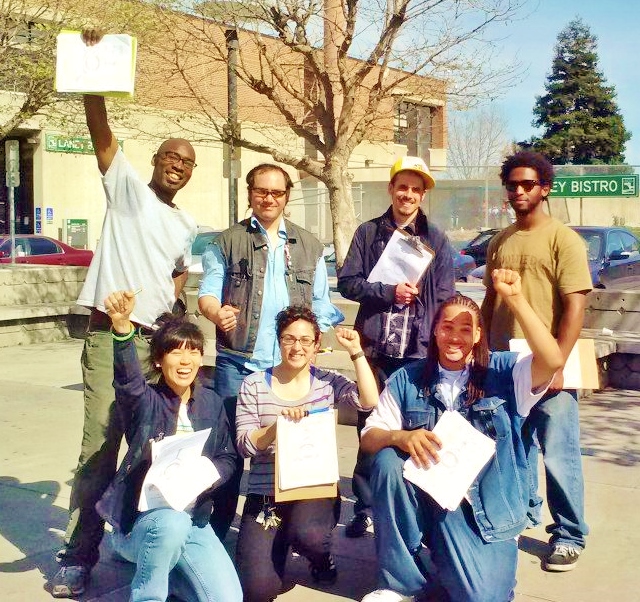 This interview is with Sonya Rifkin, co-director and co-founder of the Community Democracy Project, which began in November 2011 in Oakland, CA.

What is the Community Democracy Project's plan? A participatory budgeting initiative to amend the city charter, which would go on the city ballot for the Nov 2014 election. It would create a direct democratic process for Oakland voters to be directly engaged in decisions around the budget. The platform for decisions and organizing is called the Neighborhood Assembly, which is a forum for education and engagement with the issues. It also allows residents and community organizations to interface with city staff and department representatives.

Residents 16 years and older that have attended at least one Neighborhood Assembly meeting can vote on the budget for allocation of general funds to each city department as a percentage. This will help get young adults engaged in decisions that affect them like parks, police, and after school programs. City Wide Committees, made up of very interested residents, would be established to deal with specific issues and to create proposals for spending discretionary funds that would also be voted on by city residents.

What's the vision or goal behind it? We care about a wide range of issues and lot of problems come back to questions of power – access to resources and self-determination and being engaged in decisions that affect our lives. Problems arise in politics from the right people not being invited to the table. The strength of this process is people getting connecting and understanding each others' perspectives and empowering communities, which can have far reaching potential for enabling people to solve their own problems. Currently, many Oakland residents tend to be very engaged and have creative solutions but don't have a platform to weigh in, and we deserve more than 2 minutes on a microphone.

Why Oakland? Given Oakland's history of being politicized, it's be a great place to do it. People here are ready and have a good understanding of what's not working – the city is strapped financially and the political culture excludes most members of the community. At the Oakland town hall forums, public employees unions share their concerns about budget problems. There is a sense though among residents that you put concerns about contentious budgeting issues on the table and you don't know where they will go or maybe the decision has already been made. We want to be involved early in the process so this doesn't happen.

How do you propose it will engage the communities and people that are not already engaged? Built in are staff positions, including three organizers per district, to outreach to less politically engaged communities and address disparities. It doesn't require a large time commitment to participate in the vote, people would have to come to at least one meeting to participate, but the Neighborhood Assemblies would be autonomous so they can work around the schedules of the people who live there and do what they need to do to help get people there. Each Assembly would have a budget for space, food, childcare, etc. and would meet in the neighborhood.

What would be the city administration's role? Lots of technical work and analysis would still be done by the City. This process opens up the interface between city staff and residents. City staff would present to residents instead of city council members. City Wide Committees on parks for example could include city staff, community representatives, and parents to broaden perspectives included in the discussion.

What challenges do you see ahead in getting this passed and implemented? The will to mobilize people. We need to get 15% of registered voters, equivalent to about 30-40 thousand signatures in 180 days to get it on the ballot. Our core membership is 8-10 people, with a database of about 500 supporters and contacts. We also need to win a campaign to convince people to create systemic change that empowers residents, and that will inevitably trigger strong opposition that we will have to fight. Getting people to envision something new and getting people to believe that it's possible is also challenging. But real democracy is a very old idea that reminds us of that possibility.

What are your next steps? We got approval from the City and so we are having our launch event and start gathering signatures on Saturday. Every Saturday and Sunday we will be gathering signatures and hosting other events during the week. To get involved, you can like our Facebook page, take a look at our budgeting process graphic, and learn more on our website.

To start a participatory budgeting in your city, check out the Participatory Budgeting Project.