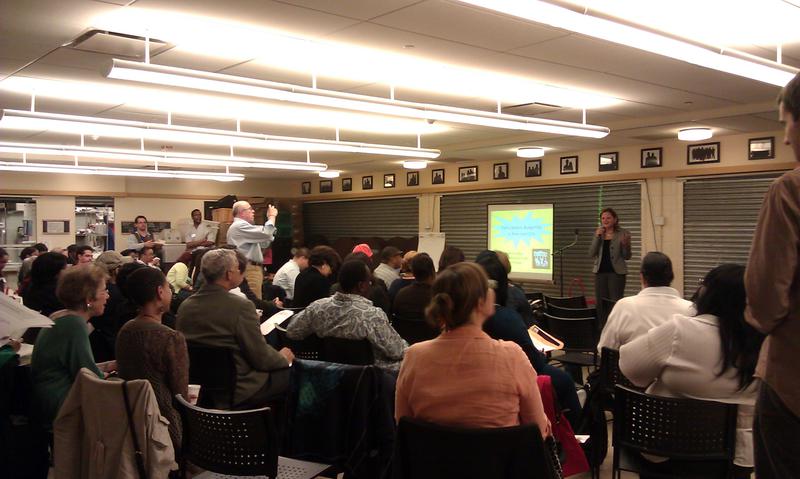 Supervisor David Chiu announced last week that residents of District 3, which includes North Beach, Chinatown and part of the Financial District, could vote on how to spend $100,000 in discretionary funds. It’s part of a civic innovation called participatory budgeting, with the money earmarked for one-time community projects.

The city is working with two New York City-based nonprofits, the Participatory Budgeting Project and the Right to the City Alliance, to spark engagement with the public about which projects are most needed.

“A deeper level of civic participation will improve our community investments in our neighborhoods,” Chiu said.

Chiu said he wants constituents to help him identify projects and those people vote on which ones will get funded. The city must spend the money by April 2013.

Nestor Fernandez II, executive director of the Telegraph Hill Neighborhood Center, said funding could supplement his organization’s after-school programs serving middle school and high school-age youth, especially tutoring and enrichment. Fernandez said he would like to see more aid to his senior clientele, especially shut-ins unable to make it to the center’s dining room for lunch.

“What’s high on my mind is that we have additional funding so that we could kick-start a program for those who aren’t able to leave their homes,” he said. “They’re a somewhat forgotten population.”

“There are quite a lot of needs in the neighborhood, from improving streetways to improving park space,” Fujioka said. “But the goal is encouraging community participation in using the funds in the best way possible.”

The city could also invest in personnel serving the neighborhood, said John Golinger, president of Telegraph Hill Dwellers, a neighborhood association. He suggested hiring a director for the recreation center at the Joe DiMaggio Playground, a position vacant for almost two years. Golinger also said Chiu could open a satellite office in the district as a convenience for residents who can’t make it to City Hall.

The potential for engagement from community members, whose voices are often left unheard in the legislative process, pleases Josh Lerner, co-founder of the Participatory Budgeting Project.

“At a time when trust in government is so low, participatory budgeting offers a golden opportunity to increase transparency, build community and engage people in democracy,” he said.

Participatory budgeting was initially developed in Porto Alegre, Brazil, in 1989 and is now used in more than 1,500 cities worldwide. But the U.S. has been slow to embrace the practice. San Francisco is only the fourth city in the nation to adopt it. Voting districts in Chicago, New York City and Vallejo, Calif., have already doled out small sums for use by communities. Yet, Lerner said the trend will continue.

“Until a few years ago, we found that most elected officials in the U.S. were reluctant to look to other countries for ideas about democracy. What could Brazil teach the U.S. about democracy?” Lerner said. “Since participatory budgeting was launched successfully in the US, first in Chicago’s 49th Ward in 2009, and then in New York and Vallejo, it has become much harder for officials to say that participatory budgeting would not work here.”

Oscar Grande, an activist with San Francisco-based People Organizing to Demand Environmental and Economic Rights, said in a 2011 interview that residents would feel empowered by involving themselves in spending government money, which is normally reserved for political leaders.

“We feel it’s time to think about ways that regular everyday people can actually be in control of the decisions being made — with direct, tangible results,” Grande said.

TJ Johnston is a reporter for the San Francisco Public Press covering homelessness and other local political issues. His work also appears in Bay Citizen, Center for Public Integrity, Street