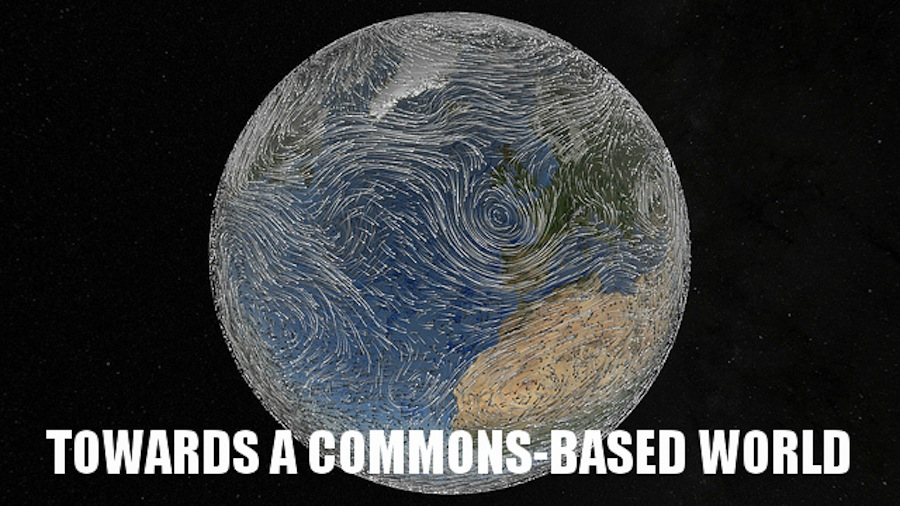 Last week, commons advocates the P2P Foundation, Guerilla Translation, and their partners launched Commons Transition, a public forum to further commons-oriented policy-making. Commons Transition is based on the groundbreaking work of the Free/Libre Open Knowledge (FLOK) Society in Ecuador.

In 2006, following a citizen revolution, Ecuador began a transition to a commons-based society. The FLOK Society, an organization created to articulate what a commons-based economy would look like and what policy recommendations would be required to realize it, created a collection of policy papers to aid the transition. For Commons Transition, these policy papers have been reframed in a non-region-specific way to be applied for the benefit of commoners around the world.

In an ebook overview of the Commons Transition project, Michel Bauwens, founder of the Foundation for Peer-to-Peer Alternatives, and John Restakis, former Executive Director of the BC Co-operative Association in Vancouver, detail the key elements of Ecuador’s plan to transition to a commons-based economy and society:

This vision for a new society, Bauwens and Restakis explain, formed the basis for the country’s National Plan and the move to “fundamentally alter the nation’s productive matrix from one of dependency on foreign capital and oil extraction to the construction of an economic model based on the values of commons, co-operation, and free and open access to knowledge.”

Of the FLOK Society, Bauwens and Restakis write:

The first characteristic of the FLOK process is of course its very existence. This is the first time that a transition plan to a commons-based society and economy has been crafted. There are ‘new economy’, green, social economy, and other transition plans, but none of them have focused on re-organizing society and the economy around the central concept of the Commons as the core value creation and distribution system.

“We share them,” explains Stacco Troncoso of the P2P Foundation, “in order to provide an overview of the many precedents and possibilities pointing toward a fairer societal order, and to inspire civil society collectives at the local, regional, national and global levels to adapt them to their particular contexts.”

“With the Commons Transition Plan as a comparative document,” Bauwens and Restakis write, “we intend to organize workshops and dialogues to see how other commons locales, countries, language-communities but also cities and regions, can translate their experiences, needs and demands into policy proposals.”

The plan for Commons Transition is not to impose or prescribe solutions but to stimulate discussion and the crafting of commons-oriented policy proposals specific to different contexts and locales.

“Basing a civil society on the commons (including the collaborative stewardship of our shared resources),” says Troncoso, “would enable a more egalitarian, just, and environmentally stable society. The proposals presented in our web platform go beyond rhetoric and are inspired by successful, self-organized working communities that maintain themselves and their environments through commons-based peer production, property and governance.”