A Shareable Explainer: What are the Commons? - Shareable
Skip to content 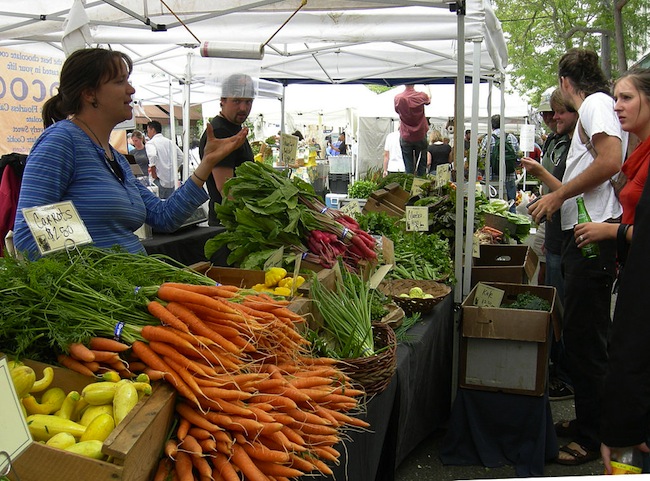 Commons are often associated with natural resources like the oceans and forests — areas that belong to everyone. But commons are not just resources. They are not simply Wikipedia pages or the city grounds used for urban gardening. They comprise of a resource, a community, and a set of social protocols. The three are an integrated, interdependent whole.

What are the commons?

Commons should be understood as a dynamic, living social system — any resource that can be used by many could inspire people to organize as a commons. The key questions are whether a particular community is motivated to manage a resource as a commons, and if it can come up with the rules, norms, and sanctions to make the system work.

Is there a clear example of a commons-based business?

The internet provider Guifi.net in Catalonia shows how commons can create a new paradigm of organizing and producing. This bottom-up, citizen-driven project has created a free, open, and neutral telecommunications network based on a commons model. This is how it works: People put Wi-Fi nodes on their rooftops, which is extended and strengthened each time a new user adds a node to the network. Currently, Guifi.net’s broadband network has more than 30,000 active nodes and provides internet access to more than 50,000 people. The project started in 2004 when residents of a rural area weren’t able to get broadband internet access due to a lack of private operators. The network grew quickly over the whole region, while the Guifi.net Foundation developed governance rules that define the terms and conditions for all users of the network.

The example shows that in creating any commons, it is critical that the community decides that it wants to engage in the social practices of managing a resource for everyone’s benefit. In this sense “there is no commons without commoning.” This underscores that commons is not only about shared resources — it is mostly about the social practices and values that we devise to manage them.

In what areas are commons active?

Examples of commons can be found today in different areas:

It is interesting to consider the improbable types of common-pool resources that can be governed as commons. Surfers in Hawaii, catching the big waves at Pipeline Beach have organized themselves in a collective to manage how people use a scarce resource: the massive waves. In this sense, they can be considered a commons: they have developed a shared understanding about the allocation of scarce use of rights.

Is commons a new idea or are there examples from the past?

From a historical perspective, commons were an essential part of the economical and social system of rural societies before modernization took place. People in rural areas depended upon open access to the commons (forests, fields, meadows), using economic principles of reciprocity and redistribution. When common grounds were enclosed and privatized, many migrated to cities, becoming employees in factories and individual consumers, and lost the common identity and ability of self-governance. The modern liberal state separated production (companies) from governance (politics), while in the commons system these were an inseparable entity. In industrial capitalist societies, the market with its price mechanism became the new central organizing principle of society.

How do privatization and enclosure affect the commons?

Nowadays massive land grabs are going on in Africa, Asia, and Latin America. Investors and national governments are snapping up land that people have used for generations. All over the world, all aspects of life are being monetized with the expansion of private property rights: water, seeds, biodiversity, the human genome, public infrastructures, public spaces in cities, culture, and knowledge.

What is the importance of digital commons?

The internet has been an arena for experimentation and innovation, precisely because there is no legacy of conventional institutions to displace. Entire new modes of creative production have arisen on the internet that are neither market-based nor state-controlled. Open-source software, Wikipedia, and Creative Commons licenses have emerged as a new way of production that is nonproprietary and based on the collaboration of widely distributed, loosely connected individuals who cooperate with each other.

Prior to the rise of the web, commons were usually regarded as little more than a curiosity of medieval history or a backwater of social science research. Now that so many people have tasted freedom, innovation, and accountability of open networks and digital commons, there is no going back to the command-and-control business model of the 20th century. The full disruptive potential of this profound global cultural revolution is still ahead.

What role can commons play in the actual economic and institutional crises?

The commons offers a powerful way to re-conceptualize governments, economics, and global policies at a time when the existing order is incapable of reforming itself. The most urgent task is to expand the conversation about the commons and to ground it in actual practice. The more that people have personal, lived experiences with commoning of any sort, the greater the public understanding will be. In a quiet and evident way, the commons can disclose more and more spaces in our everyday life in which we can create, shape, and negotiate our lives.

What are the differences between commons and markets?

This piece was written by Bart Grugeon Plana, a journalist and contributor of the New Economy and Social Innovation Forum (NESI Forum). It is based on the book “Think Like a Commoner: A Short Introduction to the Life of the Commons,” by David Bollier.

NESI Forum is the only Global Forum on New Economy and Social Innovation, which brings together the main actors of change and opinion leaders to think, talk and lay the

NESI Forum is the only Global Forum on New Economy and Social Innovation, which brings together the main actors of change and opinion leaders to think, talk and lay the foundations of a new economy, more sustainable, social, based on values and aimed at the common good. It will gather 900 speakers, opinion leaders and change-makers from all over the world in Malaga, Spain, on 19th-22th April, 2016.

NESI is supported by the Global Hub for the Common Good Foundation a think-tank created in 2015 with the vision of boosting a new social, economic and political model geared towards a common good.