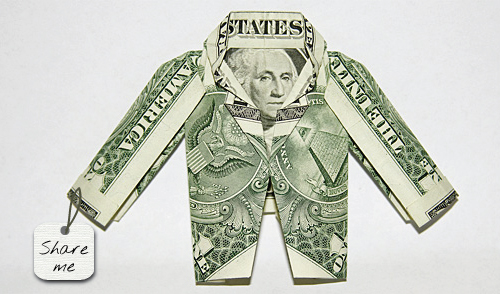 Platforms and tools for sharing goods and service are laying the groundwork for a new, fairer economy. The next frontier for this shareable economy is the collaborative distribution of financial capital itself. With the success of Kickstarter and the rise of hundreds of distinct platforms, crowdfunding is now a readily available method for generating the resources needed for many creative and social change endeavors.

And crowdfunding is only one side of the story. All over the world, people – with or without individual wealth – are taking philanthropy into their hands, acting collectively and generating support for important work that might not otherwise find funding through traditional channels. Giving circles – an old idea – are cropping up everywhere in diverse new forms.

Based on a post from Awesome Foundation founder Tim Hwang, I have been calling this combination of crowd-and-community funding “New Giving,” and I am launching a new project, the Adventures in New Giving – to help its practitioners connect, both locally and globally, to share stories and build relationships that can enhance our impact in creating the new economy.

About a year ago, I started organizing Awesome Foundation Seattle. Awesome Foundation is a worldwide network of local (or topical) giving circles that award monthly, $1,000 micro-grants to the best ideas that come across our very simple, accessible application form. The money is collected from participants, and decisions are made collectively by those who give. Awesome grantees are an incredibly eclectic mix of doers and makers in the arts, technology, civic engagement, sustainability and more.

I was drawn to Awesome Foundation for many reasons: its promise for building social capital in my community; its potential to catalyze innovation by attracting practitioners from a diverse range of perspectives. Having studied philanthropy’s impact on social change and the arts from the outside of traditional foundations for some time, I also loved Awesome Foundation because it gave me the opportunity to participate as a philanthropist regardless of my economic circumstances. It was lean, it was open, and we could get started rapidly.

Which is exactly what we did. This week, we will be choosing our seventh local grant winner. Each grantee is amazing, with powerful projects and stories. One in particular illustrates the potential of community-centered, collaborative giving.

Seattle is a wonderful place to live, but our weather is notorious. Most people from elsewhere think that the major drawback is the rain, but if you live here you know it’s actually the long, dark winters. Between the overcast and our northerly latitude, the days are short, and many people suffer from some level of depression or seasonal affective disorder.

As we entered the winter last year, we received a proposal to launch a new arts festival to address the darkness and isolation of the winter months. Onn/Of – a Festival of Lights was planned as a weekend-long indoor arts festival in January with pieces and installations that use various forms of light. The applicants were local curators with a great reputation, and we were instantly sold.

Onn/Of was a huge success. It was previewed by the main local free weekly culture paper. The art was amazing, the attendees ranged from families with young children to folks who partied into the late night hours with local bands. But there was something more. I talked to most of the 14 participating artists and businesses and asked them how they connected. I expected them to say they’d all known each other for years, but to the contrary the organizers had gone beyond their own list of “usual suspects” and invited people into a totally new collaboration. So what can $1000 and an open process buy? It can launch a new arts festival, produced in 2 months, that sparks a new collaboration and serves an authentic need for community interaction and warmth. In other words: social capital + innovation + diversity + rapid deployment.

So, now I’m hooked. I want to explore the potential for collaborative giving. I want to connect other New Givers so we can learn more from each other and reach our fullest impact as rapidly as possible.

That work has begun. I have been pulling together conversations with other young philanthropy leaders (locally and at SXSW) and writing about their work for several months.

There is so much more to do. The practice of New Giving is roughly where the Sharing Economy was three or four years ago – cropping up all over the place, but lacking some important pieces that can support the growth of a movement.

And so, true to form, I am crowdfunding on StartSomeGood to build support for the first major phase of the Adventures project. I am very open to support from organizations and institutions. However, I believe the project will be stronger if, as Suresh Fernando has written here, it can largely “circumvent the current institutional framework” by building a distributed network of supporters who can engage beyond the initial funding.

I hope the project becomes a platform that empowers more people to launch and support creative endeavors. Let’s make money itself more shareable and less of an obstacle for innovators.

I hope you will consider joining me on this Adventure and thanks to Shareable.net for being a media sponsors!

Nathaniel James is a social innovation consultant adept at developing and implementing strategies that leverage social capital – community, collaboration, and partnership – in other words: people power.

Nathaniel James is a social innovation consultant adept at developing and implementing strategies that leverage social capital – community, collaboration, and partnership – in other words: people power.