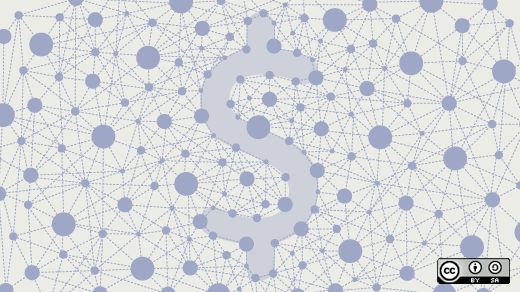 One of the most impressive qualities of crowdfunding is its versatility. Feature films, music releases, web startups, gadgets, art projects, urban farms, journalism, open-source platforms, and social activism comprise only a short list of the types of projects that have been funded by crowdfunding. And as we’ve explored during this week’s Crowdfunding Nation series, it's only expanding. We’ve been covering crowdfunding since Shareable launched, and here are some of our favorite crowdfunded projects both past and present.

MakerBeam is a project to ignite the imagination of makers and the open source community. The Mini-T is a building system fashioned from aluminum beams that operates like a Lego baseplate for open source hardware projects, enabling makers to create anything from toy robots to operational machines. MakerBeam follows the Mini-T standard, and is now available for order through SparkFun.

Save the Atwater Elementary School Library

As Shareable has been covering in our series on the state and future of libraries, these centers serve a crucial role in the community, and are becoming hubs for sharing. But as budgets are slashed, libraries are threatened. The Atwater Elementary School library is one such threatened library, having closed only two weeks into the school year due to California’s funding crisis. A campaign is underway on IndieGoGo to save the library, with the non-profit Friends of Atwater Elementary requesting $30,000 to hire a librarian, keep the doors open and renovate the library.

The Global Village Construction Set (GVCS) is an open-source project to develop a wide variety of industrial machines. With plans for 50 machines that include a 3-D printer, backhoe, bakery oven, and even a bulldozer and cement mixer, the GVCS aims to furnish all the tools needed by a small society off the grid or in the developing world. Though they have realized many of their plans already, Open Source Ecology are now soliciting funds for the GVCS through a Kickstarter campaign.

The FreedomBox is a project to make secure Internet access cheap and widely accessible. A plug computer, the FreedomBox serves as a wireless Internet router and stores and encrypts data to keep it private and secure. The FreedomBox quickly surpassed its $60,000 crowdfunding goal earlier this year.

Among designers and those of us who are merely geekily-obsessed observers, filmmaker Gary Hustwit is reaching folk hero status for his ability to turn dry design topics into engaging cinema. The director of Helvetica and Objectified is now filming Urbanized, the third in a trilogy of design documentaries. The film, which examines the issues faced by architects, city planners and policymakers as the world’s population migrates into urban centers, received much of its funding through a Kickstarter campaign.

Help Me Help Others

This one’s close to home: our own Kelly McCartney is soliciting contributions through IndieGoGo to help her drive around the country in a motorhome while volunteering at organizations such as H.A.R.P., The If Project, and the Charlotte Maxwell Complementary Clinic. The more you contribute, the more time she will have to volunteer. She’s documenting the process on Shareable in her Motorhome Diaries blog, and accepting contributions through IndieGoGo.

Since the venerable Monopoly teaches kids the dubious values of the 1%, the The Toolbox for Education and Social Action has created Co-Opoly, an educational board game in which players are tasked with running a collaborative, democratic business. The game was funded through a Kickstarter campaign, and continues development in advance of the game’s impending release.